During his seven-year career Miller won 2 NFL championships, 1932-1933 Bears, and played in some of the most famous games in NFL history. Miller started at center for the Bears in the 1932 NFL Playoff Game played in indoors at Chicago Stadium between the Bears and the Portsmouth Spartans, winning 9-0. The followed year he started at center again as his Bears played in the first NFL Championship Game (1933) as his Bears defeated the New York Giants, 23-21.

“Ookie was a good center. He could block and he could tackle. And he could move.”—George Musso, former Bears teammate and Hall of Famer, said in a 1999 NFL Films interview.

“Ookie Miller is the center and his exhibition in the playoff game against (Mel) Hein, New York, left no room for doubt. Miller is a superb passer, follows the ball closely and slashes through consistently when on the defense.” —wrote G. W. Calhoun of the Green Bay Press-Gazette, in naming Miller First-team All-Pro in 1933, selecting him over Hein.


Over twenty years ago I was fortunate to interview Miller for one of our NFL Films shows. On March 30, 1999, I traveled to Bayonet Point, Florida (about forty miles northwest of Tampa) to sit down with Miller to talk about his NFL career. At that time Miller was 89-years old. When he greeted us, Miller was still in tremendous physical shape, had a nice Florida tan, and was in great spirit to talk about his pro career. 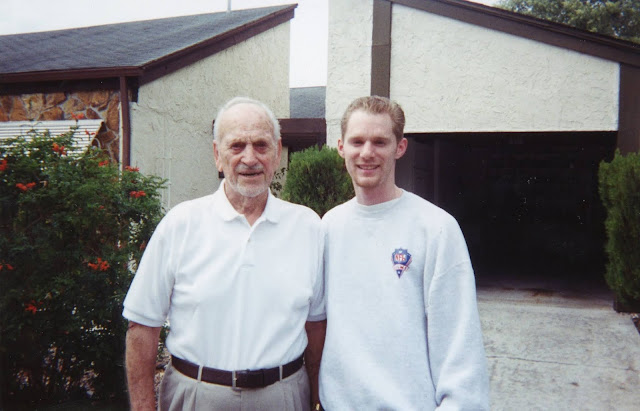 I was astounded by Miller’s recall of events some six decades earlier. I interviewed him for two hours and he was more than willing to answer all of my questions. He didn’t need a break and could’ve gone longer. Some of his answers included the following topics:

He told me about his unique nickname from an early age:

“When I was quite small I couldn’t say ‘cookie’. My three-year old brother made fun of me and he said ‘ookie’. Everywhere I’d go he’d call me ‘ookie.’ It hung on even into high school. That’s the way I got the name.”

“I liked George. He was one of the boys. He’d been an athlete. He was athletic. He treated you like an athlete. He had rules, I have the payments to show for them. He’d fine you for being about it. I enjoyed playing for Halas.”

“It was stinking and dirty…One of our players got sick in the stomach and threw up. Oh, it was bad…There’s a lot of disadvantage to a small field like that, because you couldn’t your repertoire is limited. One of our best passers couldn’t be used at all because he threw the ball as long as the field was, he doesn’t have the accuracy.”

On game-winning touchdown in 1933 NFL Championship Game (Bears vs Giants):

“That’s spontaneity. It wasn’t planned. (Bill) Hewitt is a really imaginative individual. He and (Bill) Karr may’ve worked that out together, but I’d never seen it in practice.”

“I felt that I did the best I could when I was on the field, and contributed as much as I could. That’s about all. I was a good teammate, nobody hated me. I don’t think anybody would ever think that I didn’t give all when I was in a ball game. I played 60 minutes. I feel I contributed to every game that I played in. That’s about it.”

I’ve always cherished my time interviewing Miller back in 1999. Even after our interview, we corresponded, by letters, a few times as the interview was used for a piece on the first NFL Championship Game. Over the years Miller has appeared in several of our shows and his 2-hour interview will exist forever in our vault, which makes me feel very gratifying. 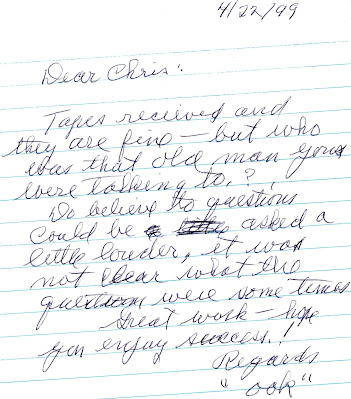 Even after twenty years I always look back with fondness of my time interviewing the man they called "Ookie."