By John Turney
Sure we will miss some, but we've picked players, at least though three-fourths of the season, that have played duel roles, stepped in for injured starters, and have fit in as role players that have helped their team and have impressed.
Sometimes a starter will go down and these guys are the "next man up" or they just do multiple things. Maybe the guy ahead of them got traded or cut. Maybe they are the "1B" running back.
You get it. 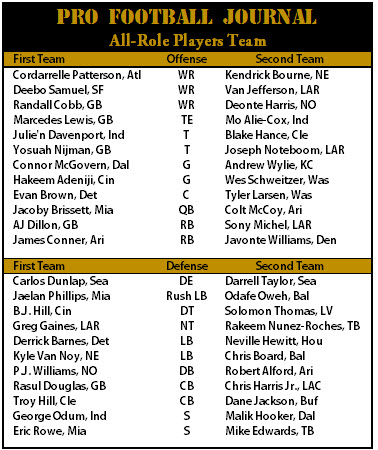