Can Jonathan Taylor or Cooper Kupp Beat Out a QB for MVP? 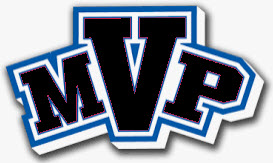 It will be interesting to see if the rareness of the achievements are considered in the MVP race. By that we mean Kupp's achievements, whether they break records or not are rarer, from a historical perspective than either Taylor's or Rodgers'.  The numbers of 140+ catches and 1900+ yards and 17+ TDs are just not as common (if achieved) as 1900 yards rushing and perhaps 18-20 receiving TDs.
What if it were (to use round numbers) 150 catches, 2000 yards, and 20 TDs? Would that do it and break the ceiling? Once again, unknown.
That is not to denigrate Taylor's season it's just counting up the number of times, even on a per-game basis the numbers have been reached. the same is true for Rodgers, and the rest of the QBs mentioned, this is unless someone goes off the next three weeks.
In communicating with people in the know it seems like Kupp has the longest row to hoe. Taylor seems like he has a legitimate shot. Rodgers is tainted but still is likely the front-runner. The rest need big holiday seasons to leap Rodgers and Taylor.
It will be fun to have a race where the winner is not clear and obvious like basically the last decade or more. We have not had a close vote in the AP MVP voting since 2005. This year promises to be like that unless big changes occur in the next three weeks.
Posted by John Turney at 8:46 PM