TUESDAY TIDBITS: "We Wanted to Come out Today and Pick up the Tempo" 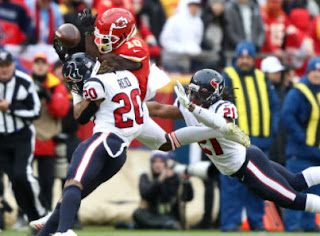 Here we are at the halfway point of the season. So many storylines with thirty-two teams, and some of those teams exceeding expectations, and others...well, the power rankings at the bottom tell that tale. Two teams this weekend did not allow a sack and did not lose a fumble, and both won.

Both Pittsburgh and New England trailed and looked on the precipice of defeat...yet victory beckoned, and when your quarterback is not sacked, and your players hold onto the hog hide you increase your chances. Over the years have trumpeted the defensive passer rating, and this season is no different. The top five teams in pass defense efficiency beginning with the league-leading Colts at 78.5 have won 32 and lost 10.

The bottom seven teams with the porous Houston Texan secondary the worst at 111.2—no they never cover anyone, yet the phone has not rung? Thought possibly they would ask me to join their secondary at age 69 and slow as hell, to try and stop the top triggermen of the league. At least would go to the proper zone. The record of those bottom seven teams you ask—19-40. No pass defense, no victories. There are many games each weekend that intrigue me, and next Monday night the suddenly red hot Vikings go to Soldier Field to take on a Bears team that has lost three straight.

Steve Sabol in 1973 had coach Abe Gibron miked....and he came up with a comical line that has stayed with me for years. Ready? "watch the pass, watch the draw, watch the flea-flicker, ah hell watch everything"....now that is cutting edge coaching.

Never, ever told my defenses anything as comical. Coach Nagy has taken one from Abe's playbook....he stated after the loss to Tennessee...."trust me I'm going to look at everything"....wow Matt? look at everything? Wonder if other coaches in the league might possibly look at everything? If Covert, Bortz, Hilgenberg, Thayer, and Van Horne are available....maybe Coach Nagy will suit them up? They might be ancient, but damn those boys could block. 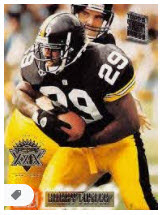 Today we are going to journey back to November 8th, 1992. The Pittsburgh Steelers enter the road game before over 80,000 at Rich Stadium with a record of 6-2. Barry Foster behind a fine offensive line has gained 865 yards on 195 carries...very impressive. Buffalo is attempting to win the conference and return to the Super Bowl for the third straight season. A daunting task, yet they have weapons on offense, and a much-improved defense from '91.

The Bills dominate the first half and lead 21-6. The creative Buffalo offense even uses Mitch Frerotte as a receiver and score. The score would probably have gotten out of hand, but two Steeler fumble recoveries staved off Buffalo. Pittsburgh on their first possession of the second half scores and the margin is now 21-13. Foster has been hammered all afternoon by Bruce Smith and his cohorts as he gained just 78 yards on 22 carries. Smith's quote after the game "I think we definitely made a statement today". 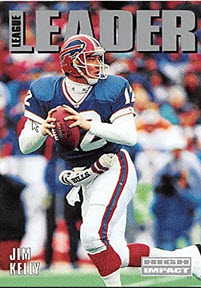 Buffalo drives 80 yards to score, as Jim Kelly completes to Lofton. Kelly on the day had a passer rating of 133.6 as he shredded the Black & Gold secondary. The Bills get the ball back after O'Donnell throws a touchdown pass to Hoge...Buffalo 28 Pittsburgh 20. The fans look up at the clock and see 8:04 remaining in the game as the "red gun" offense comes out of the huddle. Pittsburgh never gets the ball back as Thurman Thomas carries 11 times for 52 yards. On the day Thomas gained 155 yards on 37 carries as the Buffalo offense registered 31 first downs (tied for second-most in team history at this point).

We probably will never see a team eat up clock and run the ball at this blistering tempo ever again, the game as we all know as undergone an evolution. Both these teams earned a playoff berth, and the rematch was at Three Rivers, and the Bills took the measure of the Steelers again 24-3. Here we are 28 years later, and these two top-notch teams are both probably headed to the play-offs and they play in December, and you never know...possibly another January rematch? Before closing, was honored at a Hall of Fame gathering to see Ted Marchibroda sitting by himself at a table.

He was gracious enough to allow me to seat with him, and ask questions. Those that know me, came to a quick realization that I can sure hold up my end of the conversation, yet there is a time and place to ask thought-provoking questions, shut up, and let someone like Coach Teddy talk, and boy oh boy did he. One of my favorite talks ever. Stories on the Redskins, Rams, Redskins, Colts, and the "red gun" in Buffalo. Stay safe.