We Have to Say Goodbye to Leroy "Too Much" Jones 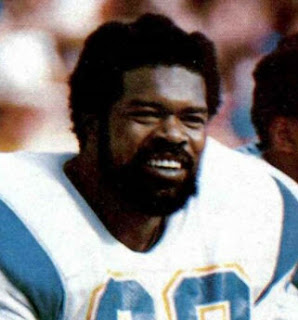 Former Charger Hank Bauer Tweeted that his former teammate Leroy Jones passed away earlier today. Jones played 111 for the Chargers from 1976 through 1983 and 26 games in the CFL for the Edmonton franchise from 1973 through 1975. He'd been drafted by the Los Angeles Rams in 1975 in the Second-round and that is the highest any Norfolk State player has even been taken in the NFL Draft.
Jones graduated from Amanda Elzy High School in Mississippi and attended Norfolk State in Virginia. He is a member of Hampton Roads African-American Sports Hall of Fame, inducted in 2013.

Jones, born September 29, 1950, was 70. Bauer did not mention a cause of death.
He was part of a fine defensive line that sacked quarterbacks 247 times (an average of 49.4 per season) from 1977 through 1981 when the most of the core group was together.
In the Summer of 1976, Leroy Jones was wreaking havoc in the Los Angeles Rams training camp and in the preseason games as well. He even earned a nickname from the local media, a takeoff of "Too Tall Jones's name—they called him "Too Much" Jones.
The Rams drafted Jones in 1975, in the second round but he had been playing in the CFL for three seasons with the Edmonton Eskimos.
Jones spent most of the 1973 CFL season on the taxi squad for the "Esks". At that time he was 6-7, 225 pounds but he was just 23 years old and still growing. By 1974 he was listed as 6-8, 240 pounds. He played well enough to be voted the team Rookie of the Year by the local Edmonton media, playing in 14 games. He also was the season leader in tackles and sacks for the Esks.

He played in the 1974 Grey Cup Championship game and it was reported that he played well in that game though Edmonton lost to the Montreal Alouettes 20-7.
In 1975 Jones held out possibly thinking that since the Rams drafted him in January he was worthy of a raise. He eventually reported and played 12 games in the 1975 season and finished his CFL career with a season in which he was cut before the Grey Cup game—a game his team, Edmonton, won beating Montreal 9-8. Jones had been on the injury list late in the season and his coach didn't think he could help the team in the championship game so he was let go.
In May of 1976, he signed with the Rams to give the NFL a try. As mentioned he'd been drafted in 1975, when his collegiate class had graduated.
After high school, Jones played football and basketball at Norfolk State. He was an AP Little All-American in 1971 as a Sophomore in 1971 and was All-CIAA in both 1971 and 1972. In addition, he was chosen as a Black Sports All-American (1973); Sheridan Black College All-American, and a Pittsburgh Courier All-American.
Jones also got basketball honors as well (he was a good scorer and a dominant rebounder). However, because of poor grades, he dropped out and with the CFL in the Summer of 1973.
In Canada, Jones earned the nickname of "Bad Man" Jones. Here are a couple of examples of why, via the Los Angeles Times—

In his first couple of games in the '76 preseason, he was mention in the papers as having made an impact. After the Dallas game, the LA Times wrote, "Leroy Jones played a big game at defensive end, blocking a field goal and forcing Scot Laidlaw to fumble" 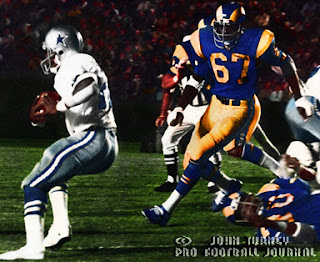 Against Seattle, it was yet another writeup for Jones. Bob Oates of the Times wrote "Jones is the tallest rams defensive end ever . . . and at 4.7 he's the fastest this year" and went on to mention that Jones had blocked two field goals in two weeks (one each versus Dallas and Seattle).
A few days later in  August the Times did a five-column piece on Jones with five photos on the front page of the Sports section, rare for a rookie. 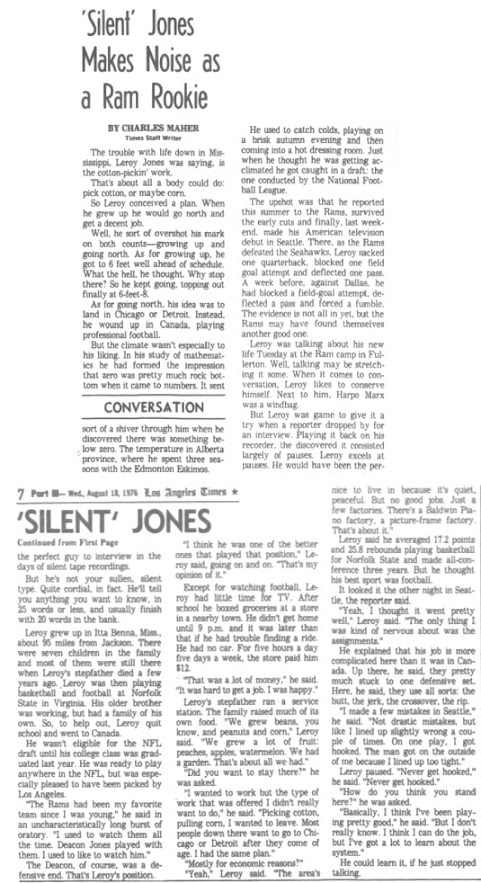 Jones went on to impress the rest of preseason and one team that took notice was the San Diego Chargers—so much so they sent a Second-round draft pick plus $15,000 to the Rams for Jones' services. (The Rams took receiver Billy Waddy with the pick, so it seems the Chargers got the better of the deal).
In San Diego, he took over the right defensive end position vacated by Coy Bacon who had been traded to the Bengals for Charlie Joiner. He acquitted himself well register 53 tackles and five sacks and became the final piece of an excellent front four that included Fred Dean, Gary Johnson, and Louis Kelcher, all of whom arrived in 1975.
The group became fan favorites and became known as the "Bruise Brothers" and they were marketed to a degree with T-shirts and posters and et al. 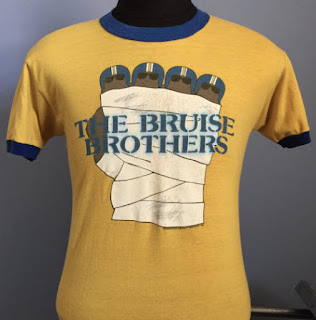 In 1977 Jones (now about 255 pounds) moved to left defensive end, swapping with Dean. Jones had been a left end in Canada and when he was with the Rams. Dean, at 225 pounds or so, was better suited for the right side. The moves worked and the line became one of the NFL's best for the best four of five seasons.
As previously mentioned—from 1977 through 1981 the Chargers sacked the quarterback 247 times, the most in the NFL over that span, and that is even with Dean being traded to the 49ers early in 1981. That total beat out Dallas (239 sacks) and the Rams (234), two teams know for their pass rush. 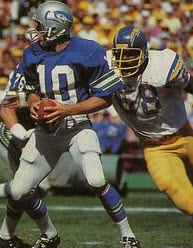 From 1978 through 1981 Jones (now nicknamed "Velvet") averaged 8.5 sacks playing the strong side of the line but never got any post-season honors, though all of his linemates did. Kelcher was First- or Second-team All-Pro four times. So was Big Hands Johnson.  Fred Dean was All-Pro once with the Chargers and a Pro Bowler twice in San Diego. 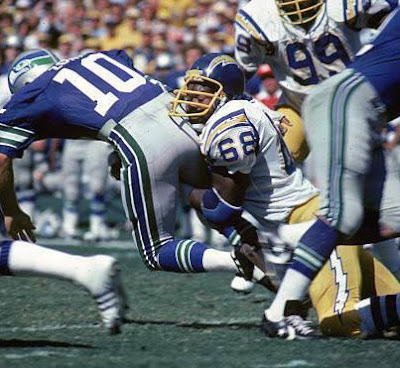 However, it could be fairly said that his 1980 season was Pro Bowl-worthy with his 55 tackles, 12 sacks, and 7 passes batted along with a pair of forced fumbles. He had a season at least on the same level as Julius Adams who was the AFC backup to Art Still and Dean. But, of course, that's speculation.
The Chargers knocked on the Super Bowl's door in 1980 and 1981, losing in the AFC Championship games and losing to Miami in the division round in the 1982 playoff tournament.
In the January 2, 1982, 41-38 epic playoff game against Miami, Jones blocked a 35-yard field goal 11:27 into overtime, which allowed the Chargers to drive the game-winning field goal.
Jones' production declined each of those years after 1980 and in September 1983, Jones was re-signed to be strictly a backup, and played little—not recording a tackle or assisted tackle in what was his final season.
Career stats—

In the Tweet, Bauer reported that Jones would often say, "I stand six foot eight and I'll set you straight!"
Leroy set a few quarterbacks straight, that's for sure.
Posted by John Turney at 11:43 AM