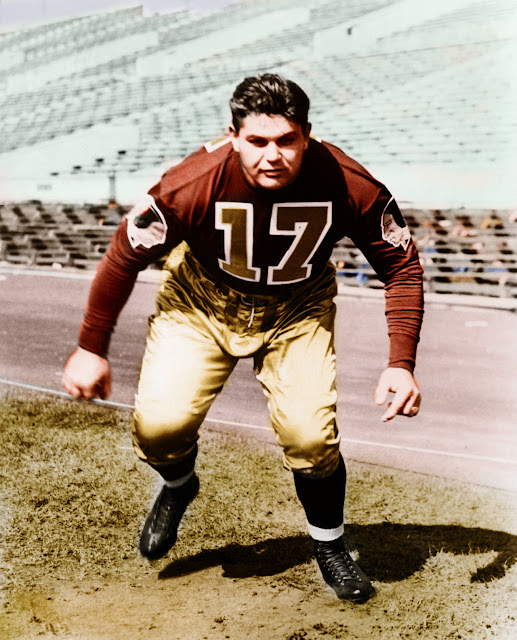 Flipping through his folder I came across nearly 100-pages of his playbooks from the years 1938-1941. These pages show the Washington offense and defense during thier hey days with Sammy Baugh, Cliff Battles and coached by Ray Flaherty.

I've included a handfull of pages from this special playbook notes: 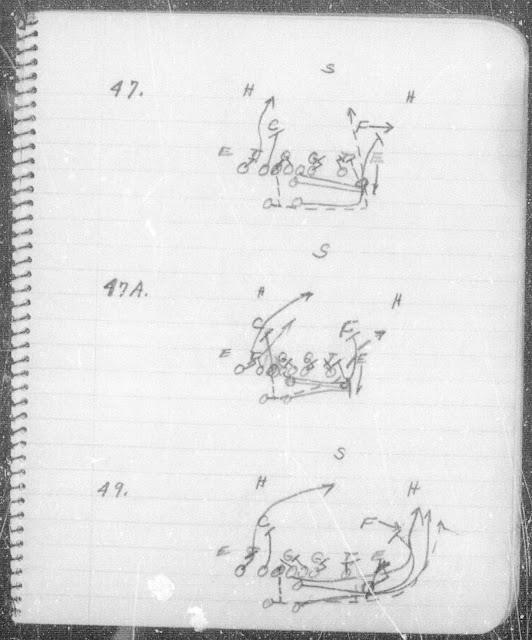 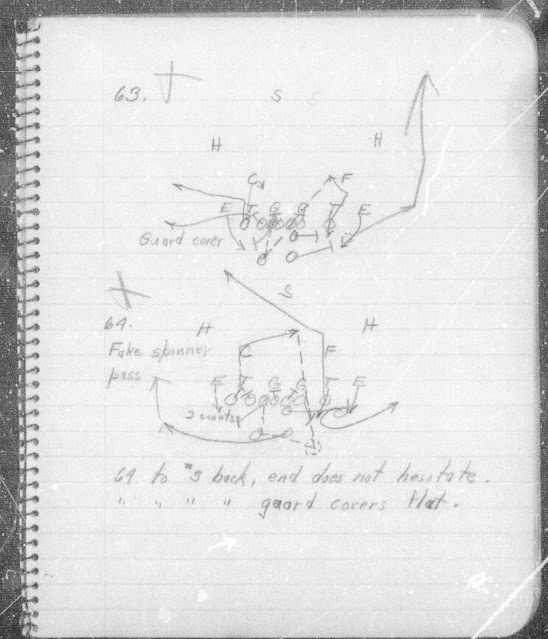 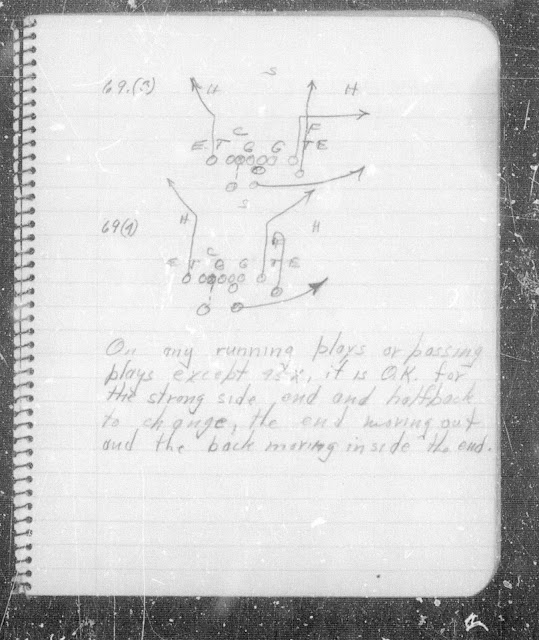 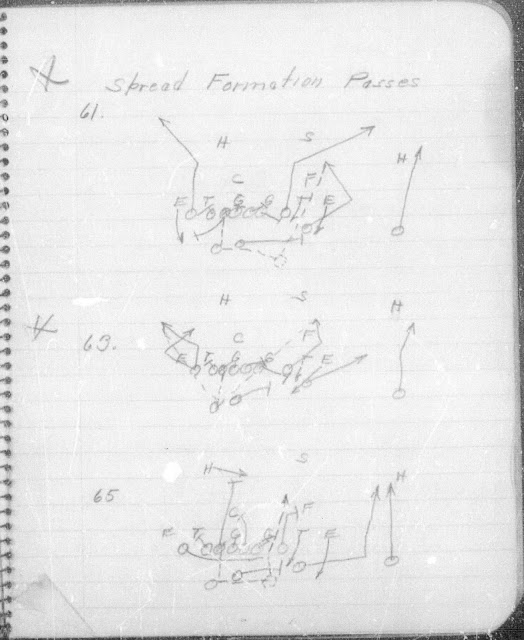 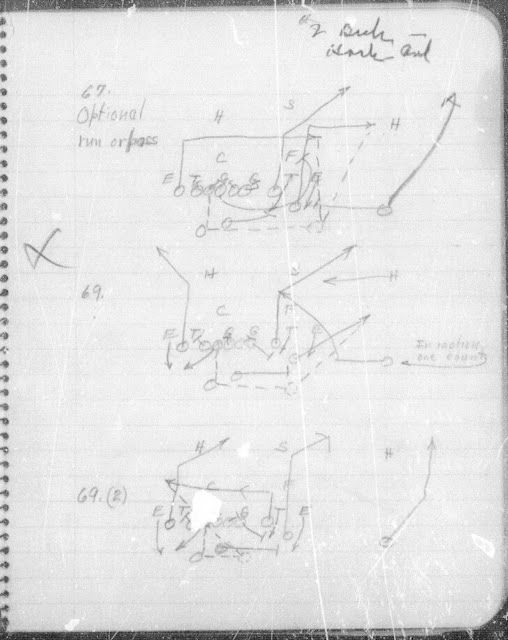 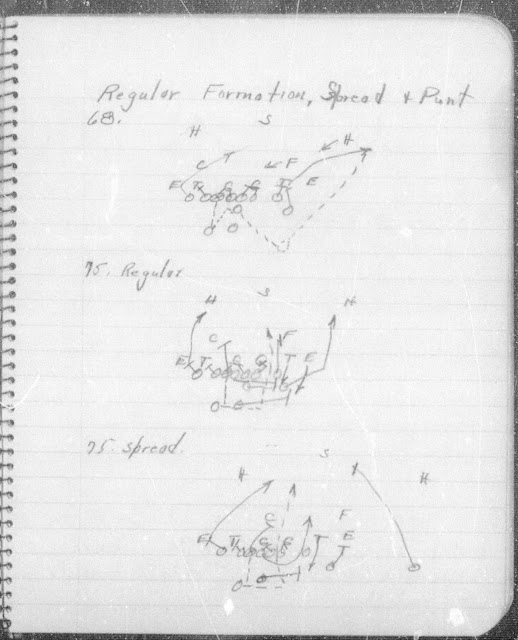 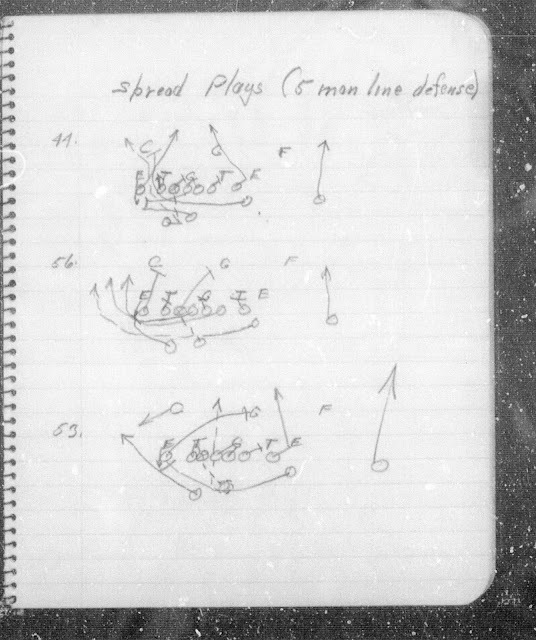 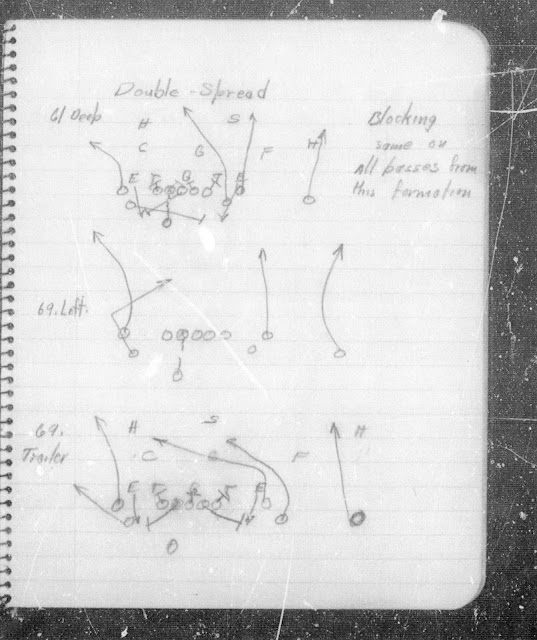 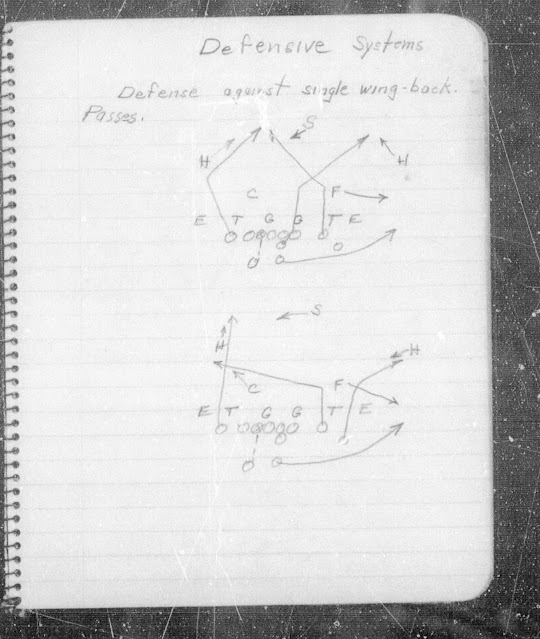 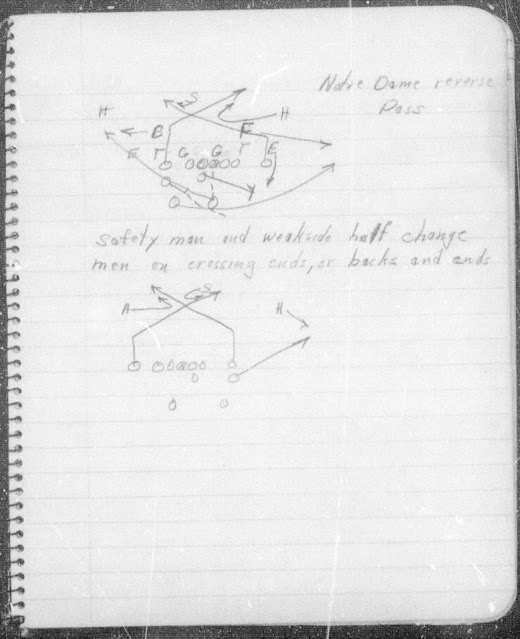 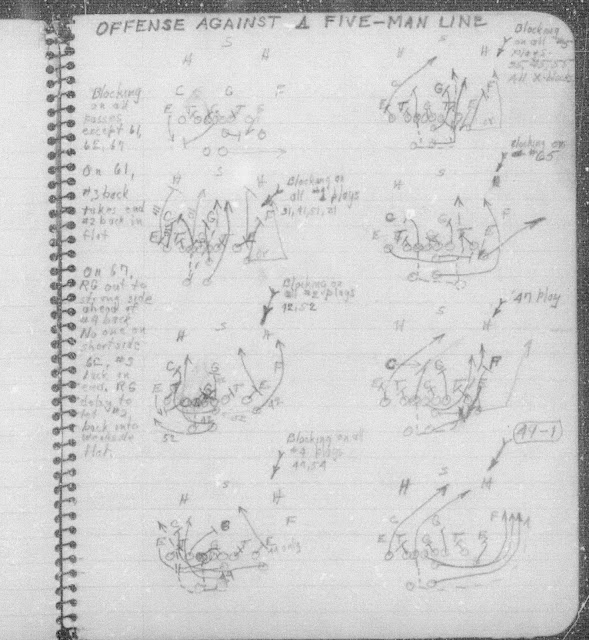