By John Turney and TJ Troup
The 1954 Retro All-Rookie team is headed by Harlon Hill who had a monster rookie season catching 45 passes for 1,124 yards (a 25.0-yard avg) and twelve touchdowns. Hall of Fame guard Stan Jones played tackle for the Bears as a rookie and did a good job.
Defensively Jack Brumfield stood out for the 49ers as one of the best pass rushers in the league. Les Richter stepped in and played linebacker and kicked for the Rams and did well at both.
The era of this Retro All-Rookie series is documented in TJ Troup's book The Birth of Football's Modern 4-3 Defense: The Seven Seasons That Changed the NFL and is full of more detailed accounts of the NFL seasons 1953-59— 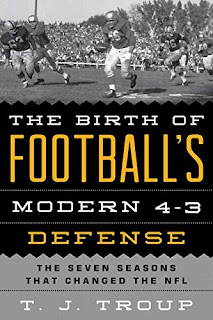 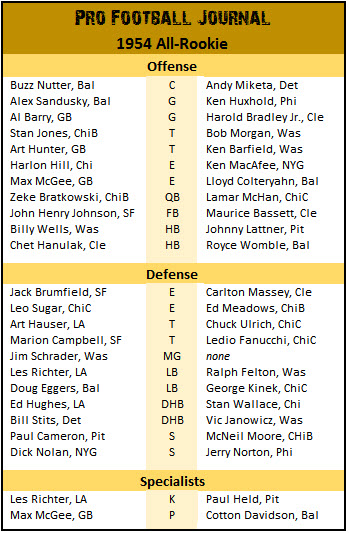