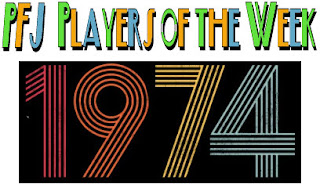 The Associated Press stopped releasing NFL Players of the Week in 1973 and Pro Football Weekly began in 1978 leaving a 1974-77 gap.

We've attempted to fill that gap, cribbing quite a lot from Prolog magazine, NFL Report, and from Pro Football Weekly's annual and in 1977. While we've worked on this a long time that does not mean we are 100% right. So, we welcome comments and would be willing to change if a case is made that we're wrong. 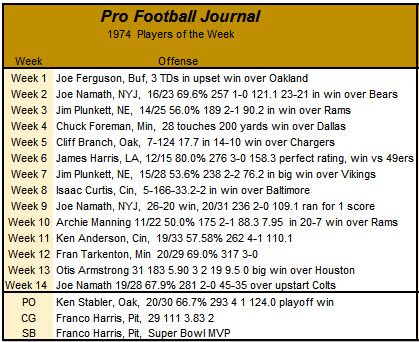 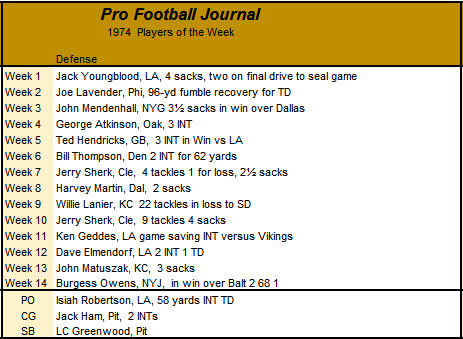 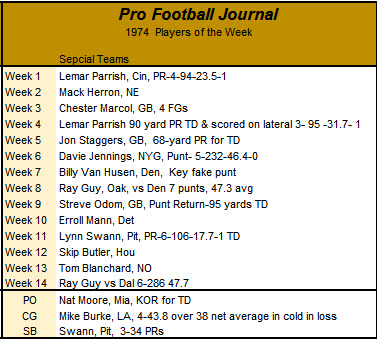