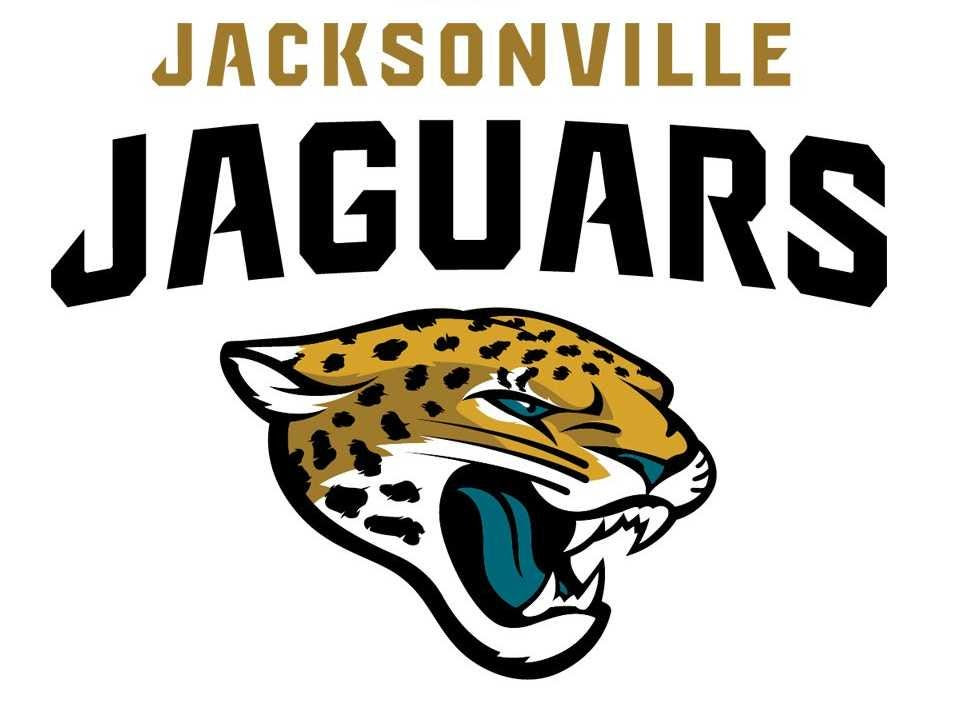 We are trying to pick the best individual seasons in the history of each franchise, which we will continue today with the Jacksonville Jaguars. By "Career-year" we mean the best performances at each position, with the following rule: Only one season per player per position. For example, here, we cannot pick Fred Taylor's two seasons and use both running back slots. 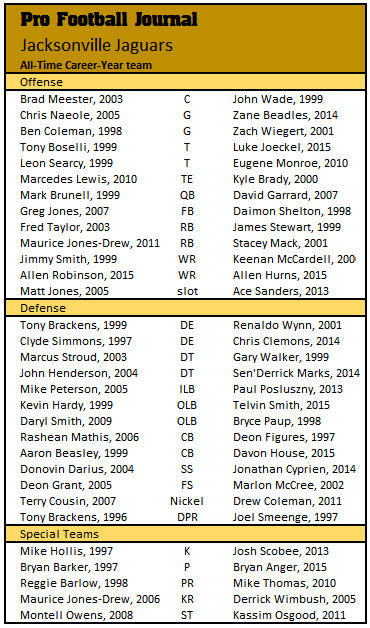 The Jaguars were fairly easy to pick. For one, they have a short history, entering the NFL in 1995. Additionally, they have played a 4-3 defense for almost every season, so there are no fussy MLB/ILB picks or a nose tackle to choose, it was straight forward.
was as he set several franchise passing records, but the success of the Jaguars early gave Brunell the edge as did the success Garrard had in the wins versus  column.
The First-team selections were fairly easy as most of them were Pro Bowl or All-Pro seasons, and there are not that many in the Jaguars history. However, no guards have ever been picked for any post-season honors, not even as Pro Bowl alternates.

Tony Brackens gets two slots, one as a starter and another as a designated rusher. His rookie season was really something to watch. But, if one is a , Smeenge could move up and either Andre Branch (2013) or Ryan Davis (2014) would be next up. Jeremy Mincey's 2011 season is a definite honorable mention as is his 2012 season. He had more sacks in 2011 but was more consistent with the pressure in 2012.

Kevin Hardy's 1999 season may be the best season ever for any Jacksonville Jaguar, he was a consensus All-pro as an every-down linebacker who could also blitz. would be close as well as Rasheen Mathis in 2008. We give Akin Ayodele, 2003, an honorable mention at outside linebacker for his fine season.

The kicker and punter were picked on the basis of being Pro Bowlers, even though the stats may suggest Scobee and Anger had better seasons. The kicking game has changed enough that the current players often to represent we consider the era and compares a player's season with those of his contemporaries.
Posted by John Turney at 12:35 PM