NFL MVPs and Players of the Year 1948 to Present

Tonight Cam Newton will be presented with the Associated Press (AP) Most Valuable Player Award, which he richly deserves. He has already won the Pro Football Writers of America (PFWA) award, making him the consensus MVP.
Here is a look at the major MVP/Player of the Year Awards that began in 1948 with the UPI NFL Player of the Year, then the NEA MVP, then AP and finally PFWA.

Note: The 2015 Official NFL Record and Fact Book lists Charley Conerly as the AP NFL Player of the Year. This is not accurate, as Conerly was the NEA MVP and Johnny Unitas was the AP Player of the Year (which is what the award was called then). Additionally, no AP story moved across the AP wire in 1960 that showed any NFL awards, other than the All-Pro team. In 1960 there were no AP Awards (MVP, Coach of the Year, etc.). Also, Jim Taylor was the AP Player of the Year, for some reason they called it the MVP in 1961 and from 1963 to the present, but 1962 reverted to its pre-1960 verbiage. It does not matter to us, but the Record and Fact Book makes the distinction at the AP's direction we suppose. 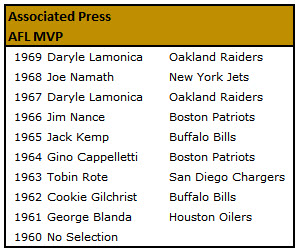 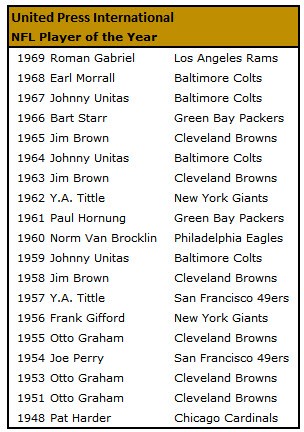 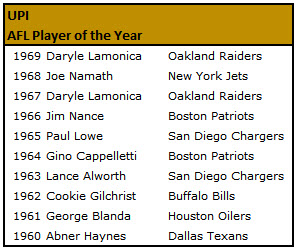 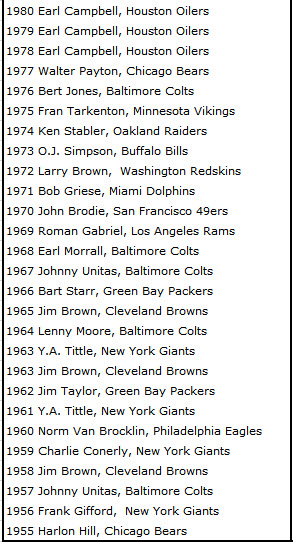 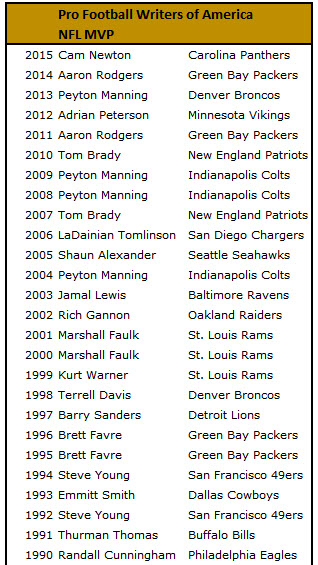 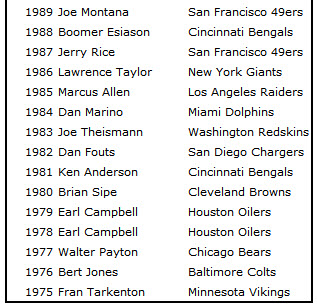