Is The Rams Move to #1 Overall "Unprecedented Historically"?

PERSPECTIVE
By John Turney
From the New York Daily News:
"In return for the top pick and a fourth- and sixth-round picks this year, the Titans receive the Rams first-round pick (15th overall), two second-round picks (Nos. 43 and 45) and a third-round pick (76th) in this year's draft plus Los Angeles' first- and third-round picks in the 2017 draft. No team has ever traded up from as far back as the 15th spot to get to the top spot."


From CBS Sports.com
"On Thursday morning, the Titans and Rams blew up everyone's mock draft. Lit them all on fire and threw them in the dumpster with a massive trade by Los Angeles to move up to No. 1 overall from No. 15. It's an unprecedented move in terms of vaulting that high and it means we could very well see two quarterbacks go  the top two picks for the third time in 10 years."

Also, Rams head Coach Jeff Fisher confirmed in his press conference that a move that far back to #1 overall is "unprecedented".

Well, what they all mean is this:  It is unprecedented in the salary-cap era, the CBA beginning in 1993.

Since the first common NFL-AFL Draft that began in 1967, two teams have moved from further back to acquire the #1 overall pick.

In 1978 the Houston Oilers moved from #17 in the First round to #1 overall to take Earl Campbell. The Oilers traded tight end Jimmie Giles to the Bucanneers, along with the 17th overall pick, a 1978 second-round pick, a 1979 third-round pick and a 1979 fifth-round pick. 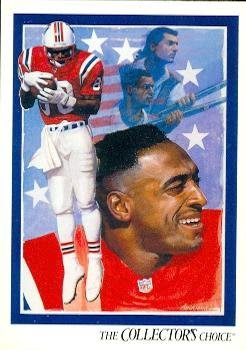 
One note: the 2016 3rd rounder the Titans would receive is conditional on the Rams receiving a compensatory 3rd round pick. Les Snead said that is written into the contract language, so the value or "points" could be even less than the 2720 if  get that comp. . If the Rams don’t get that third-round comp. , the Titans get the Rams’ original third-round pick and it will trigger a clause that will send the a Titans seventh-round pick to the Rams.