In 1996 the Eagles had the usual press conference showing the uniform change that was to occur for the upcoming season. The Eagles tradition Kelly green was being replaced with what the media guide called "Midnight green". 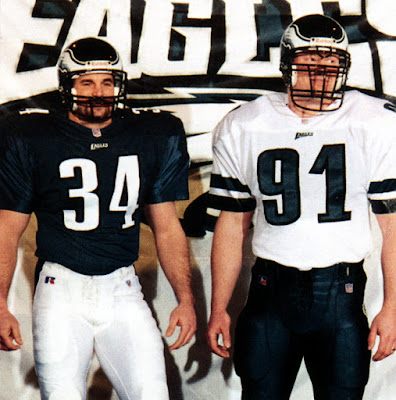 The two-stripe look was changed the following year, but this concept is still  by the Eagles today, though they have added black jerseys and black pants to the mix as alternates. 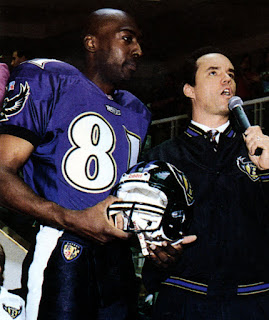 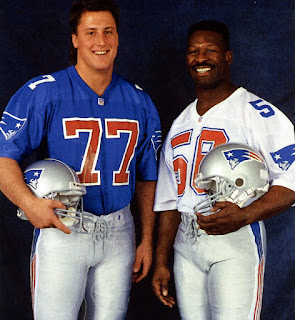 Introduced in 1993, these red-numbered blue jerseys lasted a year, the numbers were too hard to see on television and from the press box. They were replaced with white numerals. The two-color pants stripes were also replaced in 1994, but this concept was worn for six seasons (with another  font tweak) and was replaced with what the Patriots are wearing today in the year 2000.

And here are a couple of shots from that presser: 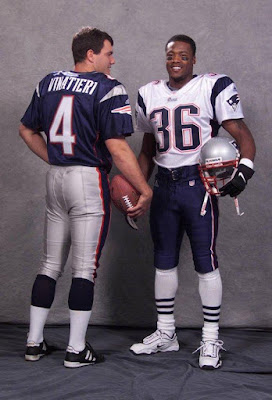 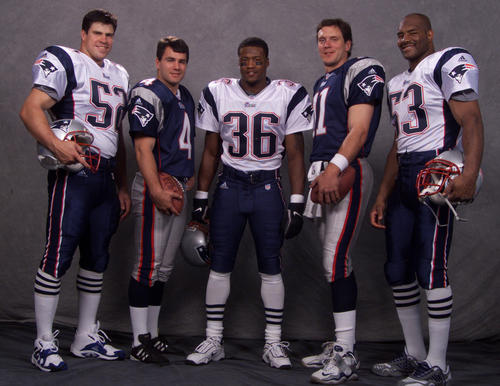