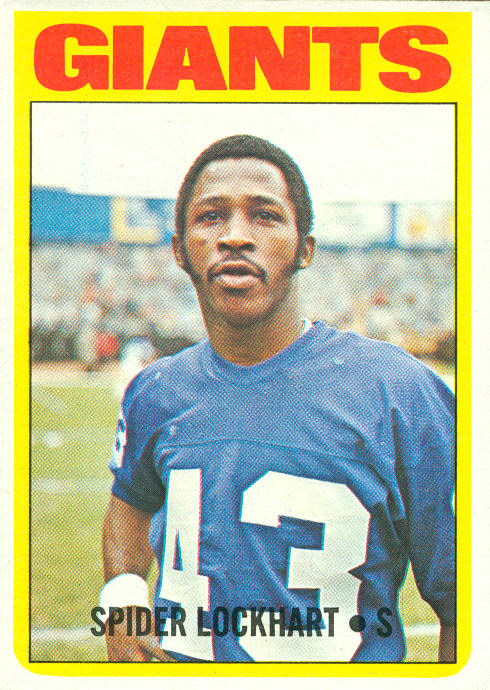 Emlen Tunnell, entering the 1954 season, had already proven he was not only a star safety, but the rare player that was both athletic and instinctive. The New York Giants that season drafted Joel Collier, but he chose not to play pro ball, and as such entered the coaching profession. They would face each other from opposing sidelines in 1972.

George Saimes was an undersized college fullback at Michigan State who was drafted in the 6th round in 1963 by both the Chiefs & Rams as the rival leagues continued their battle for talent. Through trade Saimes was acquired by Buffalo. rookie season he actually played running back part of the time, yet demonstrated he was not a Cookie Gilchirst.

What Saimes did display was toughness and tackling ability as the right safety in an ever improving Buffalo defense coached by Joel Collier. The 1964 Bills team has played strong football all year, yet their loss to Boston has them in a precarious position . . must beat Denver on the road to set up the showdown with the Patriots on the final weekend of the season. In that game Collier's defense recorded 11 sacks for 84 yards against the woebegone Broncos.

Tom Sestak continued his All-league play as he punctured the pass protection with 3 sacks, and had plenty of help from his teammates. sets a record that day in that he recorded 4 sacks on his safety blitz; including 3 in the fourth quarter (a record that will stand possibly forever)The victory set up the winner-take-all game for the soon to be champion Bills. , along with Johnny Robinson of the Chiefs, were by far the two best safeties in the AFL. George Saimes was a champion and received many individual honors.

When Emlen Tunnell retired as a champion in Green Bay, he longed for a return to city life. Tunnell returned to the Giants, and helped coach the secondary and scouted for Wellington Mara. was winning in 1964, the Giants were not. The defense needed an upgrade in talent, and as such New York brought in a number of swift African-American defensive backs to revitalize the secondary.

One of these youngsters was a rail thin 13th round draft pick Carl Lockhart. He won the left corner post, and the Giants had a chance at a Playoff bowl berth if they could beat Dallas the last week of the season. The loss did not dampen the team improvement over 1964, but no one could have predicted what would happen in 1966. New York would allow over 500 points in a 14-game season.

The only defender who played well was Lockhart as he earned a Pro Bowl berth. Combative and quick, he was a strong tackler with excellent form. He handled both zone and man coverage so well that he was already viewed as one of the best strong side corners in all of football.

New York could only be better in 1967 with the trade for Tarkenton. A respectable year in 1967 gave promise in 1968 as Lockhart, now entrenched his new position of right or free safety, under the tutelage of Tunnell as New York after upsetting Dallas had an outside chance of a conference title in the four division NFL.

Lockhart earned his second Pro Bowl berth as he displayed range, and continued to show that "the Spider" ranked with Willie Wood, Larry Wilson, Eddie Meador, Rick Volk, and Rosey Taylor in the elite group of free safeties in the league.
was still his tough, unyielding self as the leader in the Buffalo secondary, but the Bills had begun their descent  the basement of the Eastern Division. George Saimes would begin the new decade reunited with Collier in Denver. He was now a part time player battling injuries for two years.

Alex Webster's Giants in 1970 caught fire in mid-season and needed to defeat the Bills to remain in the hunt for either a division title or a wild card berth. Spider Lockhart on December 6, 1970, was part of  four sacks in the 20-6 victory over Buffalo. Lockhart would never suit up for a playoff game as a Giant, yet during the 1972 season they played winning football.
On November 5, 1972, Denver played New York and, for the first and only time, Saimes plays against Lockhart. That rare occurrence when two men who share a record faced off on the playing field. will retire after the season, while Lockhart hangs in there through 1975. The situation in New York is just not the same as Tunnell has been replaced by John Symank as Bill Arnsparger has taken over command of the Giants. We now see many instances of a corner or safety recording a sack in a game, yet the saga of Saimes & Tunnell still remains the standard for sacks by a defensive back in a game. 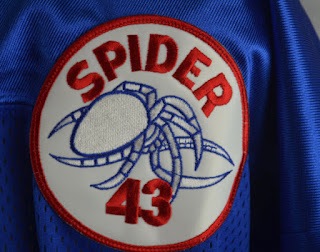