Ex-Saint Will Smith Shot and Killed in New Orleans 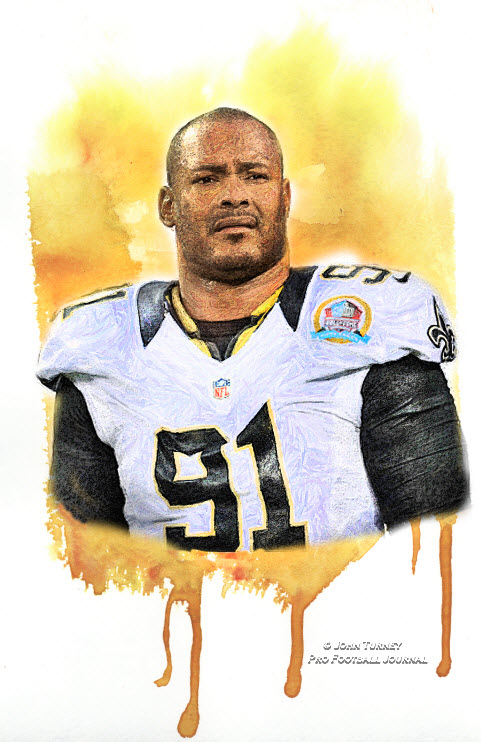 Will Smith was drafted with the 18th pick of the 2004 NFL Draft out of Ohio State University. He played from 2004-12 with the New Orleans Saints. He was born on the 4th of July, 1981, in New York. His life was snuffed out over seemingly nothing more than a traffic dispute on April, 9, 2016. Smith was shot and killed in the Garden District in New Orleans, LA, around 10:30 P.M.

Police reports say Smith  with his wife when their SUV was read-ended by another driver in  Hummer H-2 SUV, causing Smith to collide with a sedan in front of him. The police reported that the collision caused Smith and the driver of the Hummer to "exchange words" during which the driver of the Hummer "produced a handgun and shot the male victim Smith multiple times". He also "shot Smith's wife twice in the right leg".  Smith was pronounced dead at the scene.  The driver of the H2 was identified as 30-year-old Cardell Hayes and taken into custody and has been charged with second-degree murder.

NBC news is reporting  "Smith Had Dinner With Sued by His Alleged Killer", however they also investigators "don't have any info that links the incidents at this time". But the Post reports that "Police look for motive beyond road rage in shooting death of Will Smith". New Orleans defense attorney John Fuller, representing alleged shooter Cardell Hayes, said "My client was not the aggressor" in the events leading up to Smith's fatal shooting on Saturday night. We've not heard the end of this tragedy, as the links above show police investigators doing their due diligence to get to the bottom of the senseless slaying.

Smith was a beloved Saint, know for his off-the-field charity work in New Orleans and in Utica, New York. He was a low-key star, not known talk.

Here is a sampling of Tweets regarding Smith's murder. 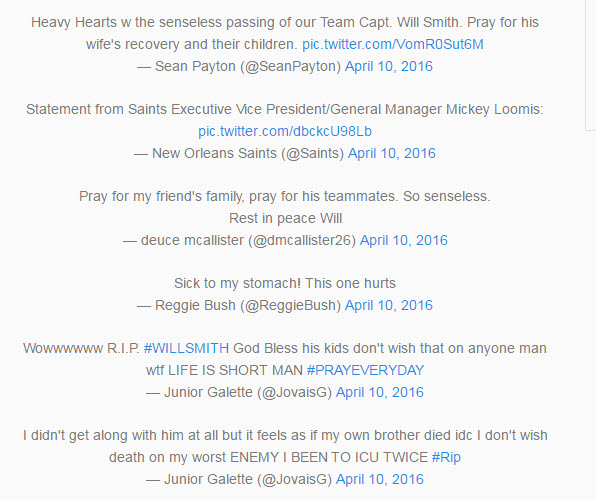 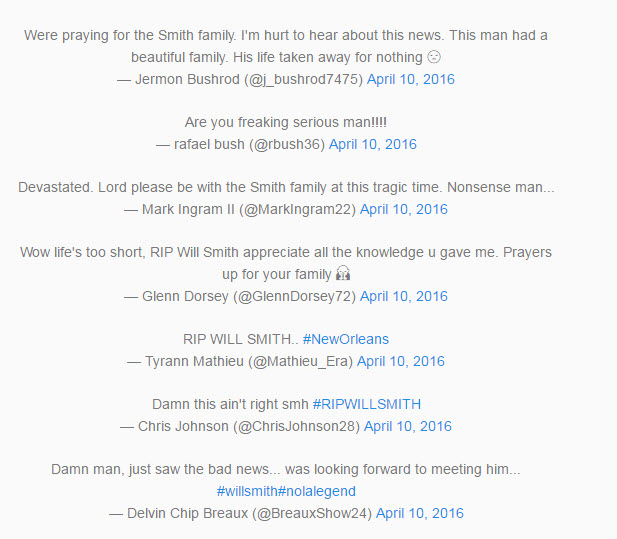 Saints owner Tom and Gayle Benson released a statement that in part, "We are devastated and saddened by Will's tragic and preventable death due to a senseless act that will leave a lasting scar on our community forever. Will was more than an exceptional football player he was a father, a husband, a son, a brother and teammate to so many and an inspiration to countless more . The Saints family is hurting and devastated as it has lost a member too young and too soon."

Update: May 31, 2016 "Report: Former Saints DE Will Smith's blood-alcohol level was 3 times the legal limit on the night he was shot"