At Pro Football Journal we are trying to pick the best individual seasons in the history of each franchise, which we will continue today with the Browns. By "Career-year" we mean the best performances at each position, with the following rule: Only one season per player per position. For example, here, we cannot pick Jim Brown’s best two seasons and use both QB slots. 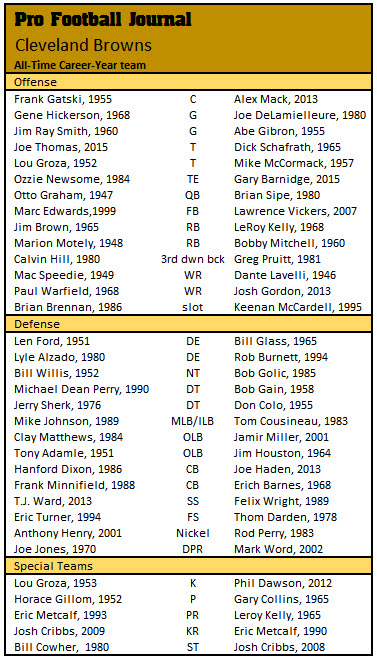 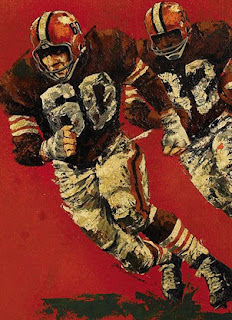 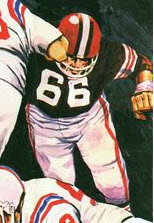 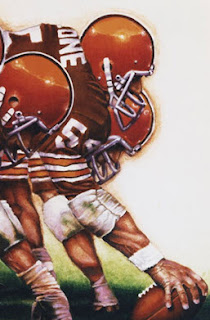 We've seen , even full games, and it seems that he was a much better lineman earlier in his career, as opposed to later. We chose 1952 since he was a consensus All-Pro and a duel threat due to his kicking. Joe Thomas has been consensus All-Pro several times and we chose 2015 since he allowed a career-fewest sacks (one) and had his career-low in holding penalties called against him (one). Hickerson and Smith were key blockers for Jim Brown, and Hickerson for Leroy Kelly. is a Hall of Famer and in 1955 he was everybody's All-Pro center. 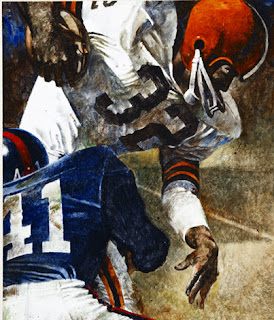 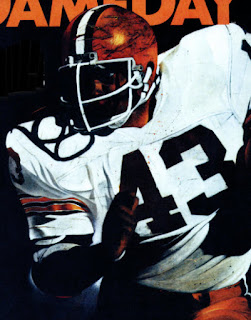 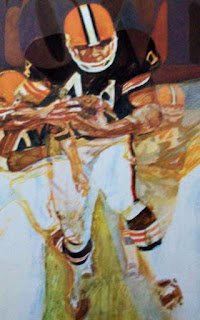 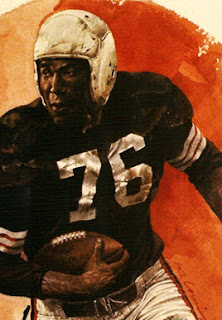 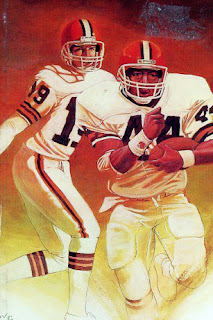 Fullback, at least the modern fullback, is kind of a throwaway position since they Browns have only used it a amount of the time. Prior to the franchise folding up and moving to Baltimore Kevin was the last fullback and he was an old-school type, one who ran the ball. Nonetheless, to fill the chose Marc Edwards, 1999, and Lawrence Vickers, 2007. 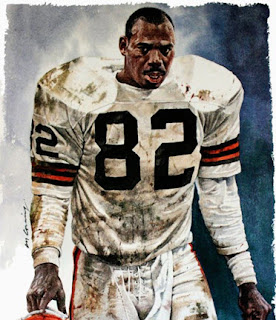 Jim Brown, 1965, and Marion , 1948, are the running backs, though we are fully aware they were fullbacks in their era, lining up the tight end side, but we consider them ball-carriers and back then halfbacks had to block since they would line up in "red" or "brown" formations. Brown could have filled out 9 slots, but we picked his last season with his touchdown total being the deciding factor, though 1963 may have been better. 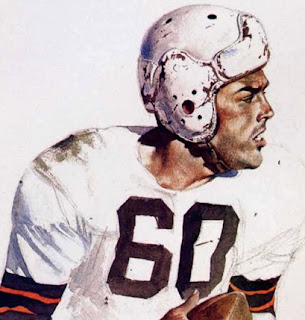 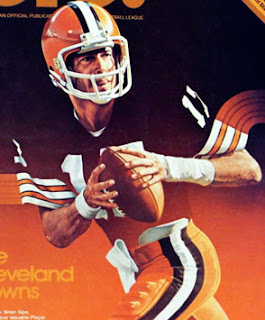 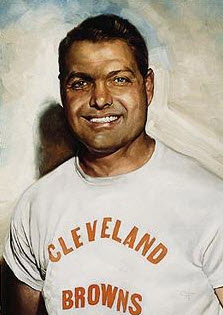 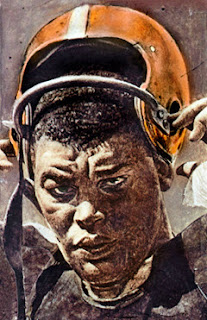 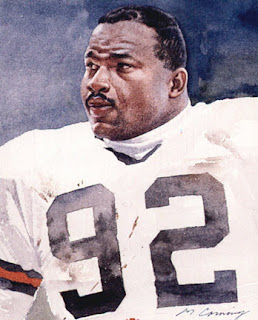 Ford had a monster season in 1951, one of -ever by a defensive end, and in 1980 Alzado had 104 tackles and 9 sacks and 3 forced fumbles and was a First-team All-Pro. In 1952, had there been an award, Bill Willis could have been the  Defensive Player of the Year.

We had never heard of Charles Buchanan, either. In 1988 he played 9 games, the only ones of his career and had 5 sacks. Hmm. And yes, Puzzuoli was a nose tackle by trade, but he was fairly effective in getting to the quarterback when he spelled Golic and played in nickel situations. 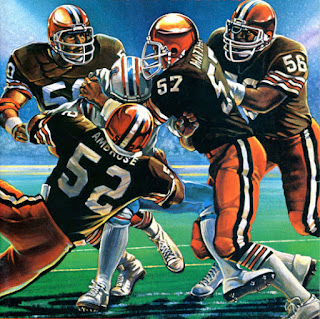 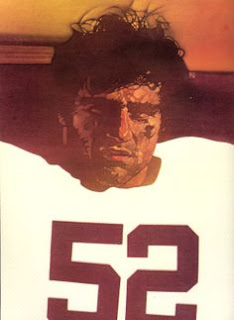 After checking alternate sources we note that Cousineau was a First-team All-Pro in 1983 by the Buffalo News and USA Today, chosen by Hall of Famer writers Larry Felser and Gordon Forbes, so we thought we may be trying too hard to avoid putting Cousineau so high on a list of a team with great history. went with Mike Johnson on the First-team and Cousineau on the Second-team, after all, fair is fair. And the rest mentioned are all .

Jim Houston, 1964, are next.  Matthews had a fine year in 1984 as an outside backer and right defensive end in most passing downs. He had 96 tackles (5 were ), 12 sacks, 3 forced fumbled batted away 5 passes. was a consensus All-Pro and Houston was a First-team All-pro in 1964 with a pick six. Miller had a very similar season to Matthews's 1984 in 2001 with 99 tackles, 13 sacks and 4 forced fumbles. and Houston were All-Pros in their respective years.

Hanford Dixon, 1986, and Frank Minnifield, 1988, (both unanimous All-Pros) are the cornerbacks with Joe Haden, 2013, and Erich Barnes, 1968, next. Had Barnes been a bit younger when he played with he likely would have challenged for a top spot. Haden was a Second-team All-Pro and Pro Bowler in 2013 and Barnes was All-Conference and a Pro Bowler in 1968 at age 33. 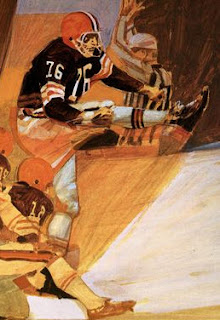 In 2000 Chris Gardocki was Second-team All-pro though we're not sure why he had a fine gross average, but he and his punt coverage teams allowed 793 return yards, which just killed hit net average. For the First-team punter we chose Horace Gillom, 1953. He was a Pro Bowler the year before, but that was in an era when the Pro Bowl punter was usually a position player, so his 1952 choice was unusual. However, he the NFL in punting average in 1952 but he had one in looking for the best season we chose the following season when he had a gross average of 43.8 and a net of 40.1 and had only 4 . However, several years would do on this list because from 1950-54 Gillom had a net punting average of 38.9.

Bill Cowher, 1982, had 30 special teams tackles and a forced fumble in 1980 and he gets the top spot and the Second- is Joshua Cribbs, 2008 (23 tackles and a FR)When you combine his return abilities with his excellent coverage skills, Joshua Cribbs is the best special teams player in Browns history. With all the recent games missed due to injruies we will not get to how many kick and punt returns he could have ended up with.