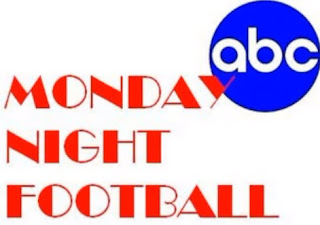 This is a television promo spot for Monday Night Football . .   more like an ad for a slasher film, rather than football. Music is scary as hell.

This is called "Score" and it's the full version of the first MNF theme and ran from 1970-75. It was composed by Charles Fox..


This theme ran from 1976-81. Composers Jon D. Silbermann, Joe Sicurella & Jack C. Cortner came up with this one.

This is called "Heavy Action" and it was the next, and likely the most familiar MNF theme.