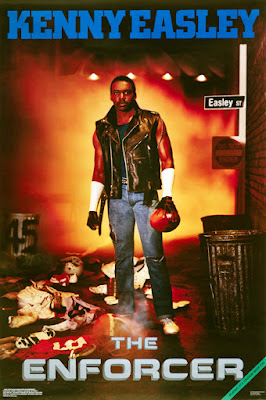 The Seniors Committee of the Hall of Fame met today and selected Ken Easley as their  to be presented to the Hall of Fame Committee as a whole next February. We feel it is an excellent choice and expect he will get the 80% of the votes needed for induction. 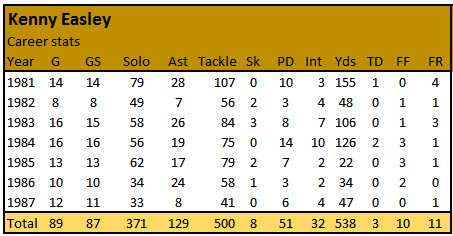 In 1984 he won numerous national awards; here are his 1984 game-by-game statistics. He led the NFL in interceptions (10) and in interceptions returned for a touchdown (2). Among his 75 tackles were 3.5 stuffs (tackles behind the line of scrimmage).

Easley's career was cut short due to a kidney disorder, he contends was from taking 16 to 20 tablets of Advil daily for a few months straight. After he was traded to the Cardinals he found out how serious the disease was. Easley failed the physical and he had to retire immediately.

We can only wonder what his career might have been had he been healthy enough to play 10-12 years.
Posted by John Turney at 12:50 PM