At Pro Football Journal we are trying to pick the best individual seasons in the history of each franchise, which we will continue today with the Chiefs. By "Career-year" we mean the best performances at each position, with the following rule: Only one season per player per position. For example, here, we cannot pick Len Dawson’s best two seasons and use both QB slots. 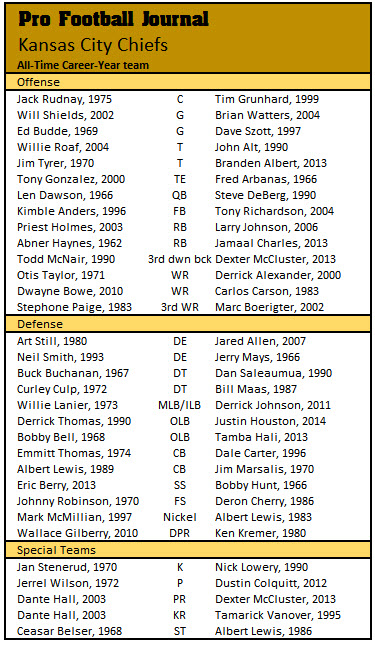 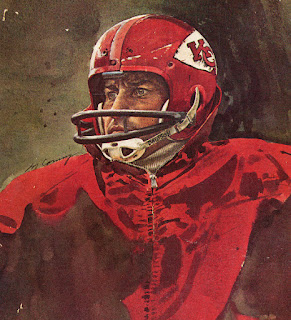 Kimble Anders, 1996, is the fullback and he's followed by Tony Richardson, 2004 as both were Pro Bowlers. Honorable mention for guard-in-the-backfield is Le'Ron McClain, 2011. 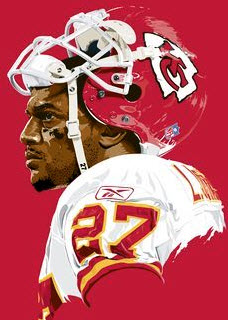 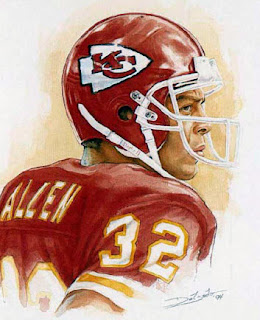 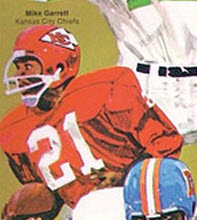 The top wide receivers are Otis Taylor, 1971 and Dwayne Bowe, 2010. Taylor was tied for second in the AP MVP poll in 1971 and had 57 catches for 1110 yards and a 19.5 average and 7 scores and in that era, it was a monster year. Taylor had another monster year in 1966 as well He also had a long end-around for a rushing touchdown. Bowe's 15 touchdown receptions garnered him the First-team honor.

The Second-team selections are Derrick Alexander, 2000, and Carlos Carson, 1983 with Paige, 1985 as the honorable mention as is Eddie Kennison for 2004. After some going back and forth, we added Jeremy Maclin, 2015. It's simply because this position is not as deep as some other teams. 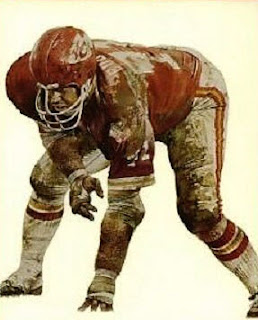 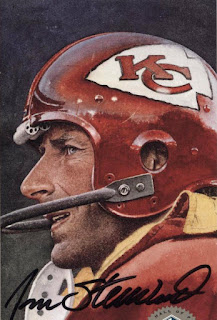 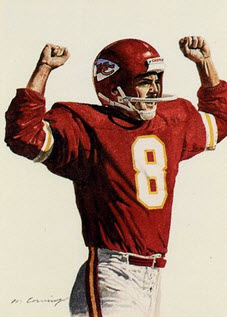 The kickers are very strong with First- Jan Stenerud, 1970, and Second- Nick Lowery, 1990, and Pete Stoyanovich's 1997 as an honorable mention. Tommy Brooker, 1964. an AFL All-Star choice in an era when kicking was not as automatic as today.

Since, as we've mentioned, we take era into consideration some may question our choices. Lowery was more accurate than Stenerud, for example. Yes, but both were considered the best in the game for the respective years we chose. The game has changed and in general numbers, whether it be passing stats, kicking or punting stats keep rising. So, to be try our best to level the playing field when making our picks and that is why we take into account the era. The punters are Jerrel Wilson, 1972, and Dustin Colquitt, 2012. In 1979 Bob Grupp was the AFC Pro Bowl punter and gets an honorable mention for that.

Dante Hall's 2003 gets both the kick- and punt-returner spots on the First-team and it was his four combined touchdowns that did the trick.  Dexter McCluster, 2013 (punt), and Tamarick Vanover, 1995 (kick), get the Second-team spots. The Chiefs have a strong tradition for returners and that makes the honorable mentions particularly significant. J.T. Smith, 1980, Tamarick Vanover, 1999, and Dale Carter, 1992, are for punt-returners and Paul Palmer, 1987, is an HM at kick-returner.

special teams we are going with Ceasar Belser's 1968 over 1969 and 1970. In 1968 he had 21 special teams tackles and blocked a punt and busted plenty of wedges. In 1969 he had 17 tackles and 16 in 1970. We went with kick blocker Albert Lewis, 1986. That year Lewis blocked or deflected 5 kicks and tackled one punter before he could get the off. Lewis in 1990 just as effective with 4 blocked punts that year. The honorable mention is Gary Stills, 2003, when he had 22 special teams tackles and 3 forced fumbles.

The First-team defensive ends are excellent since both were fine rushers and run stoppers, not one-trick ponies:  Art Still, 1980, and Neil Smith, 1993. 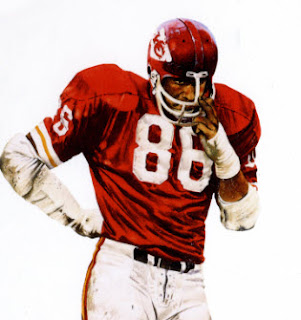 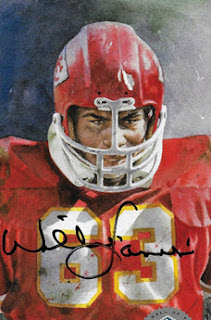 Derrick Johnson was All-Pro in 2011 and had 9 stuffs, 131 tackles, 9 passes defensed, but 2012 was just as good with similar numbers but with a fine total of 12 stuffs, 124 tackles and three forced fumbles. Additionally, his 2007 season was also strongly considered with his 93 tackles, 16 stuffs, 4 sacks and three forced fumbles. When we update this story we will likely go with two inside backers to represent the good years by inside/middle 'backers in Chiefs history. 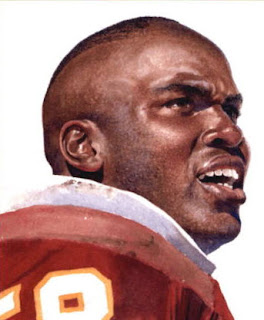 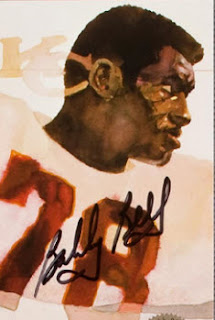 Derrick Thomas, 1990, and Bobby Bell, 1968, are the First-team outside linebackers. Thomas had 57 tackles, 20 sacks, 35 hurries and six forced fumbles. Bell, like many of the Chiefs greats, has a number of All-Pro years to choose from. It came down to 1968 or 1969. In 1968 he had 77 tackles, 5 interceptions, and 2½ sacks. In 1969 he had 81 tackles, 5 sacks, but no picks. He was All-Pro in both, so which? We chose 1968. Oddly, in studying outside linebackers of that era, often they would have a handful of year and few the next and an inverse number of interceptions. We saw this in Chuck Howley and Dave Robinson to name two. It's likely they were in coverage more in one year and dogged more in another year, showing roles change from year-to-year even for the greats. 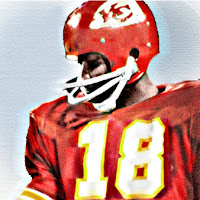 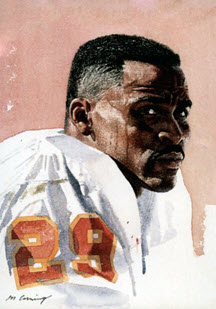 Mark McMillian gets the top nickel slot and he's backed up by Albert Lewis, 1983. McMillian in 1997 played all 16 games, started 2 and picked off 8 passes and returned 3 for scores. We are not sure there has even been a better season by a nickel back.

Agree or disagree? Post in the comments section below.
Posted by John Turney at 5:47 PM