Thanks to Uni Watch's Paul Lukas and Phil Hecken we gets lots of hits when we post about NFL uniforms. They've been quite kind in linking and re-tweeting things we do here. So, we thought we'd throw in a quick, but not really significant oddity. This is a short one, but it's a bit interesting.

In 2008, when Chris Long came into the NFL he didn't wear the team-issue socks, which are one piece with blue on top half and white on the bottom half. He wore of navy (possibly) Spandex pants and white socks under his shoes.

It created the same look as the official socks and likely never earned Long any fine for being out of uniform a bare leg is still against the rules, unless you are a kicker, we suppose. When watching Long, from time-to-time you could see the gap between the pants and the socks.

Here are a couple of examples of that: 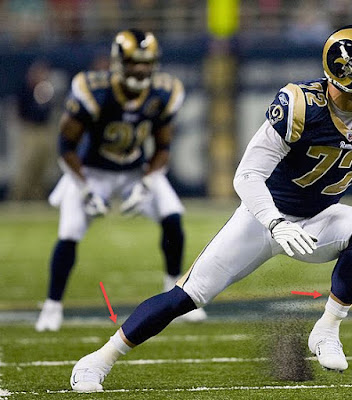 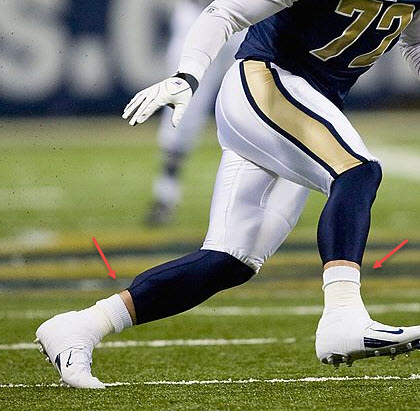 By 2009, it seems Long wore the tradition socks. 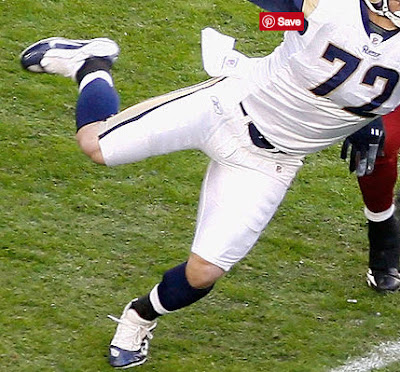 Lots of players have idiosyncratic habits with their uniforms and this was one Long, we are not sure as to why, but it's not a habit we've seen a lot of in the NFL. Long will explain on Twitter, where he is very active. Chris? 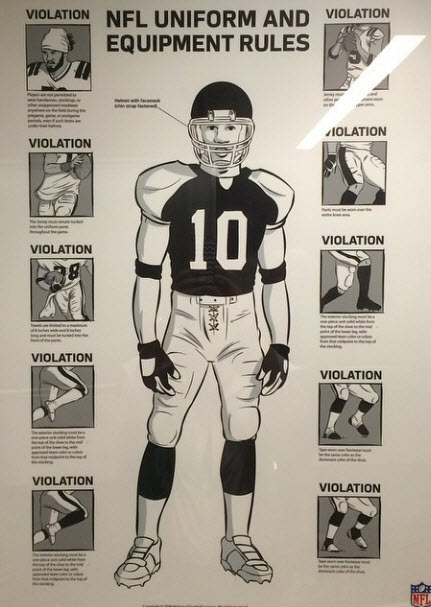 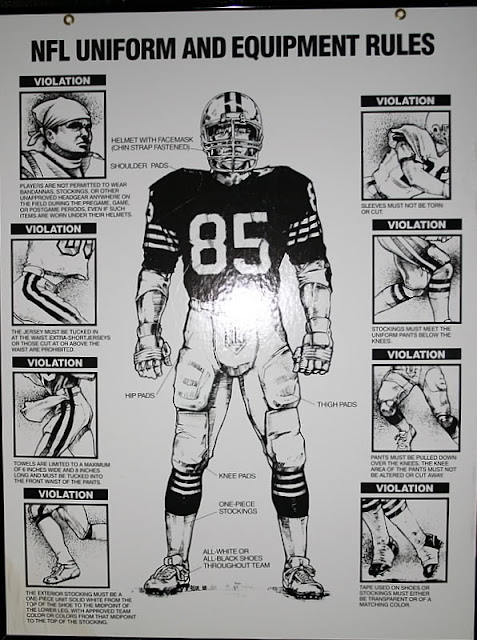