The 1969 Vikings and Their Three Purple Jerseys

Below is the team photo of the 1969 Vikings in which they are wearing the Gopher/Medalist Sand Knit jersey with the "NFL-50 Year" patch on the left shoulder. Well, all except #22 Paul has his jersey on backward with numbers in front. #21 does have an anomalous jersey with different "2" and "1". Bob Lee (#19) and Fred Cox (#14) have different "1s" as well as does Joe Kapp (#11). 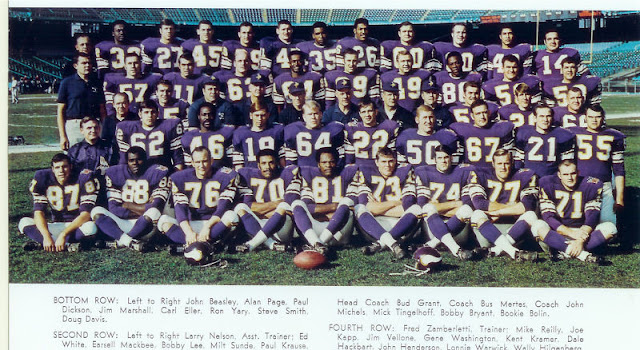 However, we ran across this one, which is slightly different than the one in the team photo, the font that #67 is wearing in the team shot is not the same as a couple of others. The shape of the "6" here is very much like the typical "8s". And this one is not a Medalist Sand-Knit. 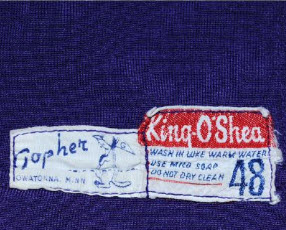 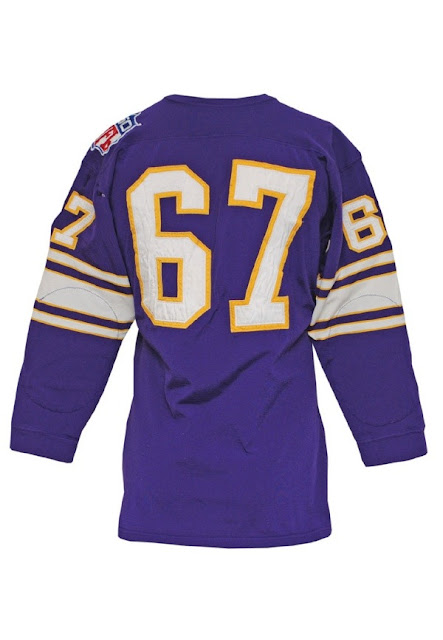 Nonetheless, this is the jersey the Vikings wore for all but two games in which they wore dark jerseys. The two exceptions were the road game in Los Angeles when they wore purple mesh jerseys sans the Northwestern sleeve striping and the NFL Championship Game in Minneapolis when they were a thick Durene for the exceptionally cold weather.

These are the standard jerseys, though Krause and Cox have different types of numbers and trim on the tackle twill. Cox's one is slanted, not a block and his trim is thinner. 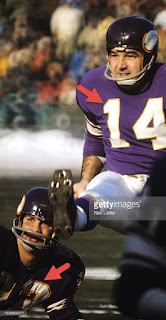 The next four shots are of the standard jersey for the season. The numbers have a , though the "1" on Eller's jersey is different than the "1s" on Kapps. 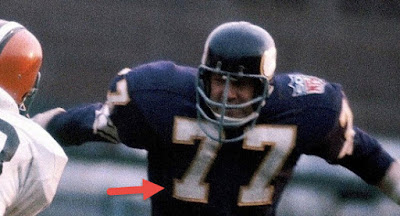 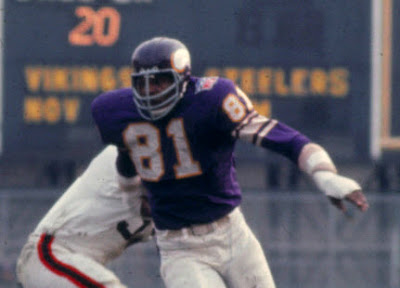 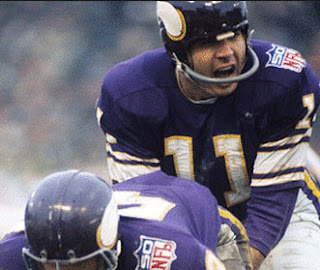 However, Kapp, on occasion wore a jersey that didn't have or "box-top 1s". 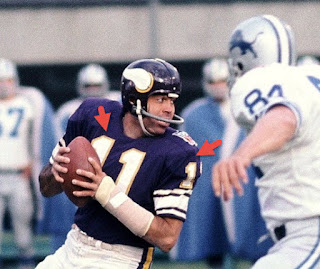 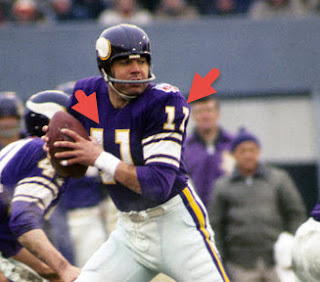 Now, for some reason, versus the Cardinals in St. Louis, Carl Eller wore his jersey backwards with numbers in front and the "NFL-50" patch on the right shoulder. 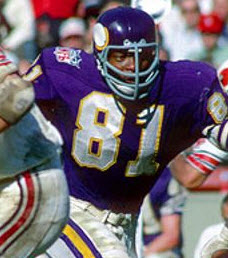 But, he does have an ice bag on his head, so maybe it was confusion?

Then, in Los Angeles, the team wore lighter weight mesh jerseys that were without and had the "NFL-50" patch below the TV numbers. 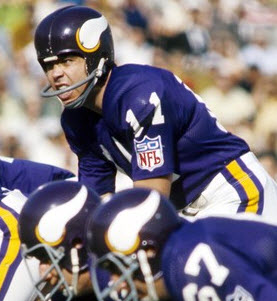 This jersey is purported to be 1969, but it does not have a patch on it, but could have been removed.

Finally, as far as the dark jerseys, in the Cleveland game you can see the heavier jerseys with a different font for the numbers. They are sans serif and much thicker, though it appears not all players wore them as #80 and #11 and perhaps others wore the usual jersey. 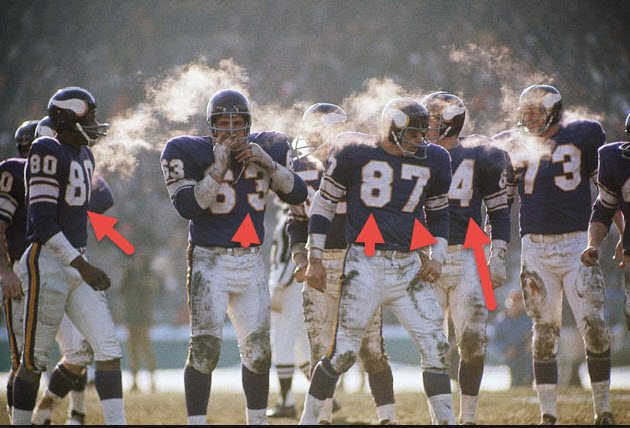 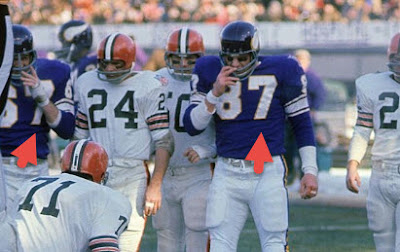 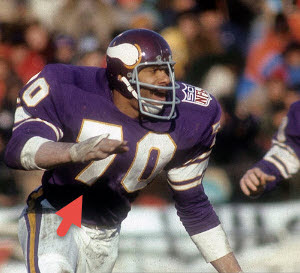 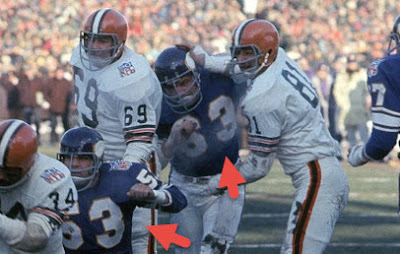 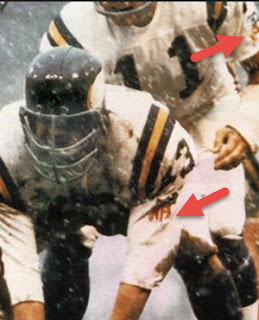 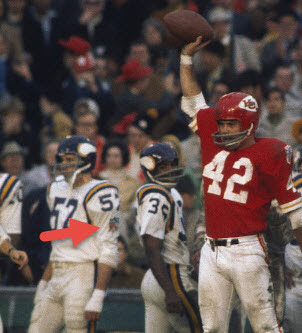 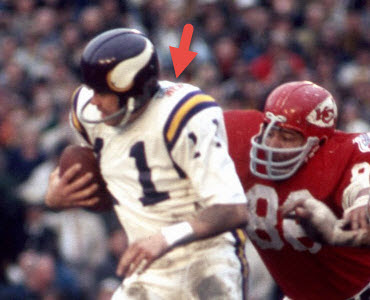 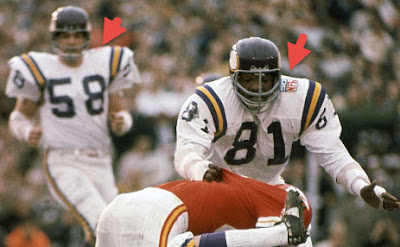 These two  used (purported) have the patch on the sleeve. 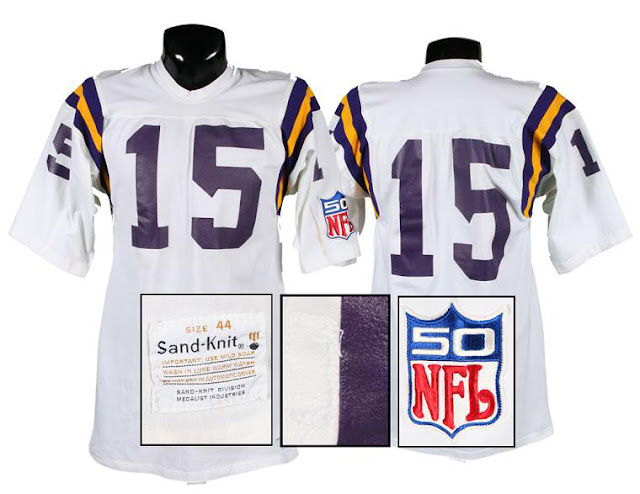 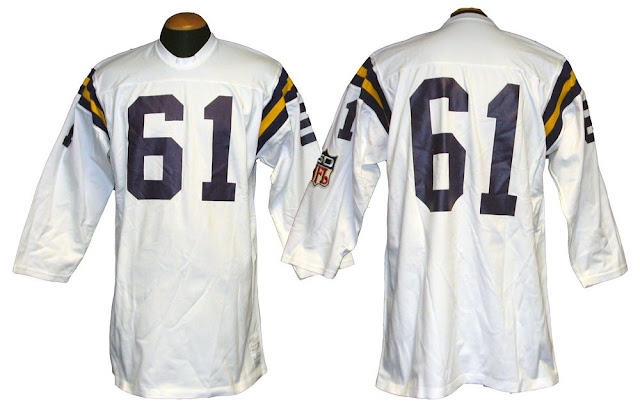 And these two have it on the shoulder 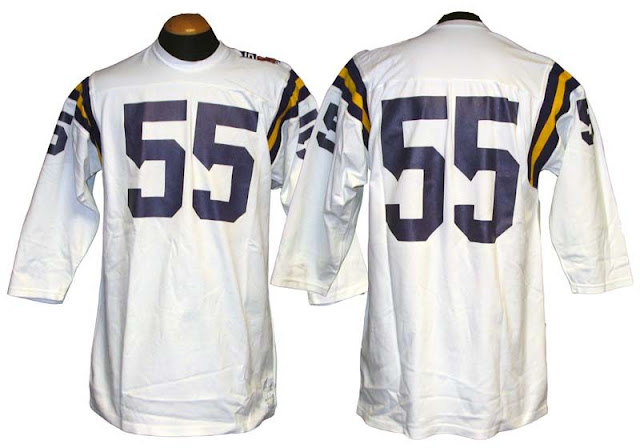 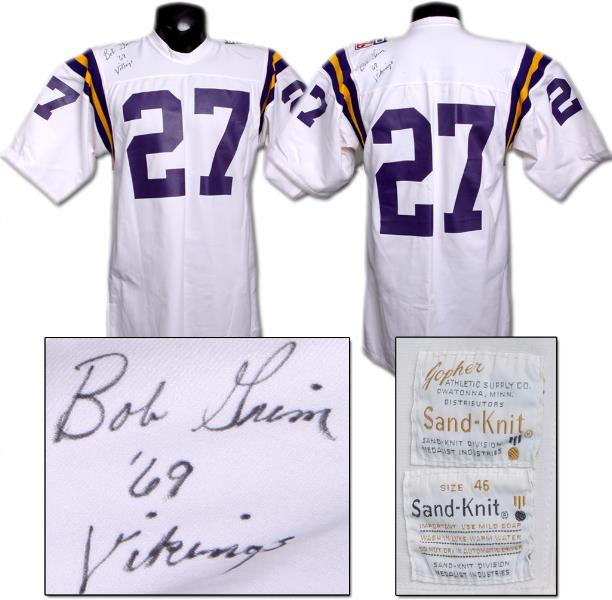