Exploring the Origins of the Designated Pass Rusher: Part II 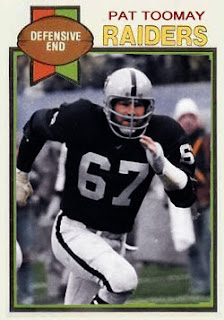 In 1977, after about a decade of NFL teams toying with it, the designated pass rusher (DPR) became really, a mainstream scheme in the NFL. Early in the season of the Raiders got injured and newly acquired end Pat Toomay was to step in at left DE. However, right DE Otis Sistrunk knew Toomay preferred the right side and volunteered to play left DE and Toomay could play right. Toomay had some success in the preseason and when the Tooz came back, the Raiders, who used a base 3-4 defense would send Toomay in at right DE, and Otis Sistrunk would move to right LDE and Matuszak would play defensive tackle.

Toomay proved very effective, seemingly being featured by Howard Cosell on the weekly halftime highlights of ABC's Monday Night Football. Cosell didn;t choose the highlights, NFL Films did, but Cosell did the narration and was always effusive about Toomay. The Raiders ended 11-3 and Toomay had 14½ sacks, which subsequent research reveals led the AFC. He finished a sack ahead of Tony "Mac the Sack" McGee of the Patriots. 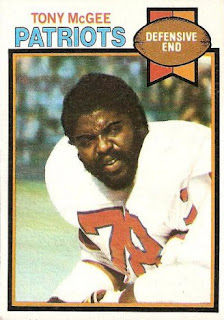 In 1974 the Patriots, who had flirted with a 3-4 defense in 1973, committed to a 3-4 defense full-time and were the first NFL team to do so (the Oilers followed around mid-season). tony McGee was acquired from the Bears for the 1974 season and was and extra lineman. He had 4½ sacks in 1974, and he did play some designated rusher, usually, though it was in a 3-4 defense, taking starting LDE Mel Lunsford's place. So, it wasn't an every-week thing, but they did try, late in games to get McGee in th games. In 1975 injuries forced McGee into a starting role and he kept it for the 1976 season.

In 1977, however, Lunsford regained his starting role and the Patriots began to use a 4-man line with their 5 defensive back scheme, rather than the 3-3-5 they used in 1974-76 (with some exceptions). McGee thrived and had 13½ sacks for the season.


The Eagles began using s 3-4 in 1977 and they had a WFL castoff, Len Burman come in and rush in their nickel and he garnered 10 sacks in that role. Others played the spot as well, though not with the success of Toomay, McGee and Burman. Rookie Ezra Johnson had 3½ sacks in the role in Green Bay, for example.

McGee, who could be one of the poster children of the role was big-time again in 1978 with 11½ sacks. Pat Toomay said "For whatever reason, the Raiders didn't use the 40 nickel much in 1978 and I didn't get the snaps I did in 1977". Toomay ended the year with just 4 sacks.

"In 1979 there were rumors the Rams wanted to trade me to the Rams to take Fred Dryer's play, who they thought was too small. The trade fell through and then Otis (Sistrunk) got hurt and all-of-the-sudden I am nose-up on a tackle". Toomay meant he was the starting right DE in the 1979 Raiders 3-4 defense. 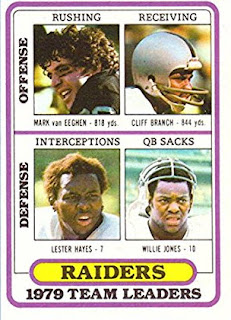 That season the DPR for the Raiders was youngster Willie Jones and he finished the season with 10 sacks from the right DE spot in the 40 nickel. But he wasn't the top player in the DPR role for 1979. That honor goes to Oilers rookie Jesse Baker. 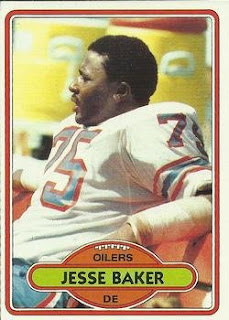 In 1979 the Oilers (who had been in a 3-4 since mid-season 1974) were not getting a lot of rush so they began to use more 4-man lines in likely passing downs and the key player was Jesse Baker. Elvin Bethea was the starting right DE but only had 1½ sacks for the season but Baker made up for it, leading the AFC (unofficially) with 15½ sacks.

Baker was both an inside rusher in the 40 defense (with Bethea at right end, his usual spot) but he also played RDE in the 40 defense with Bethea leaving the field. In those situations, Ken Kennard would play inside due to his quickness. Baker also spelled Bethea in the base defense as well, so in reality, 1978 was the last season Bethea was a full-time player. Baker was just too good a pass rusher and was better outside than inside so Bethea lost playing time. In 1980 and 1981 Bethea was run-down specialists, again giving way to Baker on likely passing downs.

Again, Tony McGee was money with 11½ sacks. Also in 1979, the Patriots moved former starting RDE Julius Adams from a starting role to a role similar to McGee's only on the opposite side and he tallied 5½ sacks. The following year, however, Adams returned to his starting role and went to his first Pro Bowl.

In Washington Joe "Turkey" Jones would play LDE in the nickel (the Redskins still used a 4-3 base defense so Jones was coming in for the usual LDE) and finished with 6½ sacks. Dallas's Bruce Thornton played LDT on passing downs and also had 6½ sacks and was especially noticeable in big games.

The Jets used a 4-3 defense and the rookie starting left defensive end was Mary Lyons. On passing downs fellow rookie Mark Gastineau would come in to replace him. Lyons told Sports Illustrated "it doesn't make you feel worth a damn when they take you out on the gravy plays". 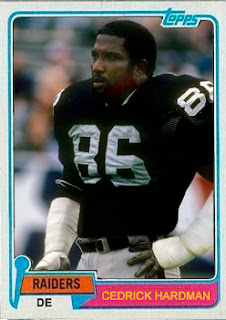 In 1980 another milestone for the DPR was reached: It was the first season a player in that role won a Super Bowl. That player was actually two: Cedrick Hardman, and Willie Jones. Hardman led the Raiders with 9½ sacks and played RDE when Raiders went to a 40 defense and Jones, who had a good season the year before was the left DE (the previous season he was on the right side most often, moving to the left in 1980). The 3-4 starters, John Matuszak and Dave Browning reduced to tackles to complete the foursome. 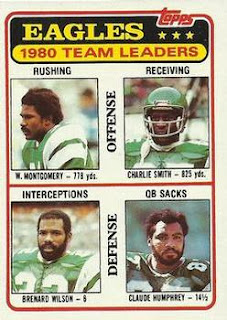 Had the Eagles been able to pull out Super Bowl XV that honor for first DPR to win a Super Bowl would go to Claude Humphrey. Humphrey was to play in the designated role in 1979 but due to injuries he was pressed into starting service but in 1980 the nickel front Dick Vermeil wanted came to fruition and Humphrey finished with 15½ sacks. 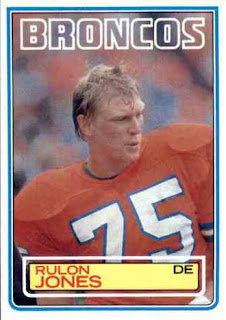 The Denver Broncos employed a 3-4 quite often in the mid-1970s and committed to it full-time in 1976 but they chose to get pressure from blitzing, keeping their 3-man line in games in likely passing downs. In 1980 that changed with Rulon Jones and Greg Boyd. Jones would enter the games and play DE and Boyd would usually play inside in the new 40 nickel and combined they totaled 20½ sacks.

Again, steady Tony McGee produced, this time with 8½ sacks. Cardinals rookie Curtis Greer was brought along similarly to how Cedrick Hardman was with the 49ers in 1970, as a rusher to use his skills and in a rotation to cut his teeth in defending against the NFL running game.

In Anaheim, the Rams used a three-man rotation at defensive tackle with Larry Brooks and Cody Jones as starters and Mike Fanning filling in, but Rams tried to make sure Fanning was in the game in the nickle/dime defenses and Fanning, though just starting three games, Fanning had 10 sacks, second to Jack Youngblood on the team. 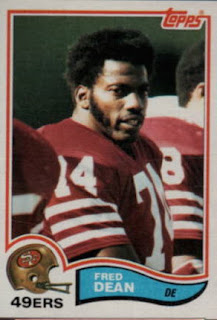 In 1981 yet another milestone was passed with Fred Dean becoming the first DPR to get post-season honors being voted the UPI NFC Defensive Player of the Year and being a consensus All-Pro and Pro Bowler. Dean started 7 games in 1981 but 4 of them were with the Chargers before the trade to the 49ers and the other 3 were in games when the 49ers opened in a 4-2-5. Dean had 12 sacks with the 49ers and another with the Chargers. He was considered the key to the 49ers making the jump to a Super Bowl-quality defense. 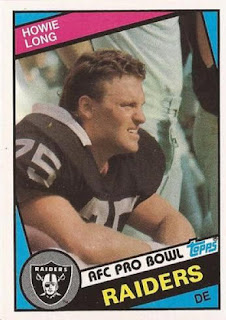 Rookie Howie Long was an inside rusher in the 1981 version of the Raiders pass rush. Hardman still played right DE but was not as effective as he was in 1980 and Willie Jones was injured mid-season, Long filled the gap and had 8½ sacks.

In Buffalo, the Bills used Ken Johnson as a tackle in their 4-man line and he had 8 sacks for the season. Miami used former starter Kim Bokamper in a designated role and he sack the quarterback 7½ times. Jesse Baker became a starter in 1982 but he finished his "apprenticeship" as a DPR with 6½ sacks in 1980 and 10 in 1981 to bring his three-year total to 32.

Oddly, in 1981, Tony McGee had only 6 sacks though he was forced into being the starter at LDE due to injuries to other players. It seems he had more productivity per play as a third-down rusher than as a starter. After the season he was let go and finished his career with Washington. 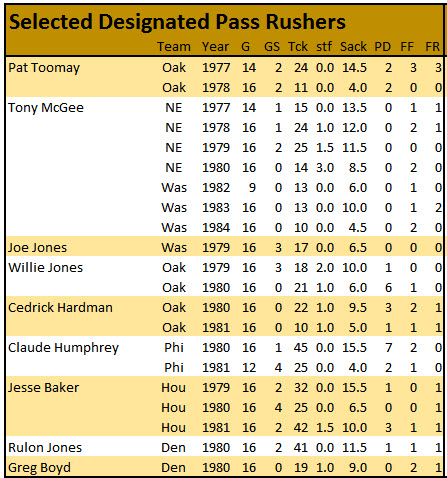 Continue reading in Part III:
Posted by John Turney at 3:08 AM