Exploring the Origins of the Designated Pass Rusher: Part III 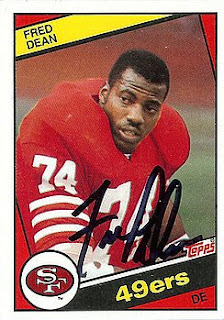 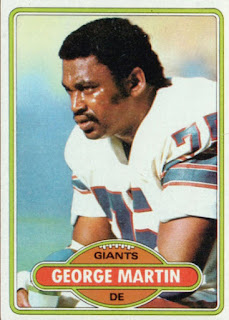 In 1982 Fred Dean didn't perform as well as he had in 1981 but Tony McGee, now with the Redskins was the top performer of 1982 with 6.5 sacks in 9 games. Right behind him was the Giants nickel left end George Martin with 6 sacks.  Three players with 4 sacks Greg Brown of the Eagles, Casey Merrill of the Packers, and Ruben Vaughan of the Raiders round out the top five. 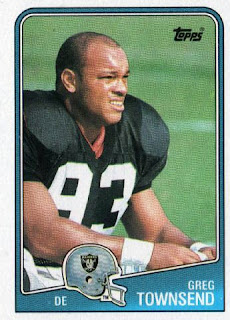 Rookie Greg Townsend of the Raiders had 10.5 sacks and wily vet Tony McGee had 10 as these two are the iconic examples of most DPRs, a youngster with all the physical ability in the world and the experienced player with an array of pass-rush moves. George Martin had 9 sacks with the Giants.

In all there were 13 players with 6 or more sacks with 5 or fewer starts in 1983, certainly, the DPR was a major part of NFL defenses. Gary Jeter of the Rams was one of those and he was usually a right DT in the Rams nickel and Don Smerek and rookie Bill Pickell were two more who were factors with the Cowboys and Raiders, respectively.

The Raiders starting 3-4 defense was composed of Howie Long and Lyle Alzado (LDE and RDE) and Reggie Kinlaw as the nose tackle. The Raiders, in Bandit (5 DBs), Pirate (6 DBs), and Desperado (7 DBs), had a usually defensive line of Townsend (LDE), Pickel (LDT), Long (RDT, usually the 3-tech) and Alzado (RDE).

The top non-starting sacker in 1984 was Pickell with 12.5 sacks. Pickel did start three games, however when Reggie Kinlaw was injured. Additionally, Pickel rotated a lot with Kinlaw and as a result got more snaps than many of the usual DPRs we've discussed, nonetheless, he was very effective in the Raiders sub defenses. Casey Merrill, who the Giants had acquired was a DE in nickel with 3-4 end Leonard Marshall moving inside, had 8.5 sacks.

In Seattle, the designated rusher was former Ram Mike Fanning, one of the "Knox Guys". He'd enter the game and play tackle and he finished with a goodly 7 sacks.

The Packers replaced Merrill with former starter Ezra Johnson in the DPR role he he had 7 sacks, as did Second-year players Greg Townsend and Karl Mecklenburg. 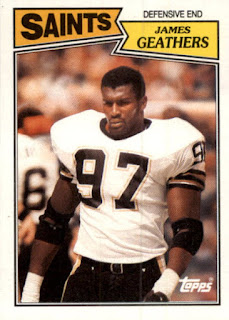 Jumpy Geathers, who would become a staple in this category, had 6 sacks as a rush tackle and end for the Saints. George Martin dropped to a 5.5 sack total and Tony McGree dropped to 4.5. The 49ers got a lot of production from former Charger Gary Johnson who had 5 sacks in the regular season and three more in the playoffs and Super Bowl. Really, the position was so commonplace it is hard to name them them all. 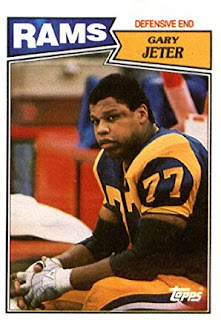 In 1985 Gary Jeter was what we'd consider the "All-Pro" DPR. He had 11 sacks, playing in a 4-man line he'd play either RDE or RDT or in a 3 man nickel he'd play RDE. Seattle's Randy Edwards had 10.5 sacks, taking the spot from Mike Fanning as the inside rusher.

Two usual subjects, George Martin and Greg Townsend both had 10 sacks (neither started a game) and Jumpy Geathers had 6.5 as an inside player.

Fred Dean finished with just 3.5 sacks and found himself without a job in 1986 as his role was filled by rookie Charles Haley who had 12 sacks.

Greg Townsend had 11.5, Geathers had 9, Gary Jeter had 8 sacks and Saint Frank Warren had 7.5 and Kevin Greene had 7 to round out the top six of non-starters (fewer than 5 starts) sack list.

We can see there are names that embraced the role and were successful year-in and year-out.

In 1988 Gary Jeter was in his usual role plus one more. The Rams employed a 5-LBer "Eagle" defense which would align Jeter as a DT among lots of linebackers. Jeter totaled 11.5 sacks to lead all NFL non-starters in sacks.

Following him are Sean Jones, Oilers (7.5 sacks), and George Martin (also 7.5). There were several with 6 sacks and one notable player, Al "Bubba" Baker now with the Vikings had 5.5 sacks in a role that was new to him. 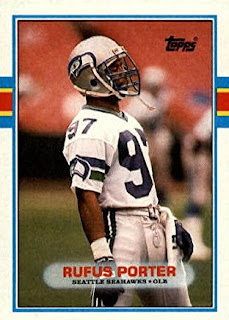 The Colts used veteran Ezra Johnson in their nickel and he had 8.5 sacks, youngster Bennis Byrd had 7 with the Jets and the Patriots got 7 sacks from Gary Jeter who they acquired via Plan B free agency and the Oilers got 6 sacks from Sean Jones. 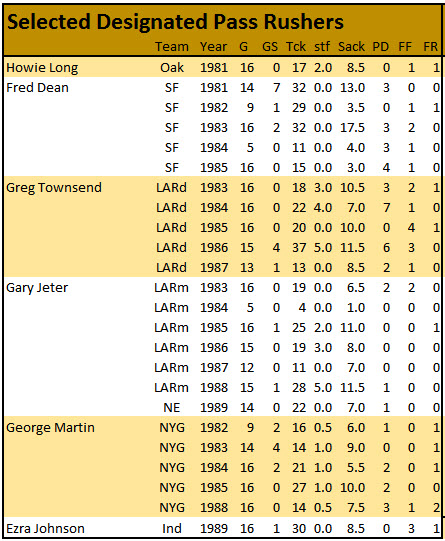 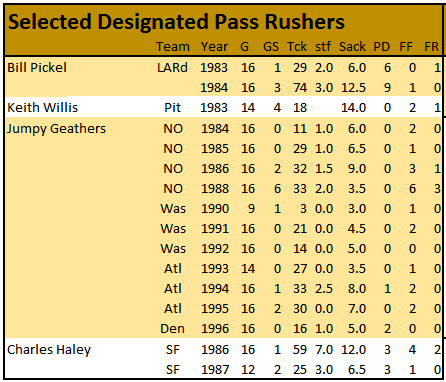 Continue reading in Part IV:
Posted by John Turney at 3:08 AM