Exploring the Origins of the Designated Pass Rusher: Part V 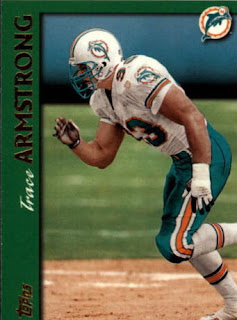 Trace Armstrong was the ideal DPR in 2000 when he was the first player with no starts to start his first game in the Pro Bowl. He led the AFC with 16.5 sacks (officially) 7 fumbles forced and had it not been for a quirk in the scoring he may have tied for the NFL lead, which would be a first for a DPR. He was also a Second-team All-Pro, the first DPR to get post-season honors since Fred Dean in 1981, Armstrong averaged 12 sacks a season from 1998-2000 as a DPR, among the best stints ever. 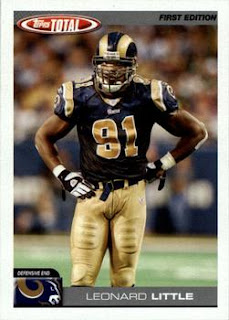 In 2002 Rod Coleman tallied 11 sacks as a rush 3-technique and N.D. Kalu and Mark Word both had 8 sacks for the "Second-team All-Pro" mythical title. 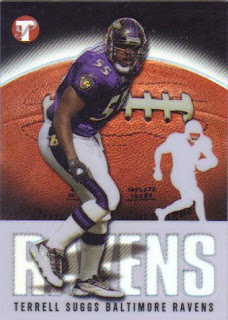 Terrell Suggs, a rookie, had 12 sacks in 1 start in 2003 and right behind him was the Vikings Lance Johnstone with 10 sacks. Johnston in 2004 was tops in the NFL with 11 sacks in one start and the Colts Robert Mathis had 10.5 sacks (and 6 FF) right behind. 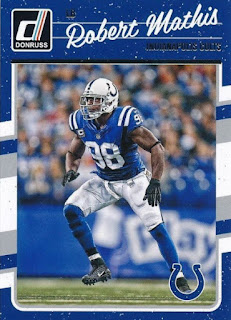 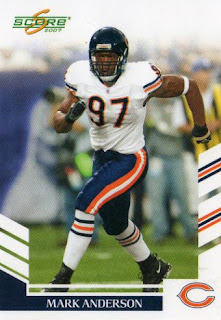 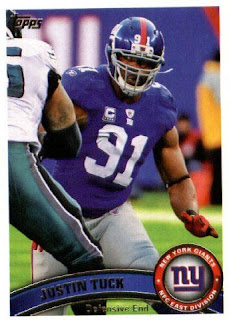 In 2007 Justin Tuck (10 sacks) was first, next, after a few seasons as a starter was Kabeer Gbaja-Biamila (9.5).  Tied for third with 8 sacks was Oakland's Chris Clemons and Tampa's Stylez G. White. 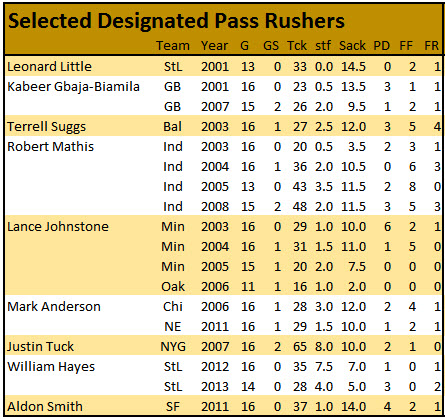 2009 was a down year for the DPR in terms of sacks but here is the top 7, courtesy of Pro Football Reference.com 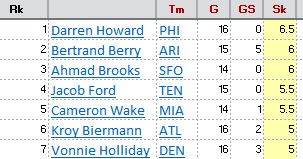 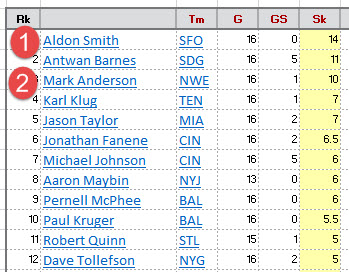 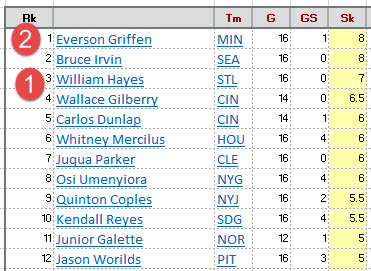 In 2012 we went with Hayes over Griffen in part because Hayes, in addition to over 20 pressures (by both Football Outsiders and Pro Football Focus) had nine run/psss stuffs to go with his seven sacks in just 34% of the defensive snaps. He was part of the defensive end rotation as well as playing inside in nickel situations in a four-defensive end look by the Rams. He was solid in 2013 as well.
2013 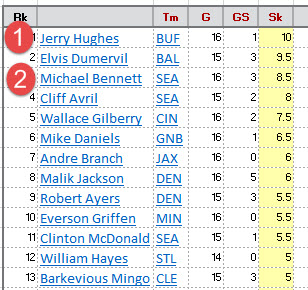 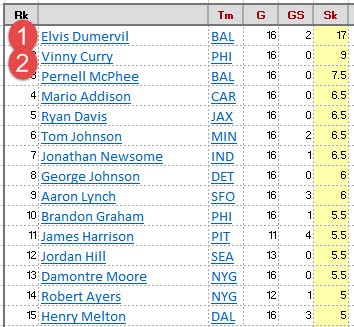 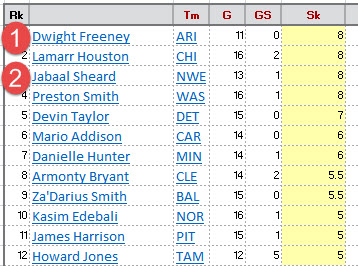 In 2016 our First-team All-Pro was Danielle Hunter and the Second-team pick was Markus Golden. We felt Hunter was more consistent week-in and week out, though Golden came on well in 2016.