Exploring the Origins of the Designated Pass Rusher: Part IV

Picking up with the 1990s we see a new phenomenon, the "wave rusher". Though it had been used before, the Cowboys used rotation to help them become a top defense and Super Bowl winners and in a copycat league, other teams used it. Additionally, the NFL moved away for the 3-4 defenses as a base back to a 4-3, peaking with around 25 4-3 teams in 1995. So, often the DPR was replacing a 4-3 player rather than a 3-4 player who was often the dimensions of a defensive tackle.

In 1990 we find the top non-starting sacker to be rookie linebacker Aaron Wallace who was a hand in the dirt rusher, as was Rufus Porter. Fred Stokes, a former Rams had 7.5 sacks as the Redskins DPR. 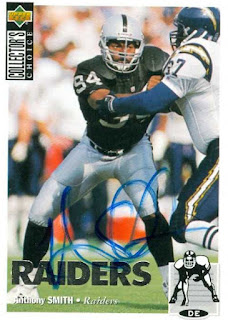 During the same time frame Jumpy Geathers (that name again), though he didn't have big sack totals was very effective as an inside rusher for the Redskins. Dallas moved former starter Jim Jeffcoat to DPR in 1992 and he responded with 10.5 sacks. Lee Williams of the Chargers had 11 sacks, though he did get to start 5 games in 1992. 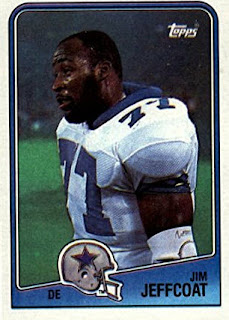 Geathers, though, in 1994, had 8 sacks, tied the most among non-starters in the NFL for the Falcons. The player he tied with was Dallas's Jeffcoat. Geathers had 7 again in 1995 which was second in the NFL among non-starters. The leader in 1995 was rookie Hugh Douglas whose 10 sacks earned him Defensive Rookie of theYear. 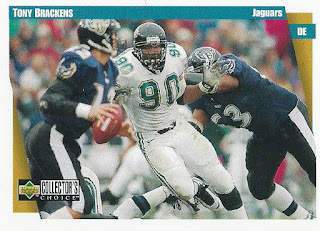 In 1996 the rookie stud was Tony Brackens who had 7 sacks in the DPR role, often as a standup LBer who'd pick his hole, and other times as a traditional hand-in the dirt DE. Brackens got a lot of playing time and was very adept at making key plays, in 1995-96 in addition to his 14.0 sacks he deflected 16 passes, forced 10 fumbles and recovered four. Today, Jon Gruden may refer to his role as a "Joker" player, one who fills a variety of positions in a scheme.

Also in 1996, future HOFer Richard Dent had 6.5 sacks for the Colts as a DPR, and ancient Clay Matthews was a nickel RDE for the Falcons and also had 6.5 sacks. Geathers (now for Denver) and Jeffcoat both had 5 sacks, this time though, Jeffcoat was with Buffalo who signed him specifically as a third down rusher in 1995.

The following season the 49ers signed Kevin Greene away from the Panthers to play their "Elephant role" and he had 10.5 sacks in a non-starting role. Brackens duplicated his 1996 performance with 7 sacks.

In 1998 veteran Trace Armstrong didn't start any games and he posted 10.5 sacks in Miami's nickel (sub) defense. Teammate Lorenzo Bromell was right behind him with 8 and he tied with Green Bay's Keith McKenzie.

In 1999 McKenzie edged Armstrong with 8 to the former's 7.5, Another notable DPR is Clyde Simmons who had 7 sacks as the Bengals DPR. Simmons was a long-time starter who like so many played a part-time role in his twilight seasons. 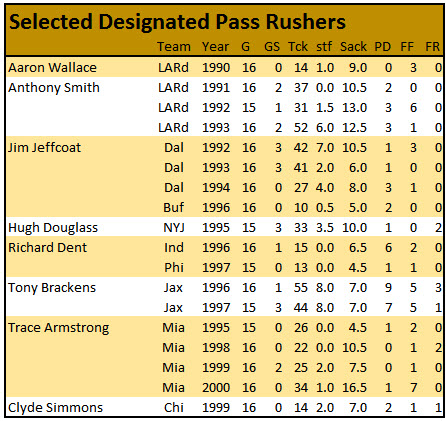 Continue with Part V:
Posted by John Turney at 3:08 AM