A Decade-and-a-Half of Lost First-round Picks 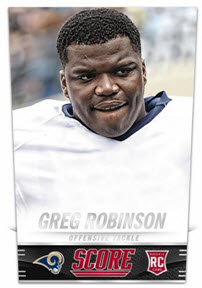 Watching the Monday night game of the Lions at the Giants we took some time to watch Greg Robinson (who Jon Gruden panned during the telecast) the Lions left tackle. Sometimes he was okay, others not okay, to say the least.

Robinson is one of a long line of Rams first-round draft picks that got dumped for late-round picks or players who were, shall we say, not blue chippers. Robinson, of course, was the second overall pick in the 2014 draft and on July 15, 2017, he was traded to Detroit for a sixth-round pick. 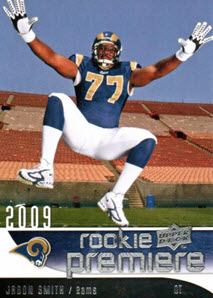 The 2009 second overall pick Jason Smith had issues with concussions and was unloaded on August 28, 2012, in a trade with Jets for Wayne Hunter who had been, essentially, a career backup for the Jets. 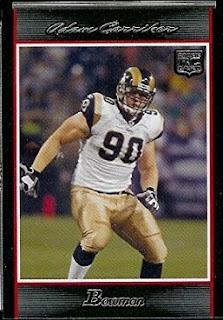 The Rams 2007 First-round pick was Adam Carriker. On draft day, 2010, the Rams sent him to the Redskins for a swap of fifth- and seventh-rounders. When one applies the Jimmy Johnson draft value chart is applied, essentially it boils down to a net seventh-round pick for the Rams in exchange for Carriker though this trade chain is a bit complicated due to secondary trades. 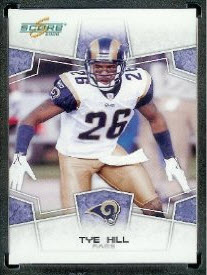 Prior to Carriker, the Rams took Tye Hill in the First round of the 2006 NFL Draft. He played 28 games with 21 starts for the Rams in three years and GM Billy Devaney and Head Coach Steve Spagnuolo shipped Hill to the Falcons for a seventh-round pick. 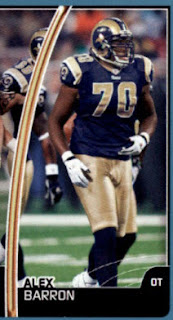 In 2005 the Rams #1 choice was Alex Barron. Barron was a five-year starter but was not highly regarded by Devaney and Spagnuolo (and likely few others). In the Summer of 2010 he was traded to the Dallas Cowboys for  Bobby Carpenter, himself a former first-round pick who had no amounted to much in his Cowboy career. 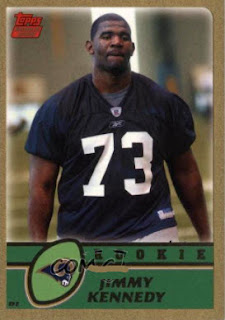 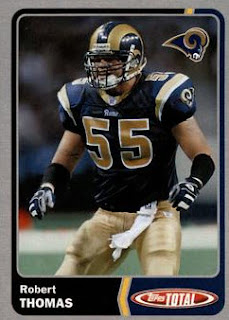 UCLA's  Robert Thomas was the Rams 2002 #1 pick. he played middle linebacker, outside linebacker but could not make impact plays, or even average plays at times. On September 3, 2005, the Rams traded him to the Packers for  Chris Johnson. No, not that Chris Johnson. This Chris Johnson played defensive back for the Rams for a season and returned a kickoff for a touchdown. Which, by the way, was the last time the Rams returned a kick for a touchdown. It's true, you can look it up. 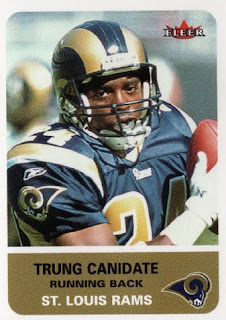 In 2000 the Rams raised eyebrows when they took Trung Canidate with the final pick in the first-round. Three years later they shipped him to the Redskins for David Loverne and a 2003 fourth-round pick.

So, included the details in the previous paragraph we ask—What did the Rams get for 8 first-rounders and three late rounders?

The best player is Eugene Sims was stated some when Robert Quinn was hurt, but made his mark as a nickel rusher, often as a defensive tackle in a four DE set and also as someone who spelled Quinn at right defensive end. Not tons of value for so many high picks.Maybe the Rams will find a Tob brady on the sixth round of the 2018 draft with the pick they received for Greg Robinson.
Posted by John Turney at 8:06 PM