The L.A. Rams Tally Four Sacks, 2 Pick 6s and a Safety Versus Colts 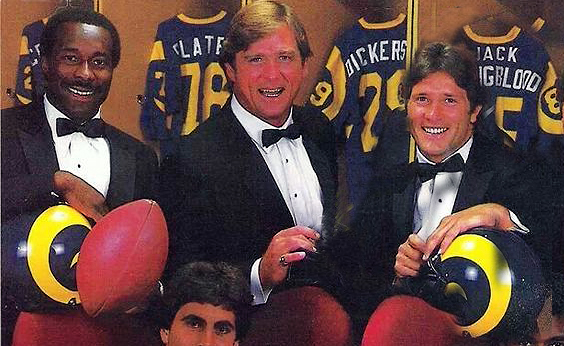 Today the Los Angeles Rams scored a safety, had two pick 6s and sacked the Colts QB four times. Trumaine Johnson and  Lamarcus Joyner each took an interception to the house and Morgan Fox tackled Jacoby Brissett tackled in end zone for a safety. Additionally, the Rams sacked the Colts quarterbacks four times

It was the fourth time in their history (since 1963 when team sacks became official) they have done that, the last being September 21, 1980.

Today's feats were also just the second time in team history they had 3 or more sacks plus a safety and returning two interceptions for touchdowns. In 1983 Johnnie Johnson and Nolan Cromwell returned passes for touchdowns and Jack Youngblood sacked Ken Stabler for a safety. 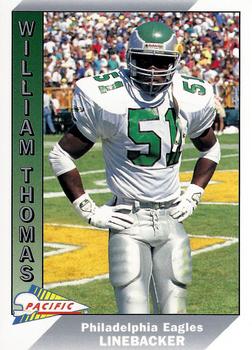 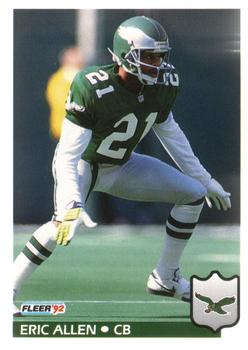 In fact, only the Rams and Eagles have performed that feat. The Eagles did it in 1993 when Eric Allen score a pair of touchdowns on two picks. William Thomas had the safety when he sacked Mike Buck for a safety.

As for games with a safety and two pick 6s it was the seventh time it has happened since 1940. It was the first time it has happened on opening weekend (as if that matters). It seems some in the National media think that the week it happens matters one way or the other. The Rams mentioned it in their postgame notes "- The Rams are the first team in NFL history to record two interceptions returned for touchdowns and a safety in a season opener, per Randall Liu (NFL).".

Would love ask Mr. Liu why the week matters. In the 1983 instance of the Rams versus Saints it happened in a season finale. Does that carry extra meaning? Less? 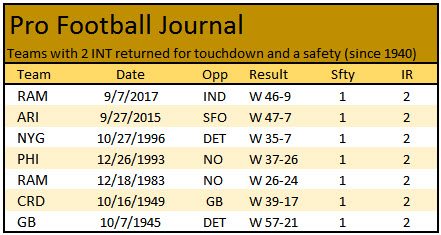