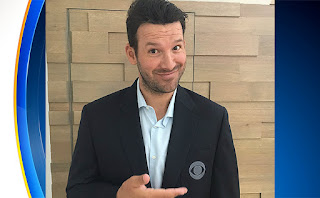 By all measures, Tony Romo is doing well as a color analyst for CBS Sports. Well, maybe not all measures, Brent Musburger isn't a impressed with Romo's booth work just yet.

Romo has been touted as correcting predicting plays, blitzes, and defenses which he does do quite often. But, he's not yet perfect.

In overtime (about 9:19) in Sunday's Bengals at Packers game, Romo said (right before the snap), "Here comes some sort of Dom Capers 2-man coverage".

Well, the first shot shows just that. Two deep and the five short defenders lined up over a man. 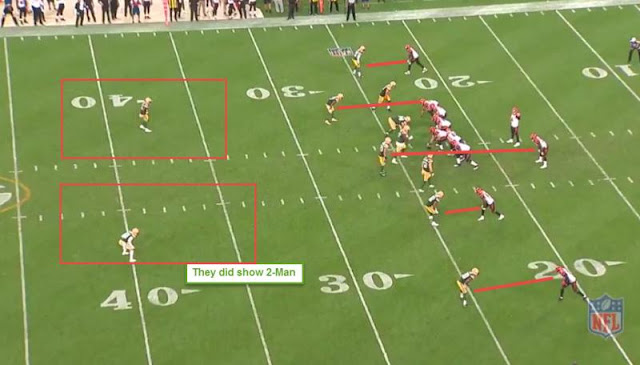 BUT it was just window dressing. They played Tampa-2. You can see the four short zones and the "hole" in the middle where the Mike 'backer is roaming. The far corner lets his man go so the safety on his side can cover him. It's clearly not man-under Cover 2. 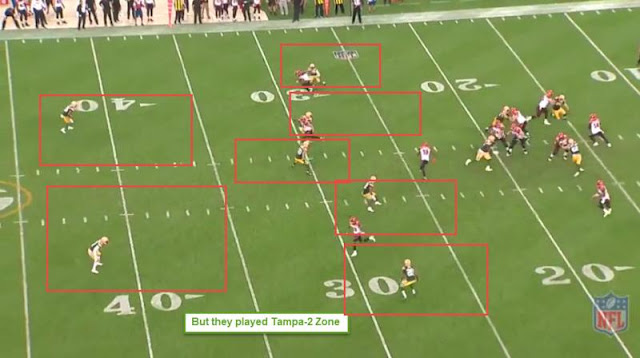 Tony, you gotta do the post-snap read for us.... that is the coverage.

Earlier in the game, at the 10:00-minute mark of the 3rd quarter, on a Packers TD pass, Romo said (again before the snap), "Cincinnati is playing coverage here, they're not going to blitz a lot of guys." 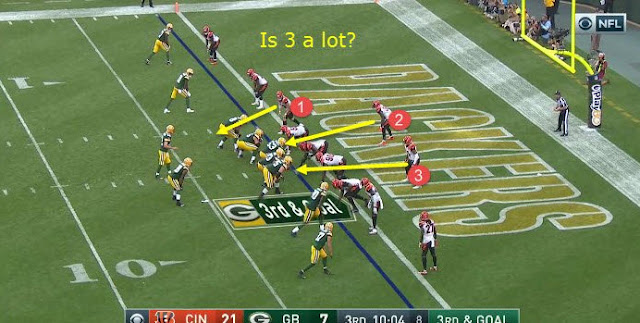 The Bengals did blitz three and Rodgers rolled right— away from the pressure and threw a touchdown as he is apt to do.

Look, we've enjoyed Romo very much and will listen to him all season and we will learn lots, we already have. But, dare we say he's not 100% *there* yet?
Posted by John Turney at 12:52 AM