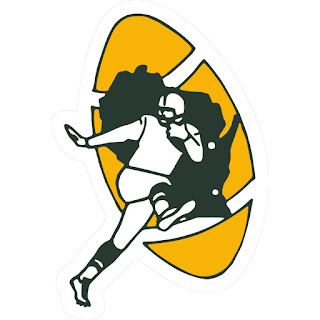 For Mike McCarthy and the Packers, the goal remains the same: win a second Super Bowl.

Unfortunately for coach and team, the time to do so may have come and gone.

This February, seven years will have passed since defeated the Pittsburgh Steelers 31-25 in Super Bowl 45. To date, that’s the only NFL championship the team has earned under McCarthy’s leadership.

Will there be a second? Or will patterns of the past prevail and preclude a repeat performance?

Thirty-one head coaches have won a Super Bowl since the game was first played in the Los Angeles Coliseum in 1967. Thirteen coaches won more than once.

Thousands of players have taken to the field on Super Sunday. A total of 428 played for the winning side two or more times.

If there is one takeaway to be gleaned from combing through the ranks of Super Bowl winners it is this: Those who win for a second time tend to do so quickly. The spectacle that has become an unofficial American holiday waits for no one.

Six players who played in that victory over remain on the Packers’ roster. They are Bryan Bulaga, Mason Crosby, Brett Goode, Clay Matthews, Jordy Nelson and Aaron Rodgers.

Another, Morgan Burnett, was with the team at the time but was placed on injured reserve with a knee injury three months before the big game.

In the years that have followed, has made the playoffs six consecutive seasons. Twice it reached the NFC championship game only to be denied a berth in the Super Bowl by the Seahawks (2014 season) and Falcons (2016).

Certainly has made the effort to return to the Super Bowl. The results, a 5-6 record in those 11 games, have been less than satisfying.

Vince Lombardi began the trend of collecting a second Super Bowl ring in short order. On Jan 15, 1967, his Packers defeated the Chiefs 35-10 in what was then known as the AFL-NFL World Championship Game. A year later, his team dispatched the Raiders 33-14 to earn a second title.

While others experienced even longer delays – Bill Parcells (4), Tom Couglin (4), Joe Gibbs (5) and George Seifert (5) – no one has yet matched the length between Tom Landry’s No. 1 and No. 2. The Cowboys head coach saw six years elapse between his team’s first (1972) and second (1978) Super Bowl wins.

It’s Landry’s mark that McCarthy would break should his Packers win at U.S. Bank Stadium in February.

Players, like coaches, have earned seconds with relative quickness. The average wait for a player to collect a second ring has been 2.35 years.

Of the 428 players who won two or more times, 211 picked up their second win a year after winning their first. Another 112 won after a 2- or 3-year delay.

The numbers add up. A full three quarters of players who played on the winning side in two or more Super Bowls won for the second time within three years of their first triumph.

There have been exceptions, of course. A few players even endured stretches between first and second wins that were as long or longer than the drought that has taken hold for Rodgers and his teammates.

But their ranks are small. Only seven players waited seven years or more, and six of those celebrated that second victory with either a different team or a different head coach.

Elvis Patterson (7 years), Andy Frederick (8), Peyton Manning (9) and Matt Bahr (11) played for a different team the second time they won a Super Bowl. David Humm (7) and Ray Lewis (12) won twice with the Raiders and Ravens, respectively, but their head coach was different the second time round.

Vince Wilfork is the only long-delayed two-timer who accomplished the feat with the same team and coach. As a rookie in 2005, the defensive lineman played in New England’s 24-21 win over , the Patriots’ third title under Belichick. Wilfork then toiled for another 10 years before the Patriots edged the Seahawks 28-24 in Super Bowl 49 in 2015.

At this point it is important to note that only players who actually played in the various Super Bowls have been considered. Individuals such as Jim McMahon, who started Super Bowl 20 for the Bears in 1986 but did not play in ’s victory over the Patriots in January 1997, are not classified as repeat winners.

Back to Landry who coached for 29 seasons (1960-88). For years he and the Cowboys were said to be incapable of winning the big games. It was only after toppled the Dolphins 24-3 in Super Bowl 6 that those concerns subsided.

In the years that ensued, sentiment grew that the team might be a one-year wonder. But that notion was dispelled after the Cowboys upended 27-10 in Super Bowl 12.

Six years remains the longest time between a coach winning his first and second Super Bowls. Six years is time enough to question whether the Packers will hoist a second Lombardi trophy with McCarthy still holding the coaching reins.