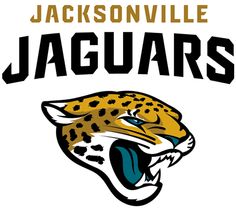 This year we are picking All-Time All-Rookie squads for each of the NFL franchises. This iteration is the Jaguars: 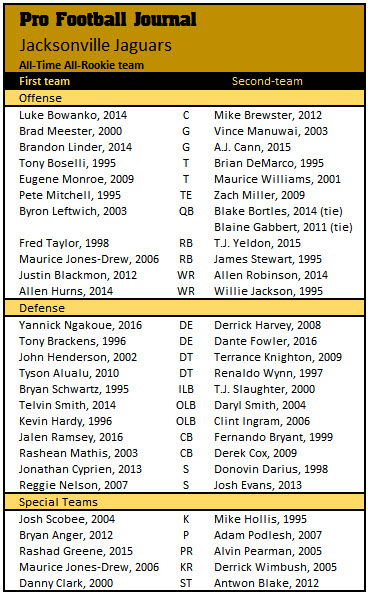 As rookies Meester, Linder, Boselli and Monore were particularly solid. And behind the second team were honorable mentions Will Rackley, 2011, Eben Britton, 2009, and Khalif Barnes, 2005.

We put Leftwich first and decided that Bortles and Gabbert's rookie seasons to too close to separate so we gave them both Second-team honors. None stood out and none were awful. Just mediocre.

Fred Taylor rushed for over 1200 yards and 14 touchdowns and was All-Rookie and Maurice Jones-Drew, as a rotation back gained over 900 yards and scored 13 touchdowns on the ground.

Yannick Ngakoue had an excellent rookie year as an edge rusher as did Tony Brackens in 1996, though he didn't start he played in nickel situations as a defensive end and even as a middle linebacker in dime situations.

Telvin Smith and Kevin Hardy were near-Pro Bowl quality as rookies. Hardy had 88 tackles, 5.5 sacks and forced 3 fumbles as a rookie while Smith had 104 tackles and 7.5 stuffs. Marcus Stroud, 2001, is an honorable mention is a very deep defensive tackle pool.

Agree or disagree with our choices? Post in the comments section below.
Posted by John Turney at 3:46 PM