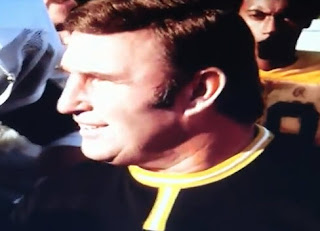 One thing that was quite interesting was the coaches uniforms. We are not sure how many versions of this they had (nine possible if there was a white shirt). So maybe the late 1970s-early 1980s Pittsburgh Pirates were the only team with more. 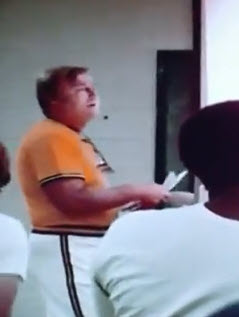 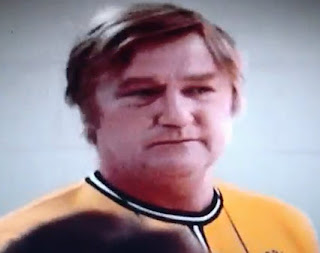 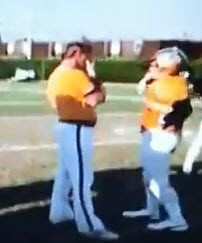 Here Hank Stram has the black top and gold pants with black and white trim: 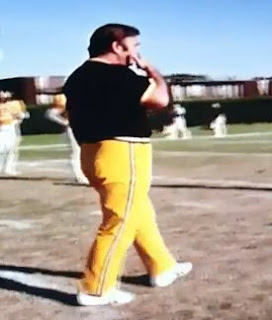 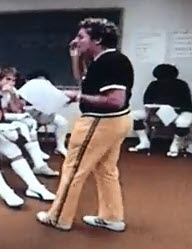 Here are several coaches in the black top and white trouser combination. 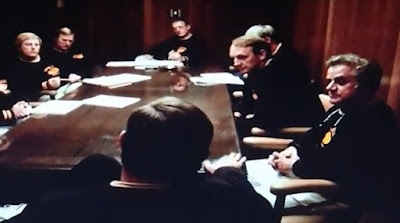 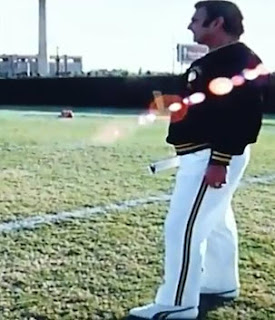 This is a distant shot but it's Stram in the gold over black combination: 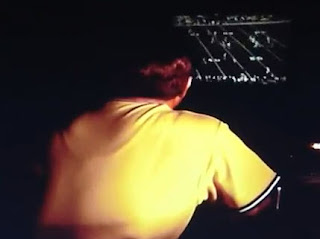 There was also a black over black with some Pumas that have a gold stripe in the middle. 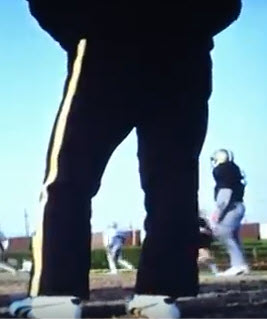 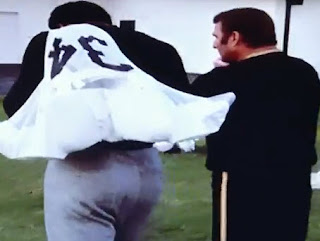 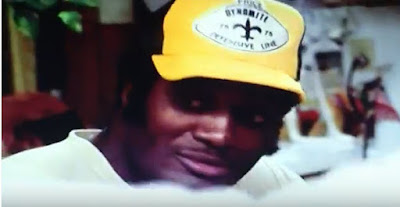 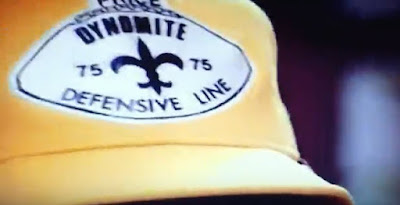 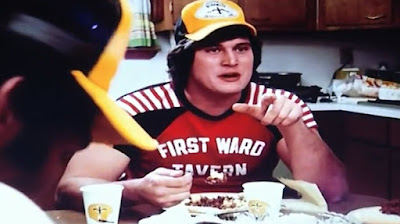 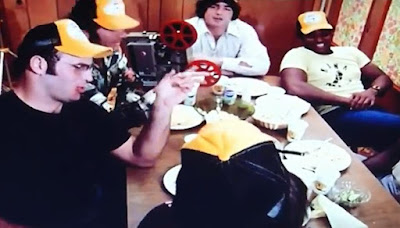 We've mentioned this before but here is kicker Rich Szaro's sawed mask, which is a Dungard 205 with the top bar removed. You can see the remnants of the top bar well in this piece. 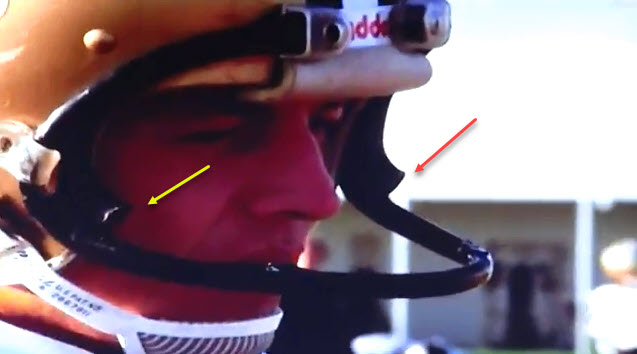 Here is a wide Dungard 210 mask, not rare, but not that common either. 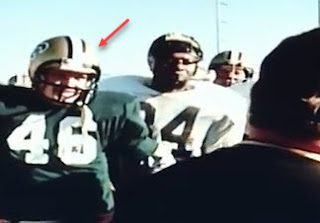 The players had nice workout tops with their uniform number in the yoke: 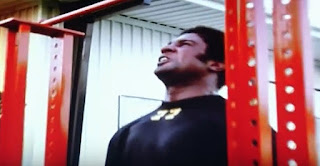 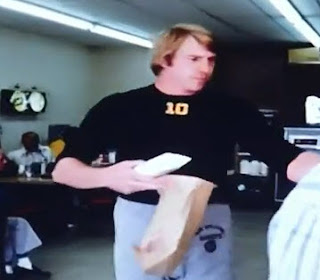 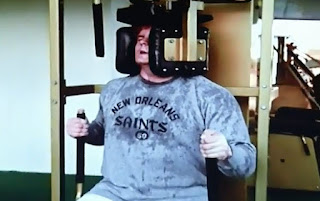