LOOKING BACK
By John Turney
I didn't know Joel Buchsbaum, we only spoke over the phone but I can say that I miss his work and wish he were still around. He passed away in December 2002 at the age of 48 of natural causes.

Buchsbaum began writing in 1979 and his articles were published by Gannett News Services and also wrote for Pro Football Weekly, and that year he wrote the first draft book, ''Pro Football Weekly and Scout's Notebook '79.''

In so many ways Buchsbaum was first to publish several things. The aforementioned draft book, he published player ratings, something akin to the current Top 100 list that the NFL Network broadcasts every Summer. He even was innovative in small ways, like in 1991 when he grouped nose tackles and 4-3 tackles together as "defensive middle" which is the same thing as the "defensive interior" that the Associated Press now uses for their All-Pro team and other groups use. And a bit later he coined "outside defensive linemen" similar to edge rushers along with the "(Hybrid) end-outside linebackers:

He also was one of the first (if not the first) to pick pre-season and mid-season All-Pro team in 1980: 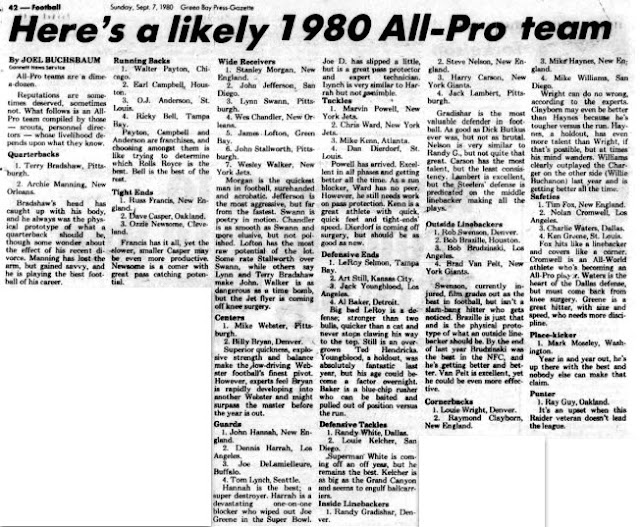 Buchsbaum watched film, but he also talked to everyone—scouts, coaches, NFL executives and gather excellent information and as a result, his All-Pro teams and "Best in the Business" lists were not run-of-the-mill and not simple repeats of the semi-official All-Pro teams of AP, PFWA and NEA.

Here are some of those articles as we go down the lane of "Let's remember":
1987 Preseason All-Pro team: 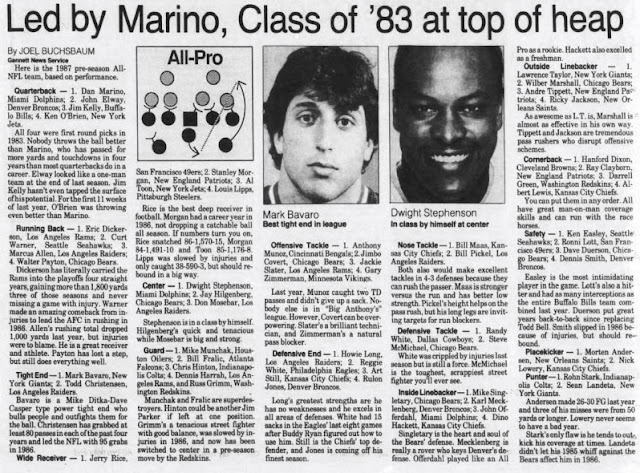 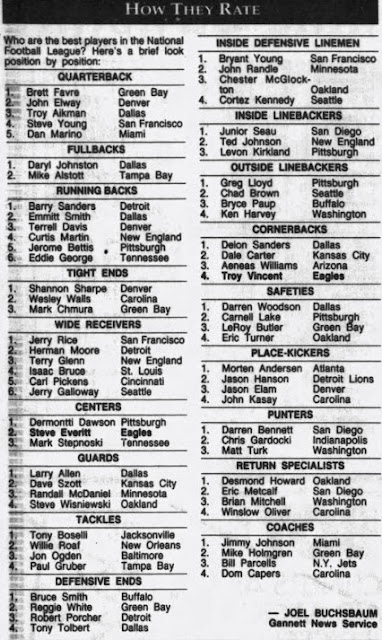 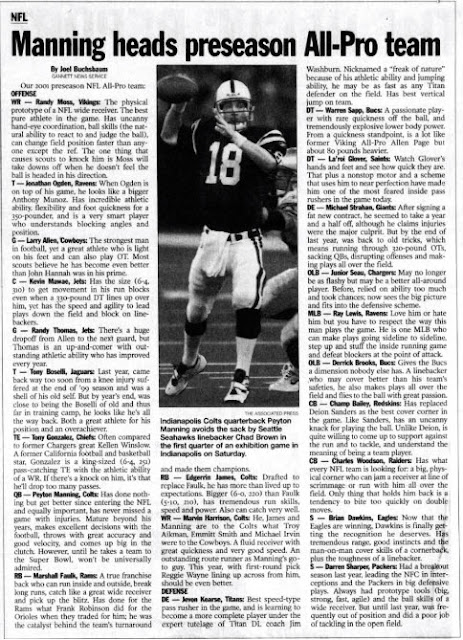 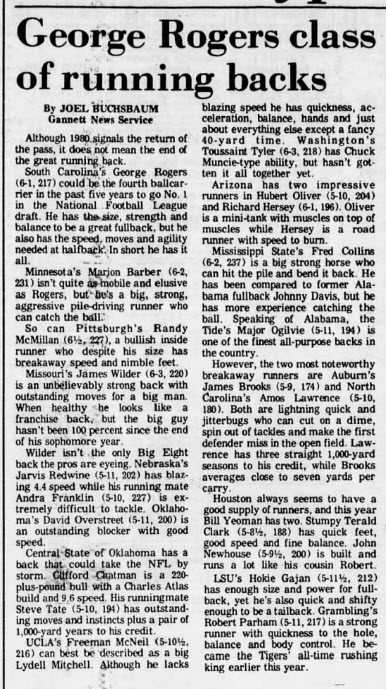 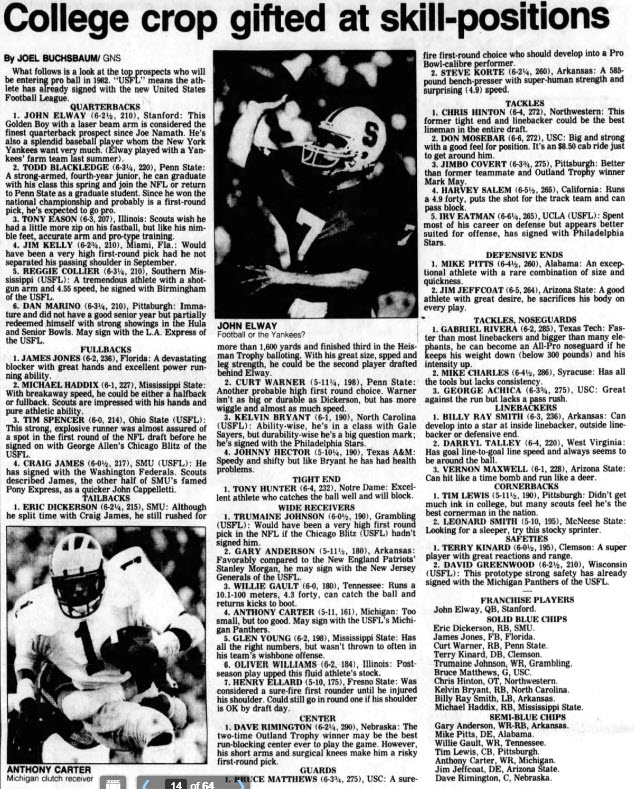