The Many Faces of Jack Kemp


Do enough studying of a particular team or player and you begin to notice little things. Take, for example, Buffalo Bills quarterback Jack Kemp. For some strange reason, he changed the face mask on his helmet a few times throughout his tenure in Buffalo, but it was so subtle most fans didn't even notice. 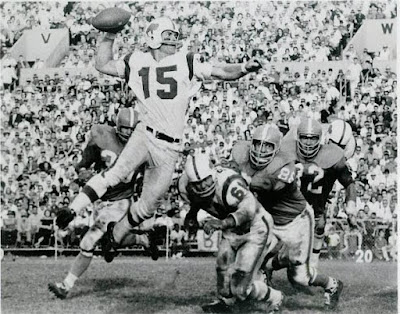 In Kemp's early years with the team, he wore a
single-bar mask as seen in this photo of the Bills
playing the Houston Oilers in 1963. 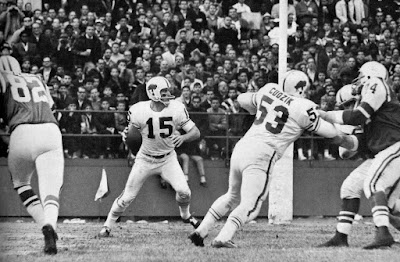 Even as late as November 8, 1964, when the Bills
were in New York facing the Jets, Kemp was still
wearing the single-bar mask. 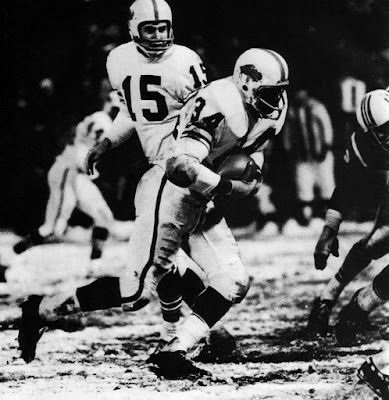 However, by December 20, 1964, when the Bills
were in Boston taking on the Patriots, Kemp had
switched to a two-bar mask. 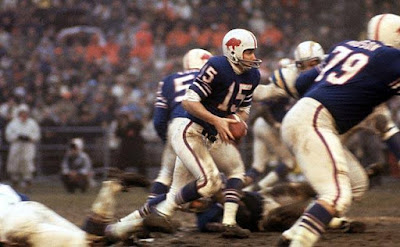 He was still sporting two bars when the Bills met
the Chargers for the 1964 AFL championship a
week later. 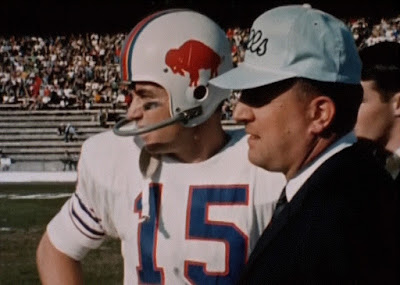 Fast forward to the 1965 AFL championship game
one year later, and we see Jack is back to wearing
the single-bar mask. 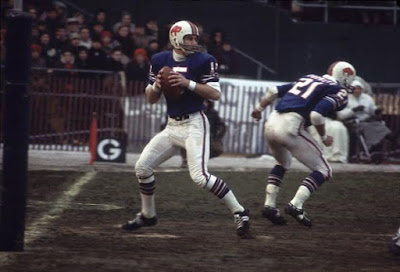 Another AFL championship game, another mask
change … here he is in the 1966 AFL title game
and the two-bar is back again! 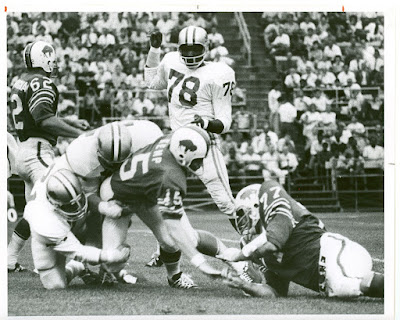 But the single bar mask was not forgotten, as
can be seen in this photo taken during a
Bills-Lions preseason game in 1968.

Not sure why Jack kept changing his face mask.  I plan to talk to his family and Bills long-time trainer Eddie Abramoski about it, but I'm not sure they even know.  Weird, right?﻿
Posted by Jeffrey J. Miller at 5:38 PM