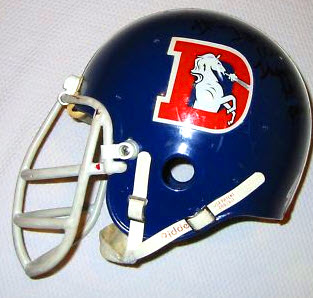 Since it's Summer we are continuing to examine small but interesting uniform anomalies. Today's subject is the lighter and darker shades of blue lids the Broncos donned in 1976 and 1977. 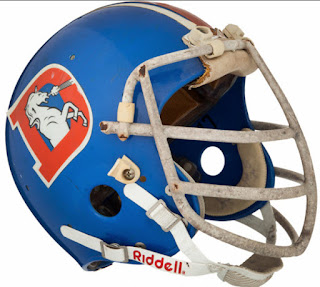 In the early 1970s the Broncos wore a medium blue helmet with the orange and white striping and the Bronco sticker with the big "D".

In 1976 and 1977 the Broncos went with a darker blue than in previous years. But the anomaly is not everyone got the memo. In those two years players could be seen sporting both shades.

Here are two players in the ligher model with everyone else in the new, darker shades 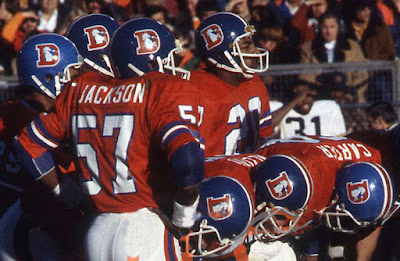 Here you can see Wright and another Bronco with the dark lid.

In the late 1980s they even seemed to get to be almost a baby blue, but at least everyone on the team had the same color: 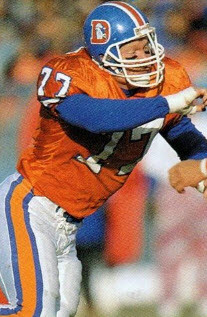 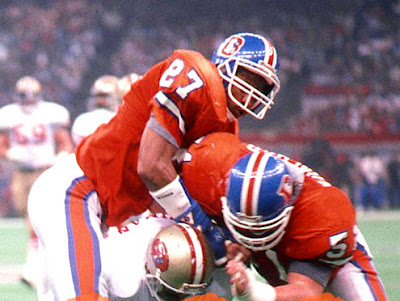 Here are the helmets from the earlier 1970s: 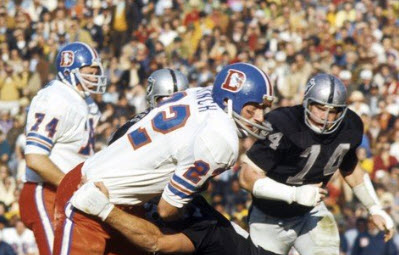 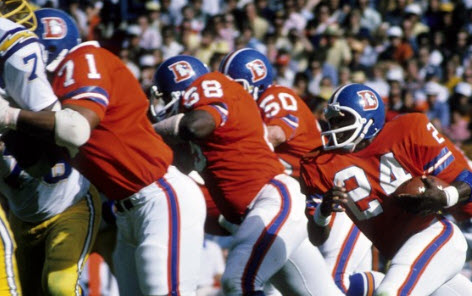 Here are a few helmets purported to be game used from the relevant era. 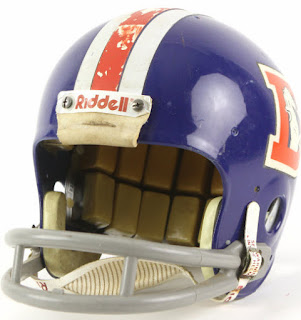 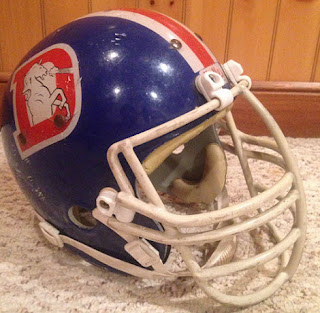 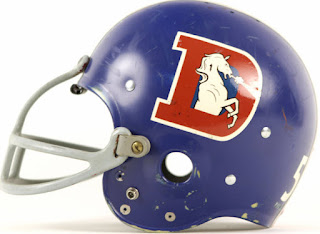 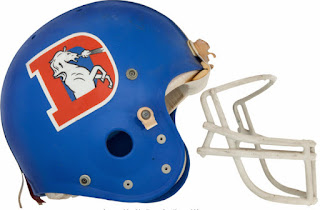