Len Ford in the Slot

LOOKING BACK
By John Turney
In the early 1950s, defensive ends were almost akin to current-day 3-4 linebackers. They often (not always) lined up in two-point stances and usually rushed the passer when they read 'pass' but not always. In the by the mid-1950s, as teams moved to 4-3 defenses from the 5-2 defenses the defensive ends put a hand in the dirt and played from a three-point stance.

Len Ford was the best defensive end of the early 1950s, call it 1950-55, and he was usually in a two-point stance on the right side of the Cleveland Browns defense. By 1955 and after he was moving more to a three-point stance but he was still mostly a stand-up defensive end.

However, here, in the following two still shots from the 1955 NFL Championship game, Ford steps out to the slot and chucks the slot receiver and threw his hand up and forced a Don Paul interception who returned it for a touchdown. 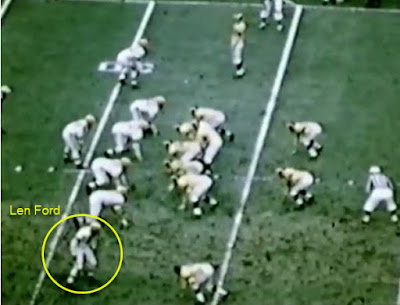 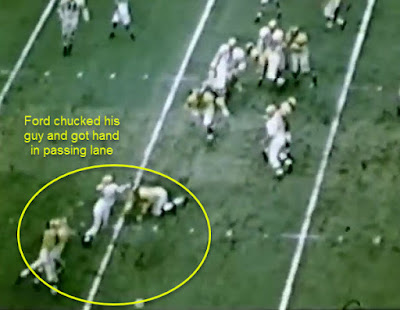 Again, here is Ford in the slot, essentially playing slot corner. Tha ball went to the outside receiver and Ford chased down the receiver and made the tackle. 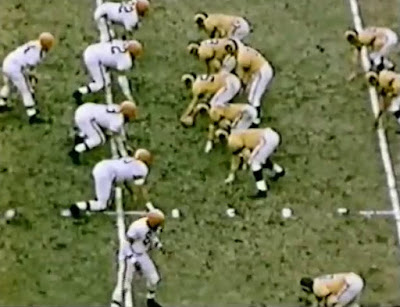 Here is Ford in a four-man line in a three-point stance. 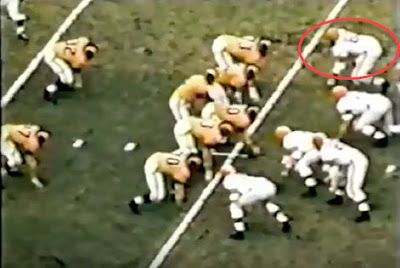 This time Ford is in a two-point stance in a five-man (52) line. 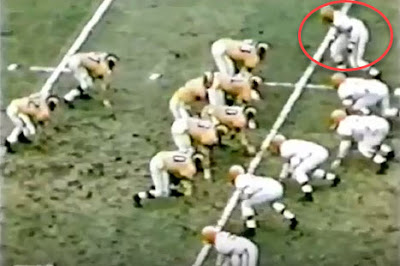