The Inside Scoop on Free Agency in the NFL

LOOKING BACK
by Jodi J. Woodruff 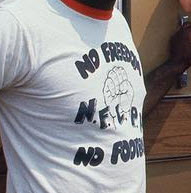 What is Free Agency in the NFL? This is a technical term of art that means the ability to market your services freely once your contract expires.  Today, in the NFL, players are “Restricted Free Agents”.  This means even though a player does not have a contract with a team, he still cannot market himself to the highest bidder. He is bound by the team he plays on for a period of four seasons.

That all changed with the Mackey decision. The Mackey case was filed by the players, suing the NFL for antitrust violations, to get freedom on the field to market their services to the highest bidder.  They won this case in the 1970’s in the Court of Appeals.  However, they gave up their rights to freedom in collective bargaining. (For pay and more benefits)

Then, in the 1990’s, the players sued again. This time, it was a trial by jury. The players won this case too, on antitrust grounds. So, once again, the players had won the right to free agency. However, once again, in the Reggie White Class Action, they settled it and gave up that right for more pay and better benefits. (See McNeil vs. NFL) 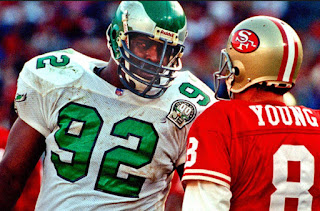 However, the scope of free agency changed from what use to be total suppression to the evolution of free agency after 4 seasons, which is the rule today. So, the players have made substantial grounds on the free agency movement.

But, 4 years is not enough. A player should be free to market his services, absent a contract on the first year in the NFL. There should be no restrictions on the player. This is a violation of antitrust laws.

The players argue that it’s about “freedom” (The freedom to market themselves to the highest bidder). But it is truly about money.  A player in the Top 100 makes an average of $8 million more dollars, per year, as a free agent. That is a lot of money. The owners do not like this. Currently, they cut players that are free agents in lieu of new players that are not.

This runs against their argument that the players will flock to the big market teams in a free agency world. That, in fact, is not happening. But, what is happening is the teams are cutting higher paid players for new ones that are restricted. This would stop with total free agency. Then we could maintain the continuity of the team that is required to keep a good, solid football team.

Plus, the NFL owners argue that player continuity is important. That is true. It is. However, stats. Have found there have been more Super Bowl victories in the world of free agency then there was under the old world of suppression. So, free agency seems to help the continuity of the game, not hurt it like the NFL has argued.

Free agency is important for many reasons, all outlined above. But most important, is the freedom one. The right to be free to market your services to the highest bidder is a right taken for granted in America. That right should be cherished and preserved.

Jodi J. Woodruff is the author of “Free Agency in Pro. Football” and “NFL Free Agency”.  She is a respected authority on this issue. Her website can be found at www.freeagencyprofootball.com. If you want to learn more about this issue or about the cited case law, please visit this website.

She is also the founder of PAA—the Professional Athletes’ Association.  The current chapter regards pro. Football. With this Association, she is trying to build a health care benefit plan for athletes.  To learn more about PAA, go to www.mypaa.org.