By John Turney
In 1980, in a game versus the Chicago Bears at Soldier Field a broken nose caused Archie Manning to don a helmet with a Schutt NJOP-DW mask on it. That's just a fancy word for a nosebar and three bar cage like many linemen wore at the time.

Manning began the game with his usual 1980 mask he Riddell OPO but with 1:45 left in the first half Manning was sacked. 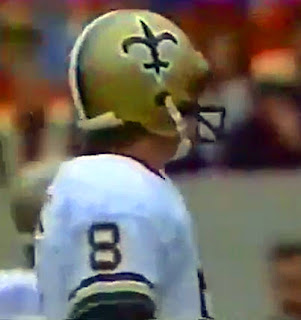 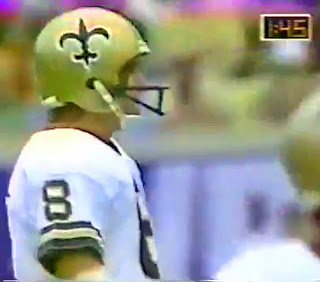 That sack by Dan Hampton and a late shot to the nose by Alan Page changed the mask Manning wore the rest of the game.


Here is Manning going to the bench with towel to the face. 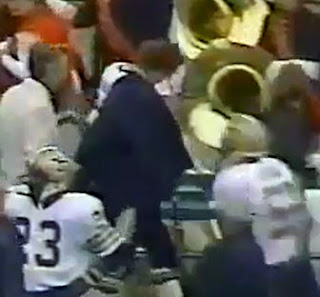 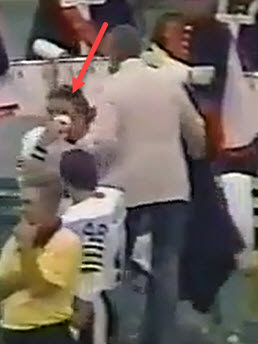 In the second half, Manning wore the aforementioned NJOP-DW: 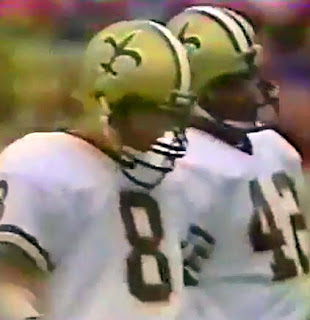 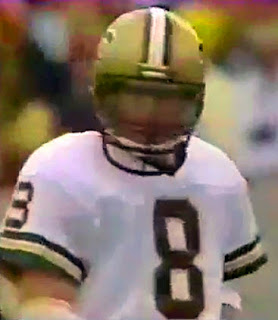 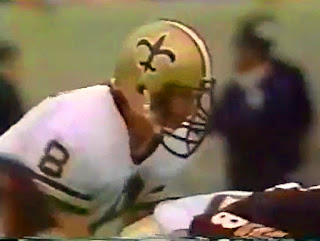 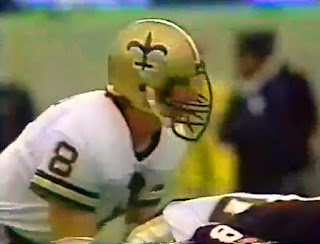 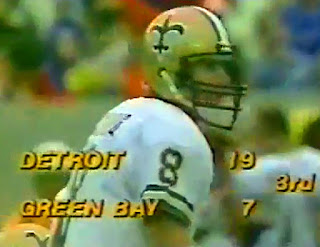 Other quarterbacks have worn mask with a nose or "T" bar—Mike Phipps, Don Meredith, Dan Fouts and others. But Manning with the full cage stands alone on this one. 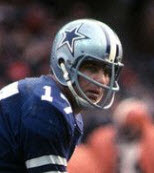 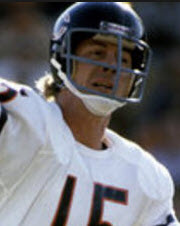 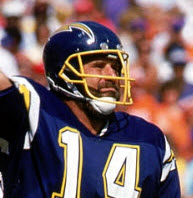