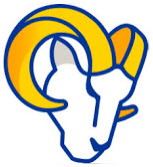 We've covered the Rams unis/logo situation and we apologize for that, but we have to add to those posts tonight. On ESPN's draft coverage a shot of what looks like a Rams helmet showed up on the screen.

Although the Rams uniform announcement is yet to be announced (the logo was announced on March 23rd) this seems more accurate that most leaks. There is no way it could be a playful prank directed by the Rams CEO Kevin Demoff because he would never participate in any kind of troll of Rams fans. No, not him.

Anyway. Here is a breakdown of a few points of interest in a screenshot of the helmet that appeared on ESPN— 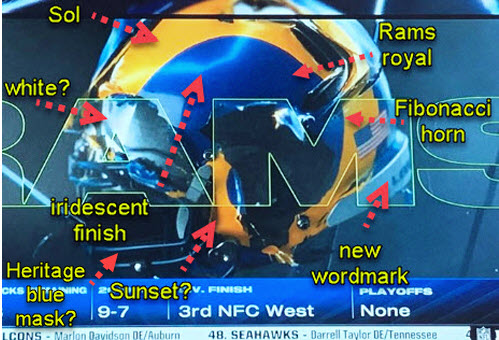 Also, there was a second CGI helmet that was less detailed but did have the new primary logo on the front bumper. This helmet is Ram Royal but is not a gradient, but is the wider, less tight classic Rams horn— 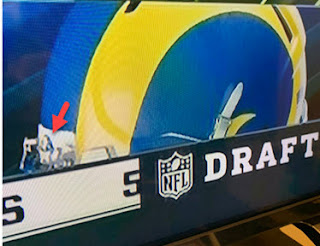 If you look, the back bumper has this wordmark

Here is the primary Ram logo announced a month ago— 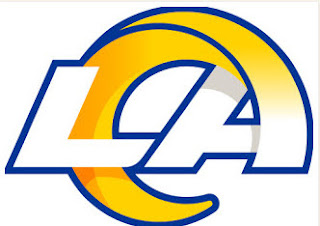 Here are the official Rams colors— 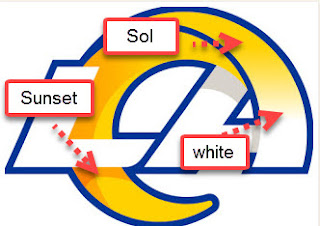 The Fibonacci sequence horn which the Rams made a big deal about is present in both. Both begin white and then it seems to gradually change to Sol then maybe to light orange or Sunset.

Again, we cannot be 100% sure, we are certainly willing to admit error if we are are not seeing things correctly or if this is simply a temporary stand-in helmet for television, but it does seem like a legit-type accidental leak of a Ram helmet that meets a lot of the criteria. And at first, we didn't notice the white in the front of the horn, then we looked closer and the gradient became a bit more noticeable.

However, with the graphic/peel filter or whatever is in front of the helmet it is impossible to tell with any certainly so there gradient may not be there, it may just be a Sol (yellow) horn on a royal helmet. Other views of a CGI helmet looked to NOT have a gradient horn, so there is that data point which suggests we may be seeing things that are not there in the above and below screenshots.

Try this, with the helmet reversed it is kind of a coincidence that the purported glare from some Twitter naysayers coincides with the logo. But it may just be a coincidence. Or the whole thing may be an ESPN mockup of a helmet based on limited information (they had to show something) and they did the best they could with limited data.

So, gradient horn or not we're not going to go "all in" on that. It's just too hard to tell and there is some sort of "peel filter" or graphic over the botton half of the helmet that obscures the design as well as a "Rams" graphic over that. But, it's clearly not the usual/traditionally shaped Rams horn, it's the new "Fibonacci" ratio horn, of that we're sure.

Time will tell if this is the real helmet or not, but this does seem like a fairly plausible leak with a plausible representation of the new Rams helmet.

In the meantime, here are a couple more clear shots— 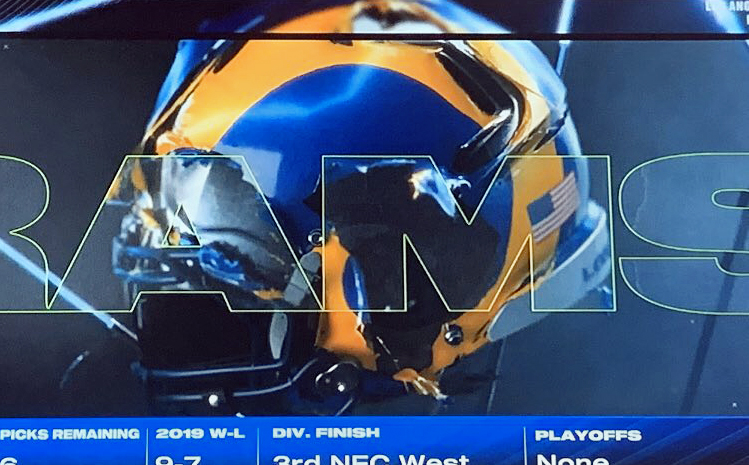 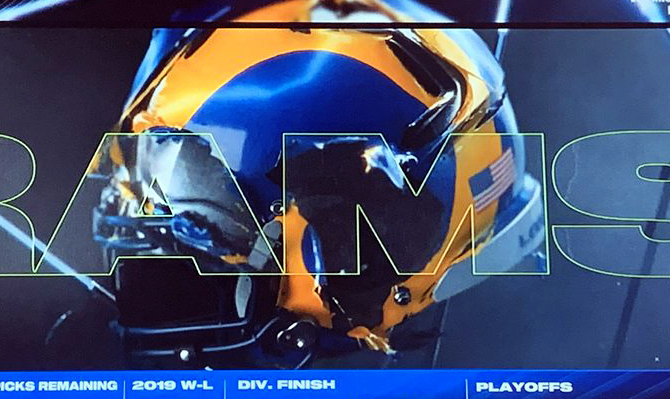