In the past, we've shown various souces for All-Decade teams

Sources:
The Hall of Fame has not yet (and may never) release a First- or Second-team. we've listed a couple of obvious choices and the unanimous ones. It really didn't make a difference in the final tally. 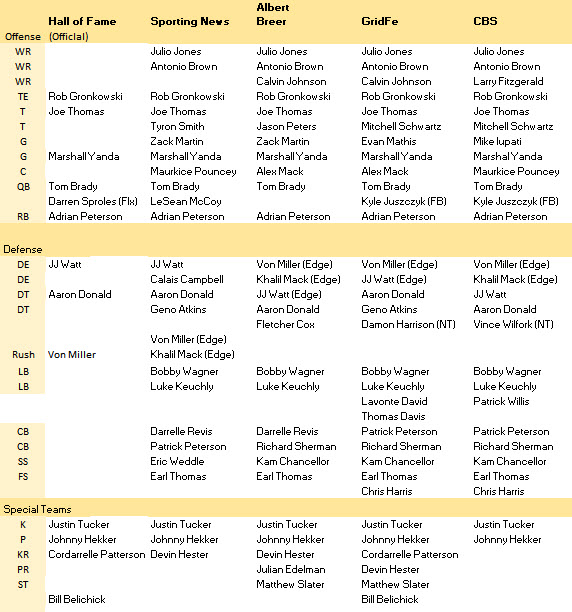 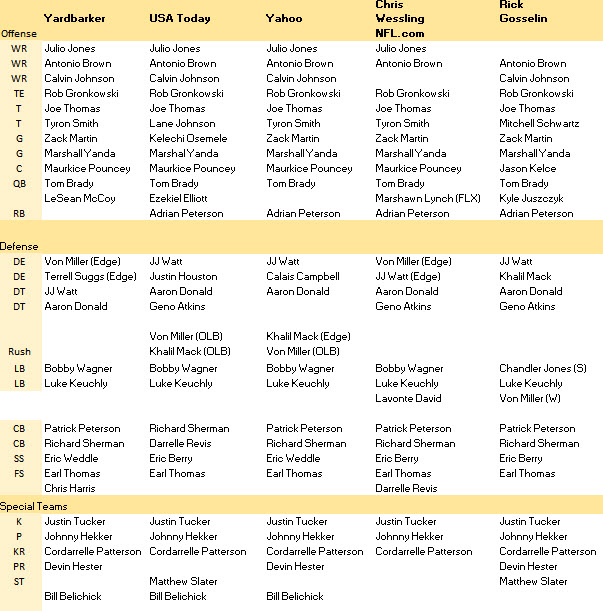 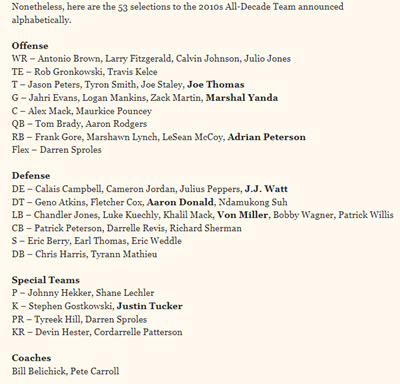 And for comparison's sake here is our own All-Decade team— 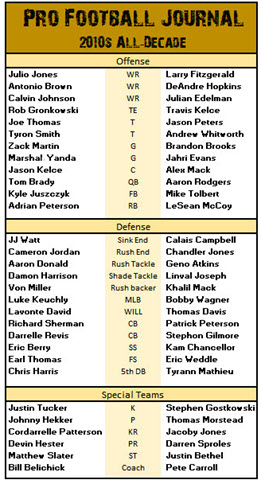