About two weeks ago (March 23rd) the Los Angeles Rams announced new colors, logos and wordmarks to mixed reactions. In our view the colors were well-received, the primary logo was panned and the secondary logo (Ram head) was in the middle somewhere.

However, it seems not all the logos and wordmarks were released publically, they were in a PDF file released to the media. In it there are iterations of the same designs using Navy blue rather than the "Ram Royal" announced as the new color (along with "Sol" a yellow/gold color" (meaning sun).

The Rams are calling the Navy "Heritage". Here are the colors as the Rams released them:

These colors are for use in clothing lines, we presume, blue hats/shirts, navy, white, yellow, black hats, etc.

Here are the new primary logos:


Here are some backgrounds that the second primary mark would be used on, perhaps navy or Rams royal or black— 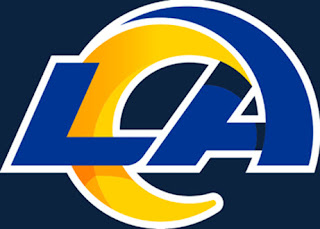 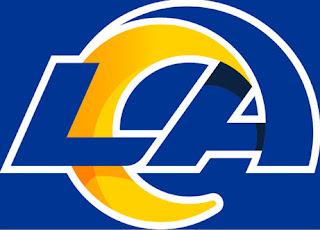 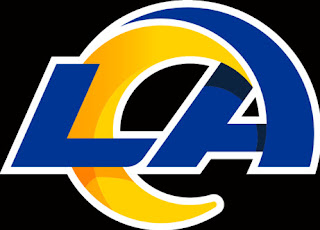 
Here is the combo logo on a variety of backgrounds—

Additionally there is a one-color Sol version.

Here are the wordmarks, none of them are navy, all are royal or yellow: