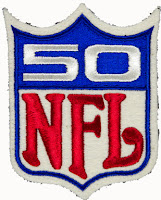 In 1969 all NFL teams wore the NFL-50 patch (above) left shoulders of their uniforms. The Vikings, however, because they switched to UCLA looks on their road uniforms wore the, below their TV numbers all season. 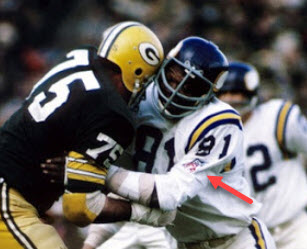 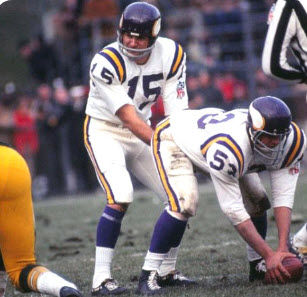 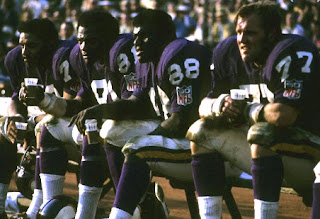 But for the home uniforms, they wore them on the shoulder, as most teams did— 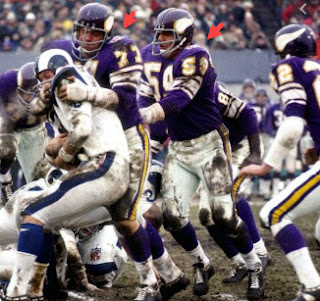 Except for Carl Eller, who usually wore it properly— 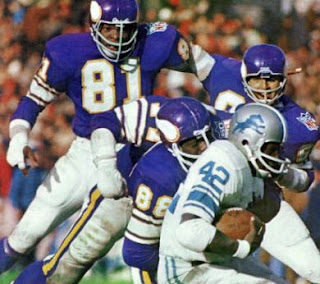 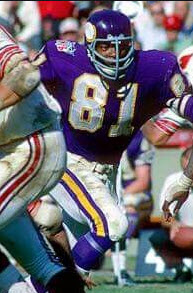 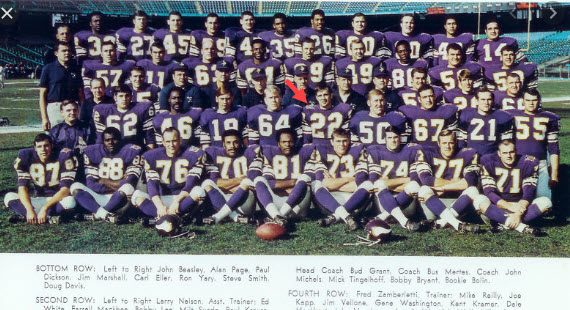 So, on the Tuesday before the game the Viking seamstress moved them all to where the NFL wanted them. 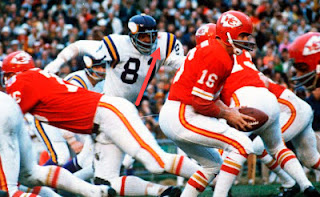 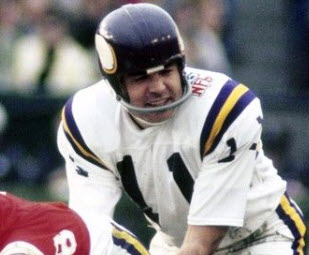 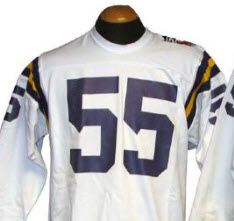