By John Turney
Part of covering esoteric things about the NFL is seeing odd things about uniforms. One thing few have noticed is how, over the years, the Viking's seamstress, Penny Bryce, would fit the nameplates to the player's name. So, if the name was short, the nameplate was short.

Usually, teams would have a standard nameplate that went across the back of the jersey and the name on the back (NOB) would be centered in the middle.

Ms. Bryce would simply fold the nameplate to fit the name and sew it on that way. Bryce sewed NOBs for nearly 50 years for the Vikings before retiring in 2018. She is not the only one to do it that way, but we feel confident the Vikings are the only ones to do it consistently throughout the years.

Here is an example using Brett Favre with the Packers, Jets, and then the Vikings. The Packers and jets used the standard way and the Viking nameplate fits Favre's name. 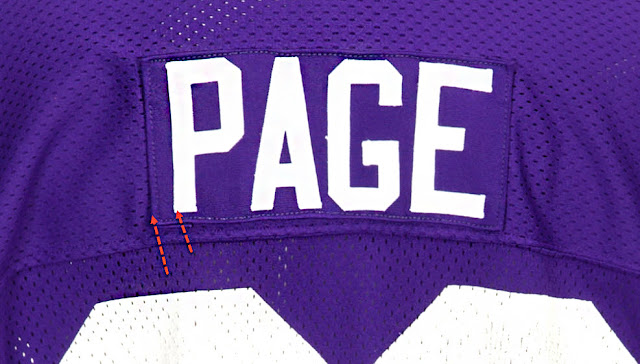 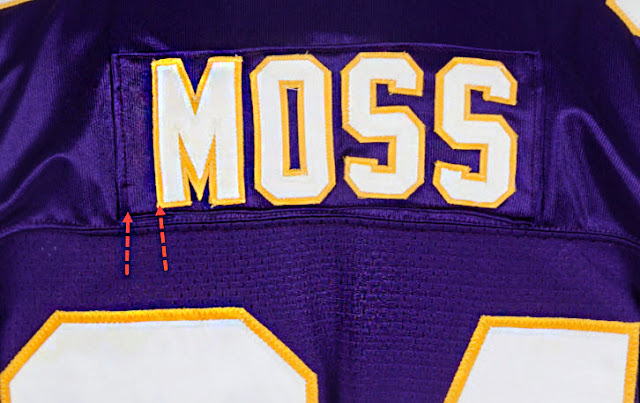 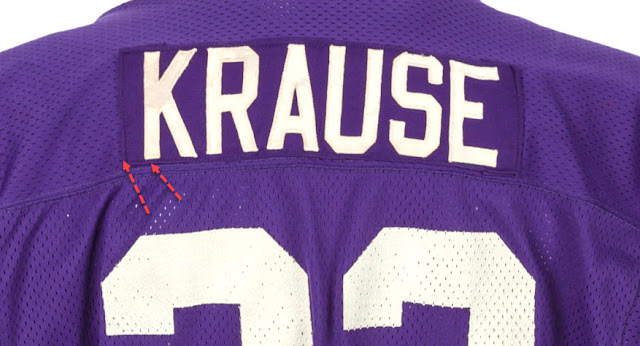 Here are examples of other teams handled short names— 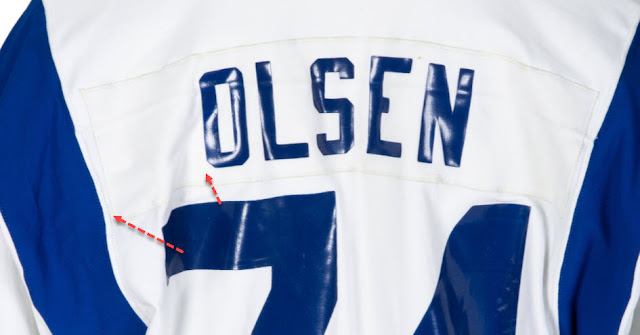 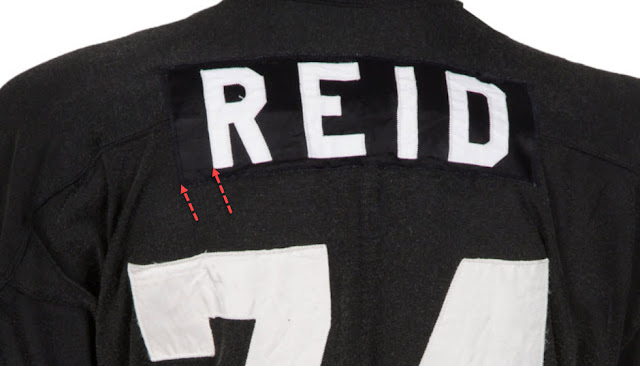 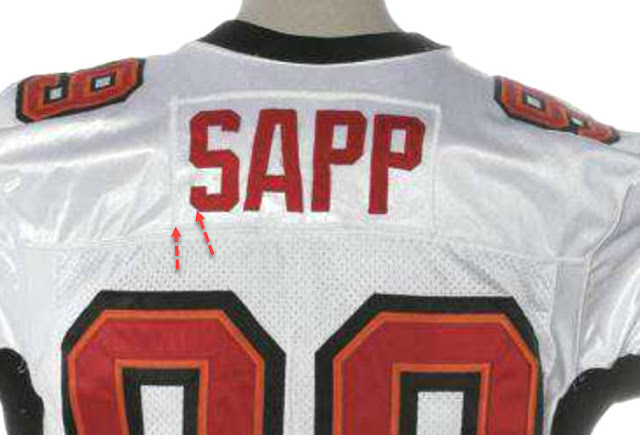 So, as we mentioned, as with the Bengals and the Bucs, some teams may have dabbled in the fitted nameplates for shorter names, but no other team we can find did it year-in and year-out. As can be seen, the Bucs did it recently with Sapp and others but not early in the 'Creamsicle' uniform era.

The Chargers came the closest perhaps because they seemed to have done the "short name" thing for quite awhile but abandoned it recently. 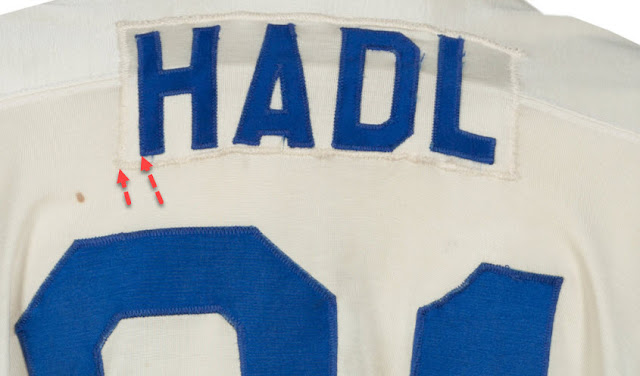 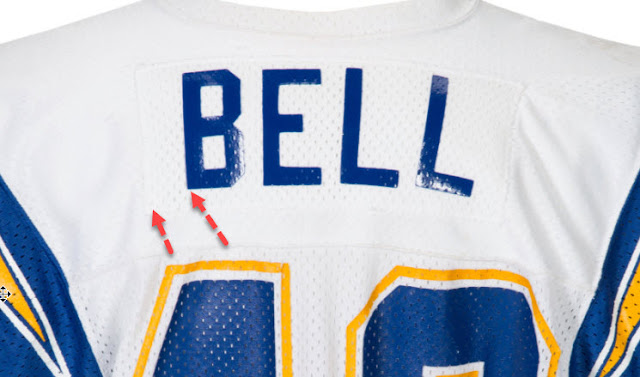 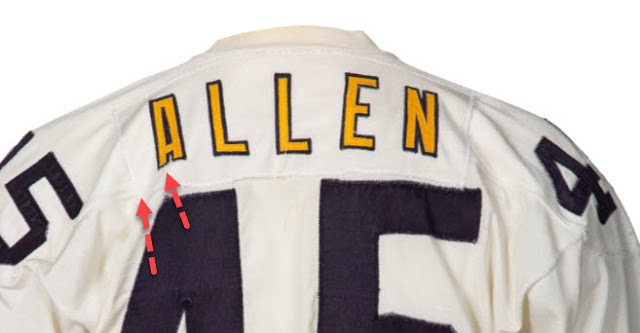 Ms. Bryce apparently thought it looked neater, more professional and made the extra effort to get it done right. The difference in what you see with her work as opposed to what some teams who would shorten the plaque is they would usually just zig-zag sew it on whereas she always folded them first to make it look neater.

And that difference makes for a great "Uniform Oddity" and we always appreciate that.
Posted by John Turney at 1:47 PM