A Few Thoughts on The Hall of Fame 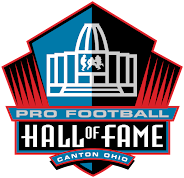 A few approaches can apply, who do you come up with?

a.  Remove one player per position

b.  Remove one player per team

2.  So much talk among real Hall fans is about the Senior Pool. Should it be the recently overlooked, should it be ‘super Seniors’ e.g.: two-way players, etc. A thought, what if every year the Senior pool rotated through decades, or clusters of decades. It’s always been problematic to compare Jim Benton to Drew Pearson, but what if in year one we were selecting from a pool of players from the ’30s, year-two the 40s, year-three the 50s, and so on.

This would make player comparisons easier, you could have different panels of experts with relatively more insight on the era and it would ensure, over time, broad generational representation.  What one player would you select from each decade?

3.  Some nerdiness. Should the bar for the Hall of Fame be lower or higher? Thinking about it mathematically, the Hall is supposed to represent the best of the best.

What if players are normally distributed on a bell curve the average player (say an alright starter) is right in the middle, a terrible player (the next guy you cut when you can find a replacement - say Falcons QB Kim McQuilken - look him up if you don’t know him) is on the left tail, and a Hall of Famer should be on the right tail.

If you buy the general assumption that, like most everything in the world, players are distributed in a ‘normal distribution’ on the bell curve then any lowering of the bar lets in more players than a raising of the bar removes. If you move the line between the orange and blue sections a notch left (lowering the bar) you let in more players than if you move it the same distance to the right. In such a way lowering the bar only inspires more debate about other worthy players than raising the bar. 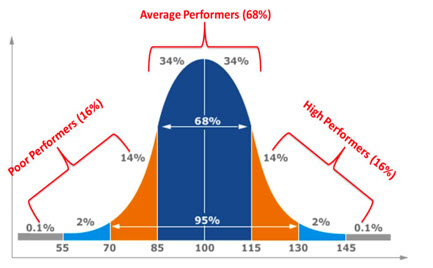 Possibly Arnie Weinmeister, though we believe his selection was based on his short-but-spectacular AAFC and NFL play. For both the USFL and WFL there’s a fairly good argument that the level of play was notably lower and the leagues were short-lived, so it’s difficult for accrued performance to meaningfully impact your view of a player; so apparently, no love for Herschel Walker.