By John Turney
Sam Mills was voted to the Pro Football Hall of Fame on January 18, 2022, and it was announced a couple of weeks later.
We don't know how much of Mills' USFL career was facotred in but if it was, it had to have helped. Mills was All-USFL three times, two of them were consensus and, if the tackle totals are to be believed he averaged almost 200 tackles and five sacks, and three picks per season and three fumbles recovered per season.
Here are his numbers— 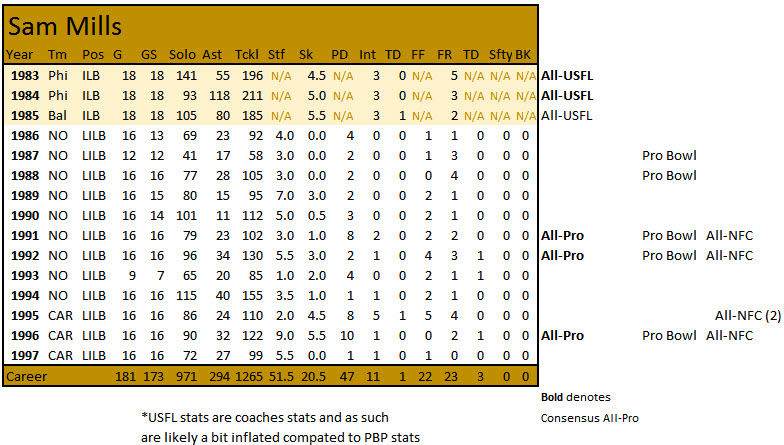 The USFL tackle numbers are likely coaches' stats and they often inflate the assist numbers. So the average of 200 may be high. But the other stats are rock-solid. However the USL played 18 games and the per-game numbers are, we guess, possible but not likely.

Either way, they were three excellent seasons for Mills and push his pro football totals to very high levers for a middle linebacker.