By John Turney
Back in the day, the NFL commissioned Merv Corning to do a watercolor of the MVP of the Super Bowl. That ended in 1998 and Corning passed away in 2006 so it could never have been revived. So, for over twenty years we've not had the opportunity to see an awesome watercolor of a Super Bowl MVP like this one of Cooper Kupp.
Bruce Tatman, just an amazing artist, did this piece recently. We've proposed that the NFL hire him to do such commissioned pieces. He does not try to be Corning, he's got his own style but the NFL lacks because there are no longer artists such as Corning, Chuck Ren, George Bartell, Bart Forbes, Cliff Spohn, and others.
The fans are not able to appreciate the stimulation right side of their brains because these kinds of works of art are not snapped up by the NFL and used in programs and books or other media.
We supposed they younger fans are too busy working the numbers of fantasy football and stimulating their left brains . . . which is too bad. Both are needed, left- and right brain usage.
We've suggested this before to the NFL marketing group but to no avail. We will do the same again in another email and also stage them on Twitter but we don't expect and consideration of the proposal to once again incorporate the fine arts into the palette of images seen by fans—they can still use digital art and photos, of course—so fans can appreciate what previous fans enjoyed.
Here are a few of Corning's Super Bowl MVPs— 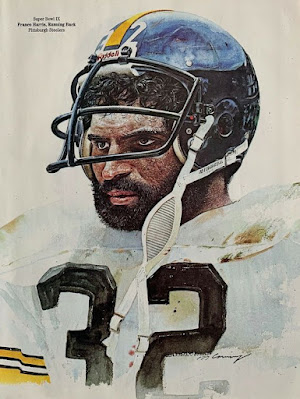 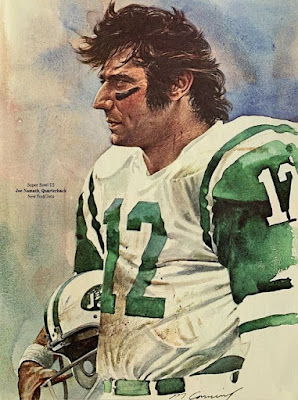 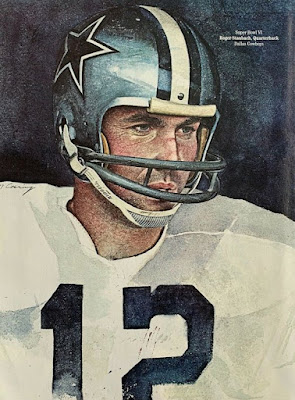 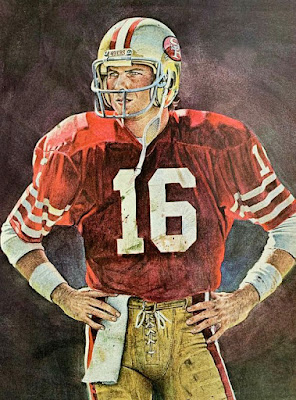 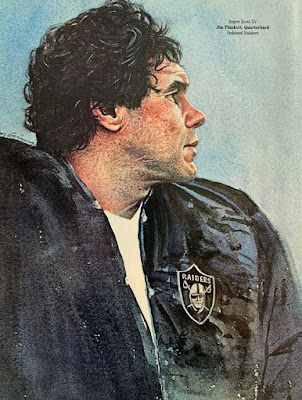