1964 Associated Press AFL and NFL Players of the Week

In 1964 the AP Players of the were selected from Week 5 through Week 11. We couldn't begin to guess why. But, here is the complete list that season 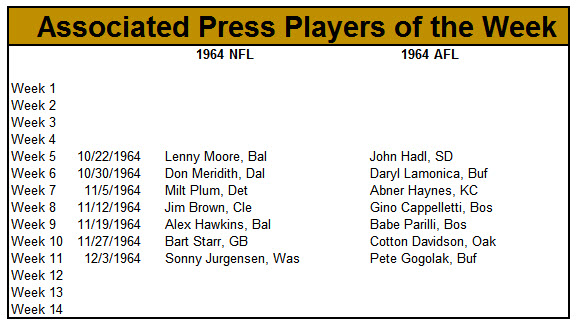 This list of players is almost a who for pro football. Alex Hawkins (Captain Who?)  may be the most esoteric name of the bunch. He caught two passes in 1964, one was a game winning 27-yard touchdown from Johnny Unitas on November 15, 1964. That garnered him the award.