On August 11, 1990 the Los Angeles Rams beat the Kansas City Chiefs 19-3 in Olympiastadion in West Berlin. It was the ninth American Bowl, a series of NFL preseason games played in countries outside the United States and the first in Germany.

At the time Jack Youngblood was doing the color radio for the Rams radio broadcasts and also working in the Rams front office in a marketing capacity. When the organization traveled to Berlin they went to see the Berlin Wall. Officially, the demolition of the Wall began just a month and a half before the Rams visit, though nine months or earlier in  November, 1989 the Mauerspechte chipped off parts of the wall in political protest and also for souvenirs that also served opening large crossing spaces for people in East Germany to escape through.

Recently, Youngblood received a letter from Mickey Dukich, the Rams cinematographer 1955-94, letting him know that after all these years, he finally got the piece of the Berlin Wall mounted.
We will let Mr.  share the rest of the story:
So, it appears that in August, 1990, Youngblood was an honorary member of the Mauerspechte (wall woodpeckers).

Here are the shots Dukich sent to Youngblood. 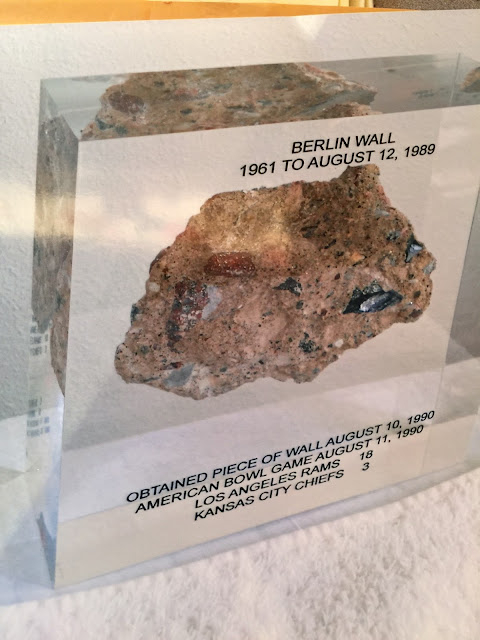 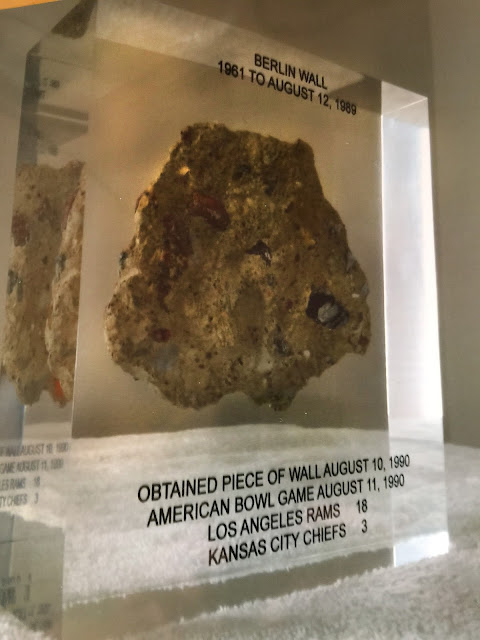