continues Johnny Unitas Week with a look at as advertising . Over his career Unitas appeared in many advertisements. He was the NFL's top salesmen throughout the late 1950's and locally in Baltimore and nationally.

For several years Unitas was a pitchman for Baltimore Federal Savings & Loan Association. These ads appeared mainly in the Baltimore Sun Magazine.﻿﻿﻿
Unitas also appeared in local Baltimore ads for Crown Gold Gasoline. This full-page ad appears in all of the 1959 Colts programs. 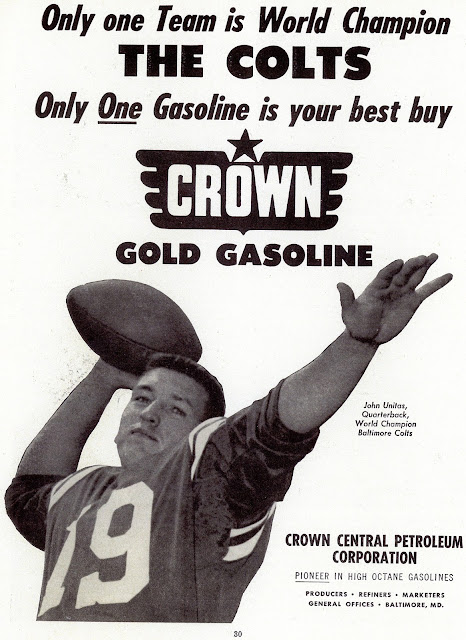 Unitas also did national ads like this one for Royal Crown Cola in 1960. This is my all-time favorite ad that Johnny U did. 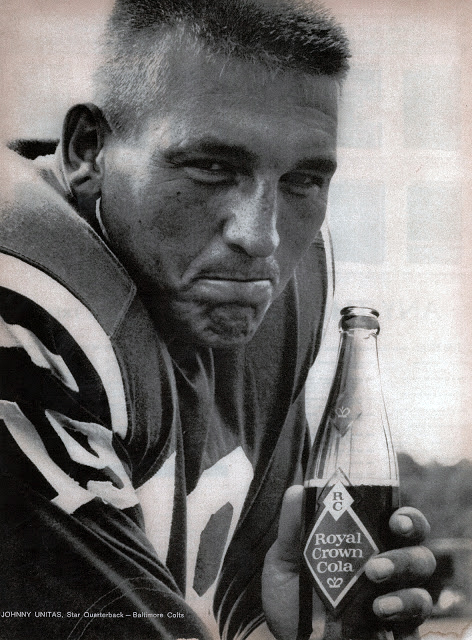 During the early sixties Unitas posed for clothing ads for Marlboro shirts featuring Arnel and Fortrel material. Unitas looked so natural posing for the camera.

Here is an ad Unitas did for Heinz soup.

In the 1964 Colts Yearbook Unitas appears in a full-page ad for Jarman Pontiac, a car dealership in Baltimore. 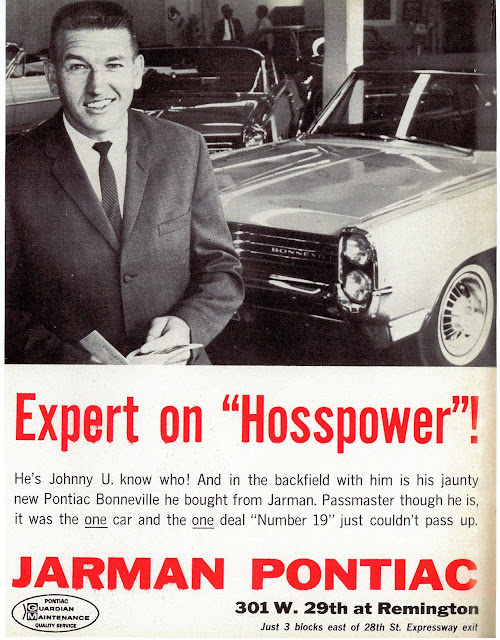 Later in the sixties Unitas appeared in national ads for Aamco. 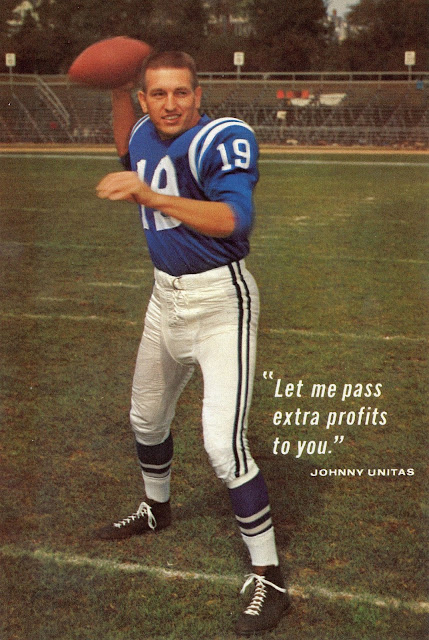 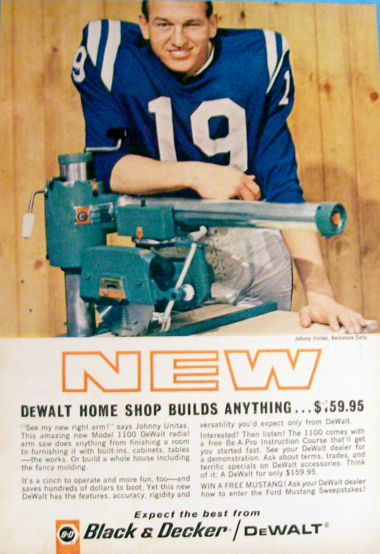 Unitas could pitch any product and over his career he did. Anything from soft drinks, to gas, to clothes, to socks and yesshampoo. 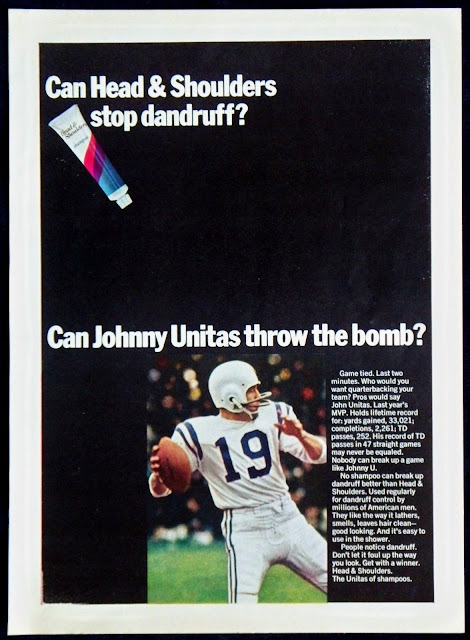 But one of his all-time best sales job was appearing in ads for air rifles and BB-Guns. Classic! 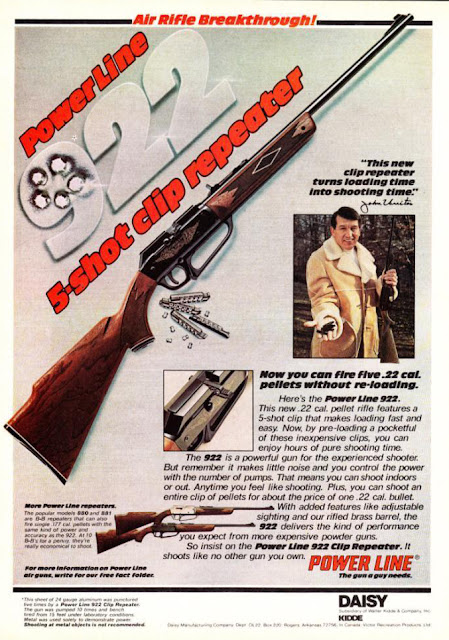 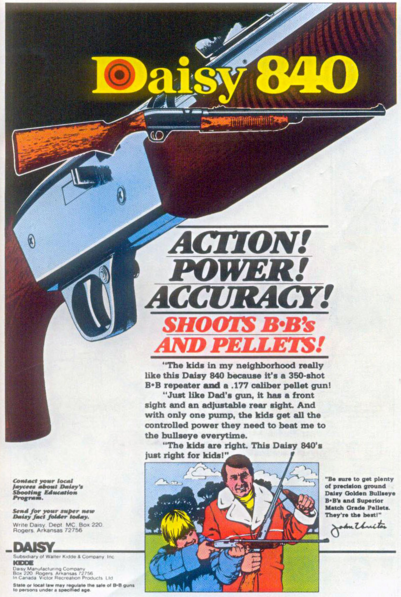 Unitas was certainly one of the NFL's all-time best pitchmen.
(:  Pro Bowls)﻿
﻿