1966 Associated Press AFL and NFL Players of the Week

In 1966 the AP Players of the Week were the first season to be totally complete, all , both leagues and by and large it reads like a Who's Who of pro star players. We are hoping that the NFL PR staffs will add these AP Awards to the "Honors" sections in their media guides, since none of the teams have them in any complete form.

There were only a few lesser-known players such as safety Bob Riggle of the Falcons, who picked off two passes one being a 62-yard interception return for a touchdown in a win over the Vikings. 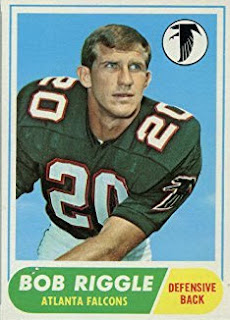