In over 20 years of reading -by-plays (now called ), it was always interesting to see the style of the writing and how much detail the press box play-by-play man would include in his account of the game.

One of the better ones was in Detroit, where the writer often added some extra color to the account. are a just few examples.

Tommy Davis missed a short field goal and the writer apparently could tell that the kicker was embarrassed. 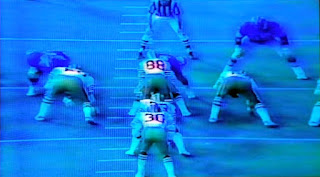 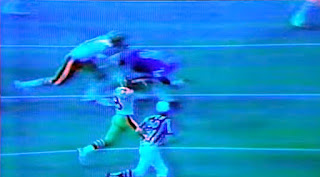 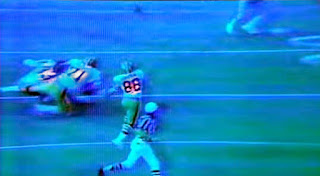 In 1978 wide receiver Freddie Solomon was called into play quarterback in an emergency situation. On a 4th and 12, he had to scramble and the writer called to mind a demonic image.
Here is the play from NFL Films (Fair use claim-for education and criticism)

When tragedy  in 1970, when Lions receiver Chuck Hughes died of a heart attack, the writer included the sounds of the ambulance sirens that were coming to take Hughes to the hospital.