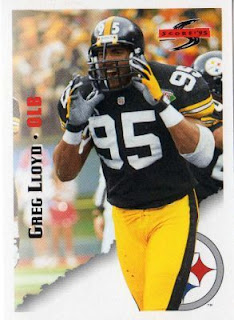 Another of the fine outside linebackers of the late-1980s and 1990s was Greg Lloyd. Certainly he was a  (a who rushes most of the time) at times, but in big portions of his was middle linebacker in the dime defense and one of the two linebackers in the nickel.

Here are his career stats and as always (when possible) the tackles are from NFL Gamebooks. 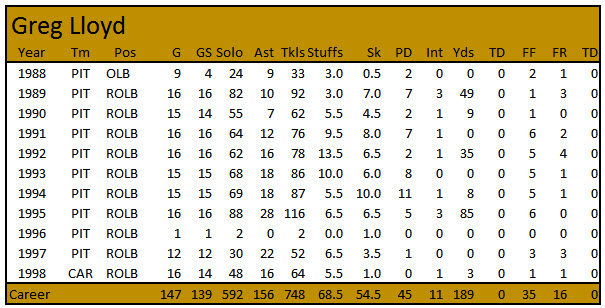 He likely had a couple more forced fumbles that were tallied by the Steelers coaches who had the benefit of video that the Gamebook stat keepers missed. But that is another can or worms we will address at some point: Forced fumbles.
Posted by John Turney at 10:03 PM